Housing has become less affordable for all renters since 2011 as rent appreciation greatly outpaced income growth. But for renters living in predominately black or Hispanic neighborhoods, the situation is decidedly worse.

For renters in minority communities, devoting such a large share of income to rent limits their ability to save for a down payment, which would allow them to transition their costly rent to more affordable mortgage payments.

And when rents are unaffordable, renters begin making sacrifices like forgoing necessary medical or dental care and contributions to retirement accounts.

In markets where rents overall are high for all residents, minority neighborhoods are hit even harder than white communities. In Los Angeles, renters in white communities spend 50 percent of their income on rent – well above the recommended 30 percent, but still far less than renters in black or Hispanic neighborhoods, who pay a premium of 63.7 percent and 63 percent, respectively.

In expensive San Francisco, rent in largely black communities requires the greatest share of the median income (74.8 percent), followed by rents in primarily Hispanic communities (62.5 percent) and then, after a sizable gap, rents in predominantly white communities (48.8 percent).

Boston follows a similar trend, with residents in black communities paying 71.2 percent of the median income, followed by 59.5 percent in Hispanic communities and 34.8 percent in white communities.

“This research sheds light on another example of inequality in the housing market,” said Zillow Chief Economist Dr. Svenja Gudell. “Renters in African-American or Hispanic neighborhoods find themselves in a catch-22 situation: While owning a home is a great way to build wealth, you need to save up some cash to be able to buy. If you’re spending close to half of your income on rent, saving for that down payment is going to be incredibly difficult.”

Still, transitioning from renting to owning remains a challenge for minorities, not only because they have less income left over to save for a down payment, but also because race impacts minorities’ ability to get approved for a mortgage. Home values in predominantly black communities also tend to be much lower than home values in predominantly white communities, contributing to this difference. 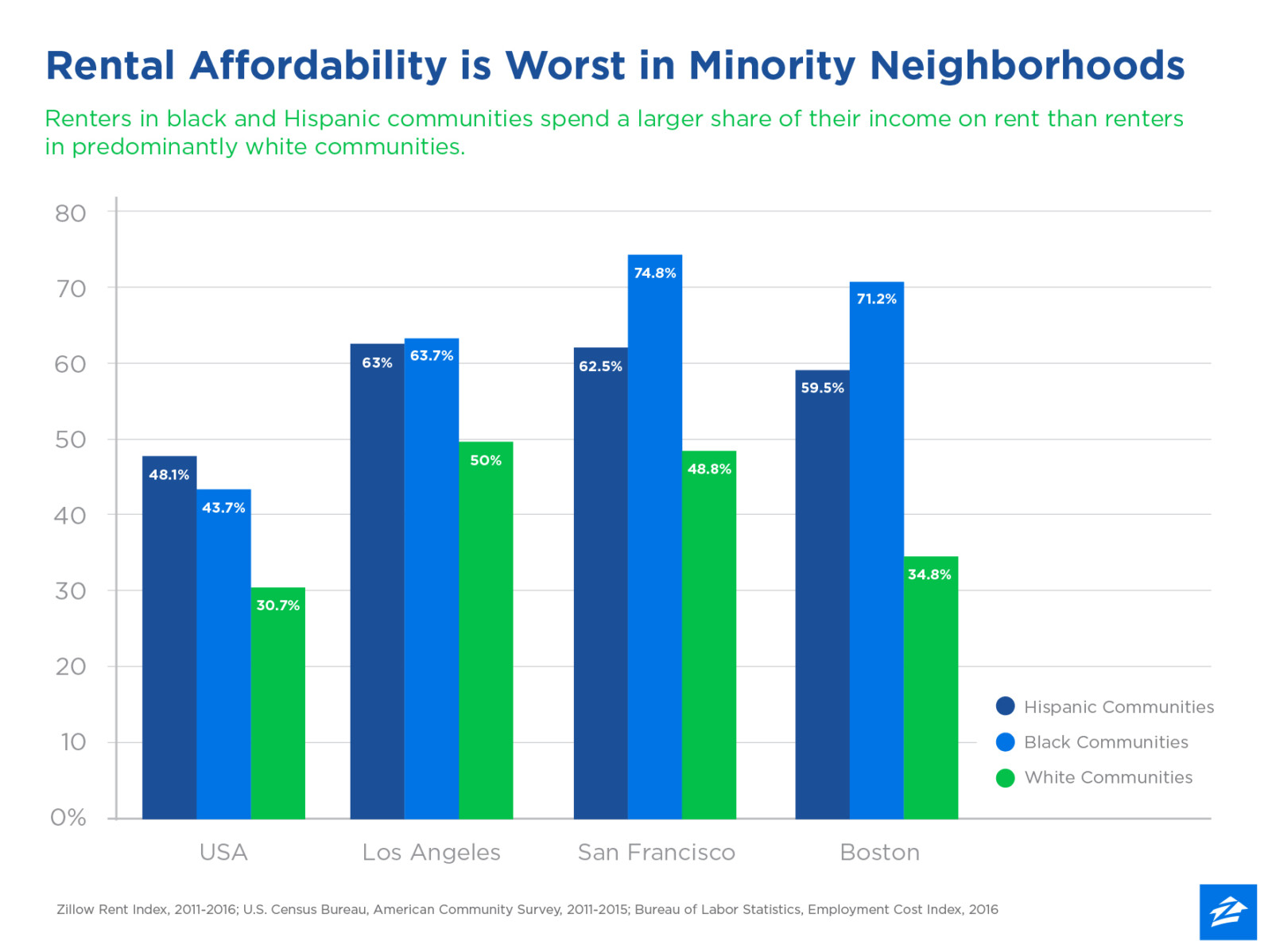 Joe Burrow #9 of the Cincinnati Bengals against the Tennessee Titans during the AFC Divisional Playoff at Nissan Stadium on January 22, 2022 in … END_OF_DOCUMENT_TOKEN_TO_BE_REPLACED