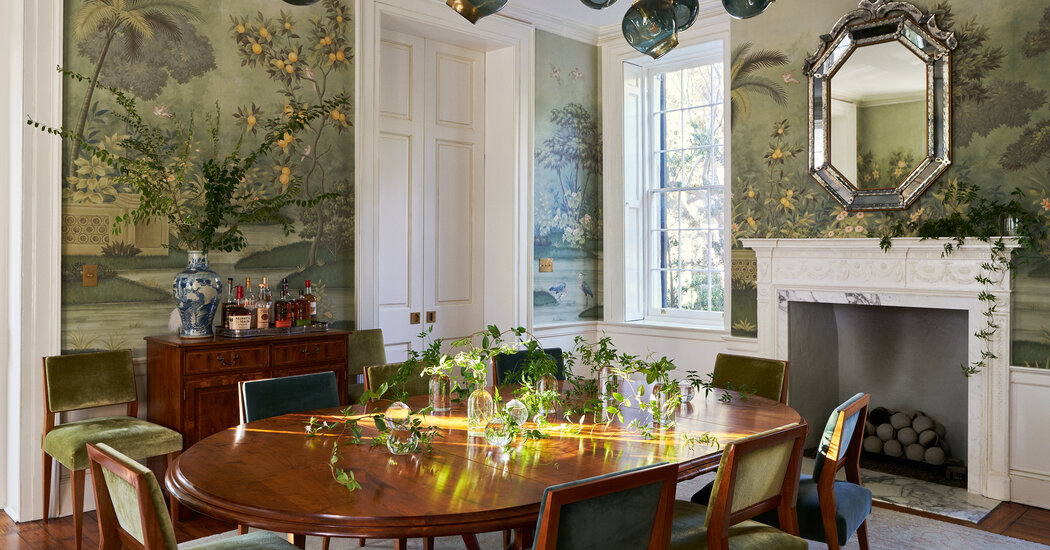 For years, Julie and Rowan Taylor dreamed of what it would be like to live in Charleston, S.C.

After that, they often visited the city from their home in New Canaan, Conn., and their admiration for its handsomely weathered buildings, towering palms and expansive oaks — as well as its thumping urban heart — only grew.

But Mr. Taylor worked for a company based in New York City, and the couple had three daughters who had their own friends and routines, so a move didn’t seem realistic.

E E Fava Architects. Ms. Taylor was game for buying a house that needed some cosmetic updates, although after living through a full-blown renovation in Connecticut, she set a guiding principle for their search: “I didn’t want a project,” she said.

But that was before Mr. Taylor fell for a stately Federal house from 1788 in the South of Broad neighborhood. The house was 8,130 square feet, with expansive rooms and its own walled garden. But it needed a thorough restoration and updating, which they wanted to avoid. Still, Mr. Taylor couldn’t get the house out of his head, so he asked Mr. Fava to take a look.

The Taylors swallowed hard and bought the house for $5.35 million in January 2017. Then they moved into a rental down the street and began the long process of reviving the house with Mr. Fava, Betsy Berry, an interior designer, and Sheila Wertimer, a landscape architect and a partner of Wertimer & Cline.

You have to go back to the start of the coronavirus pandemic to find mortgage rates as high as they are this week.According to the latest data … END_OF_DOCUMENT_TOKEN_TO_BE_REPLACED