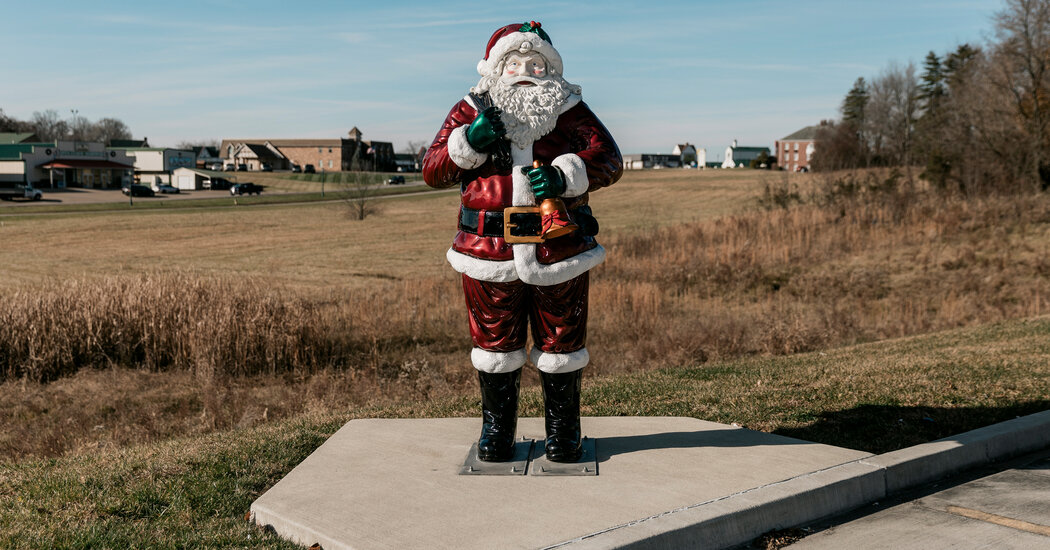 “I have Santa collections from when I was little,” said Ms. Schwab, 62, a retired school administrator. Thus, it became a source of annual annoyance that decking the house with boughs of holly (and twinkly lights) was frowned upon in her Joliet, Ill., neighborhood until Thanksgiving had come and gone.

Almost two years ago, Ms. Schwab and her husband, Robert, a retired carpenter and contractor, began to contemplate relocating to a place with a vastly different feel. “We started researching, and Santa Claus, Ind., came up,” Ms. Schwab said of the town in the southern part of the Hoosier state that bills itself as “America’s Christmas Hometown.”

A Falcon 9 rocket launches the GPS III SV05 satellite on a mission for the U.S. Space Force on June 17, 2021.SpaceXElon Musk's SpaceX broke its own … END_OF_DOCUMENT_TOKEN_TO_BE_REPLACED

The "Dog Whisperer" is also a real estate whiz.Canine trainer Cesar Millan has quickly found a buyer for his $4 million Encino, CA, residence. The … END_OF_DOCUMENT_TOKEN_TO_BE_REPLACED