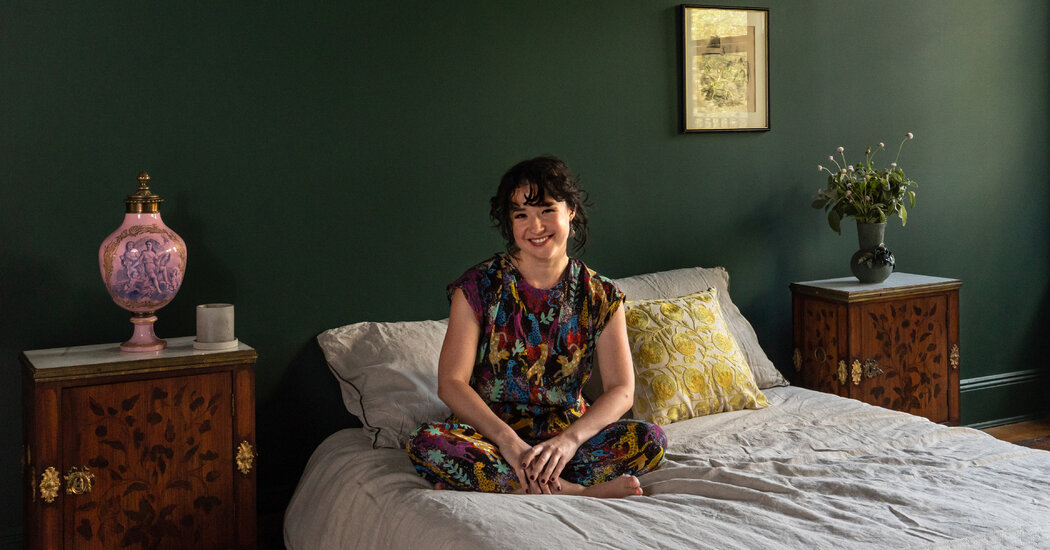 During her 20s, like countless other New Yorkers in that age group, Sarah Steele “bopped around apartments that mostly, you know, weren’t so nice,” she said.

Ms. Steele’s résumé of rentals includes studio apartments in Prospect Heights and Williamsburg, Brooklyn, as well as a diminutive one-bedroom in Williamsburg that she shared with a longtime (now ex) boyfriend.

A few years ago, when a college roommate went through a breakup of her own, “I saw it as an opportunity to live with an old friend. We moved in together in October of 2019, so we did the whole pandemic together basically watching ‘Sex and the City,’” said Ms. Steele, now 33, who plays the fearless secretary turned P.I. turned lawyer Marissa Gold on the Paramount+ legal drama “The Good Fight.” Its sixth and final season begins Sept. 8.

Soon after Herschel Walker, the former football star, announced he would run for U.S. Senate in Georgia as a Republican, his son Christian appeared … END_OF_DOCUMENT_TOKEN_TO_BE_REPLACED

SpaceX launched four people to the International Space Station from Florida on Wednesday, as Elon Musk's company keeps up a steady pace of crewed … END_OF_DOCUMENT_TOKEN_TO_BE_REPLACED