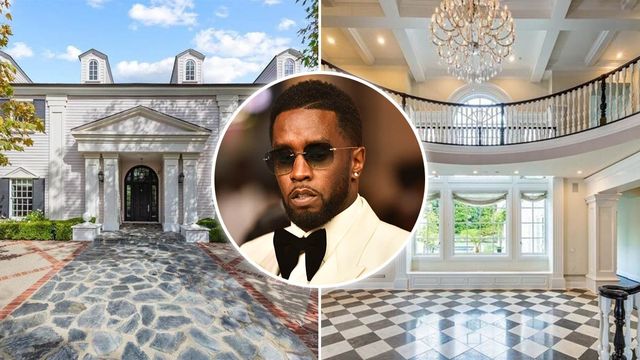 The rapper and entrepreneur Sean “Diddy” Combs has recorded a sale of one of his many homes.

As we mentioned in our rundown of the impresario’s property portfolio, this elegant estate owned by Diddy was purchased for his former partner, Kim Porter.

Back in 2009, the father of six picked up a home for the actress, the mother of three of his children. He paid $5.25 million for the 9,655-square-foot mansion with six bedrooms and seven bathrooms. Tragically, Porter died of pneumonia at the age of 47 in 2018.

In October 2021, the home landed on the market for just under $7 million, and sold about three months later, for the slightly lower amount.

All around, the home hits a high note.

Billed as “one of the largest and grandest homes in Toluca Lake,” the nearly 10,000-square-foot, gated estate sits on a half-acre.

Built in 2003, the mansion is now “ready for the next owner’s updated finishes,” according to the listing.

While the buyer is likely to want to add custom touches, the interiors offer elegant gathering spaces, crown moldings, fireplaces, and built-ins.

Highlights include a two-story entry foyer, a large open kitchen, and a great room that flows to the patio outside. The grounds feature a pool and spa, a patio with a fireplace, and a sport court.

Developed by the builder Nile Niami, the 17,000-square-foot residence in Holmby Hills features all the bells and whistles you might expect, including a 35-seat home theater, a wine cellar, and a lagoon-style pool.

Over on the East Coast on Star Island, off Miami Beach, FL, the “Bad Boy for Life” made headlines last year when he picked up a waterfront home long owned by Gloria Estefan, for $35 million.

This 1.34-acre property allows P. Diddy to create a compound in the exclusive Florida locale. He already owns the home next door, which he purchased in 2003 for $14.5 million.

AUSTIN, Texas--(BUSINESS WIRE)--As the first multifamily management company to be recognized in the Public Relations and Marketing Excellence Awards, … END_OF_DOCUMENT_TOKEN_TO_BE_REPLACED

There have been whispers of cooling housing and rental prices in the San Francisco Bay Area, but that hasn't yet translated into practical, noticeable … END_OF_DOCUMENT_TOKEN_TO_BE_REPLACED

Cars pass in Independence Square at twilight in Kyiv, Ukraine, Monday, Oct. 31, 2022. Rolling ... [+] blackouts are increasing across Ukraine as the … END_OF_DOCUMENT_TOKEN_TO_BE_REPLACED