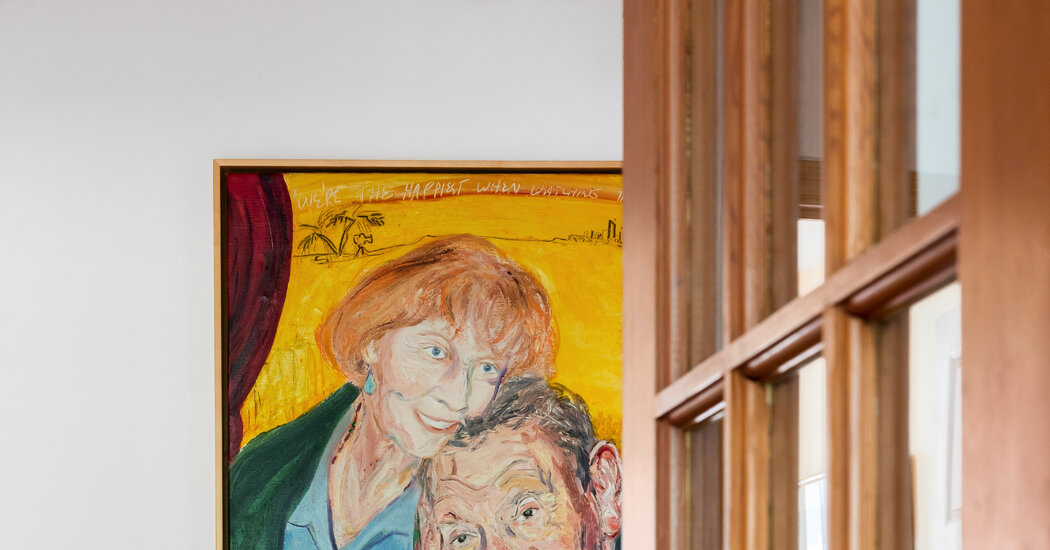 The longtime Upper West Side home of the comedy team Jerry Stiller and Anne Meara, an expanded co-op where they raised their two children, wrote and collaborated on material and entertained a host of celebrities, is coming to market for the first time in more than half a century.

The asking price for the fifth-floor residence at 118 Riverside Drive is $5 million, with $7,593 in monthly maintenance, according to Bruce Ehrmann, a broker at Douglas Elliman Real Estate who is listing the property with his colleague Andrew Anderson.

also an actor, said. “My mom was pregnant with my brother, and the landlord asked if he could touch her stomach. He wanted to make sure she wasn’t pretending to be pregnant.”

Mr. Stiller and Ms. Meara bought the unit after the 1929 orange-brick apartment house was converted to a co-op in 1968, then in the early 1980s, they acquired 5A next door and combined the two spaces. (The 16-story Renaissance Revival building, with Art Deco detailing, and neighboring No. 110, are part of a two-building complex facing Riverside Park between 83rd and 84th Streets.)

Target has added new brands to its beauty department. At a growing number of stores, it also has mini Ulta Beauty shops with prestige brands.Melissa … END_OF_DOCUMENT_TOKEN_TO_BE_REPLACED

Just a few months ago, builders couldn't put homes up fast enough to appease the hordes of eager buyers. They boasted about lengthy waitlists, even … END_OF_DOCUMENT_TOKEN_TO_BE_REPLACED