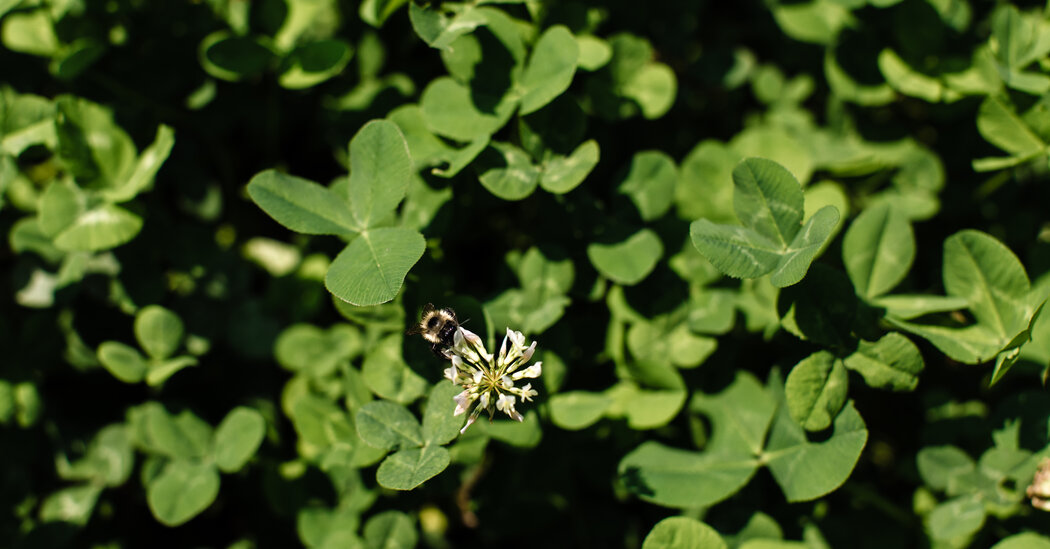 Edwina von Gal thinks that grass lawns can become like cigarettes: something that was once in vogue and backed by a massive industry that can be rebranded as an unhealthy and costly symbol of American corporatism.

One possible way to achieve that, says Ms. von Gal, founder of the nonprofit Perfect Earth Project, is by popularizing clover lawns. Online, photos and videos of clover lawns have frequently gone viral — #cloverlawn has over 65 million views on TikTok — and an aesthetic shift away from traditional grass lawns is already in full bloom.

“We call it our fairy garden. It’s very whimsical,” said Angelina Murphy, a content creator in Los Angeles who documented the cultivation of her clover lawn on TikTok. “We’ve been conditioned to believe that the perfectly manicured grass lawn is what you should have, but we think that it looks much better this way.”

podcast with the actress and Goop founder Gwyneth Paltrow.

Ms. von Gal, a landscape designer, defines a clover lawn as any patch of green that “allows clover to move in and weave its way through,” rather than a purely clover-filled lawn, which would mean “building a monoculture where you’re tasked with weeding out all the other stuff that moves in,” she said.

With wildfires, droughts and heat waves affecting much of the United States this summer, and extreme temperatures anticipated for years to come, a smooth, grassy lawn might become nothing more than a pipe dream for many Americans.

regulators have banned using drinking water for irrigating decorative grass in many areas. Clover, which is more heat and drought tolerant than grass, is an alternative that could still allow for pleasant lawns, while steering people away from wasting water and resources to keep their grass lush.

Soon after Herschel Walker, the former football star, announced he would run for U.S. Senate in Georgia as a Republican, his son Christian appeared … END_OF_DOCUMENT_TOKEN_TO_BE_REPLACED

SpaceX launched four people to the International Space Station from Florida on Wednesday, as Elon Musk's company keeps up a steady pace of crewed … END_OF_DOCUMENT_TOKEN_TO_BE_REPLACED