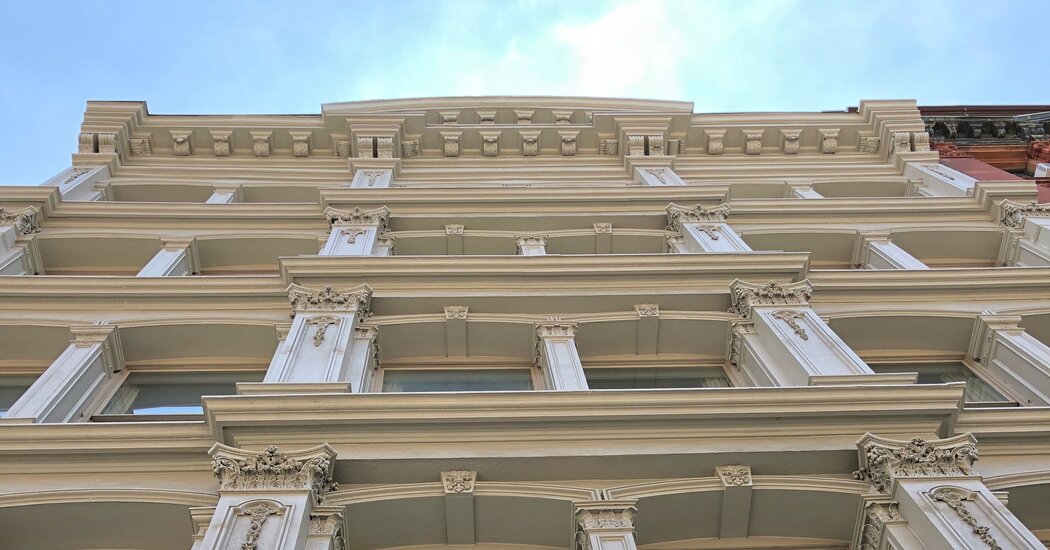 For the second time in just over a year, a sprawling triplex on Broome Street set a record for the highest price paid for a single residence in SoHo.

The sale price was $49 million, roughly 40 percent more than the $35.1 million, the previous neighborhood record, the apartment sold for in October 2020. It was also the most expensive closing in New York City for the month of November.

Several other sizable closings were recorded in downtown Manhattan during the month, including two penthouses at 56 Leonard, the distinctive Jenga-like glass skyscraper in TriBeCa. The apartment at the pinnacle sold for $45 million, the unit two levels below for $30.1 million.

bought Jeffrey Epstein’s longtime residence on the Upper East Side last winter, sold the duplex penthouse he shared with his wife, Blake Daffey. The price was $24.6 million. And in the West Village, a four-story townhouse with a garage was bought for $17.6 million, nearly $1.7 million above the asking price.

The loftlike apartment, encompassing the fifth through seventh floors, has around 8,000 square feet of interior space, with three bedrooms and five full and two half bathrooms, along with two kitchens, a media room and a gym. There is also a roof deck and six landscaped terraces, totaling 3,800 square feet, one of which includes a hot tub.

GameStop’s stock. But he and his wife, Irina Shaulov, made a handsome profit on the apartment sale, having bought it in April 2017 for nearly $26.8 million.

listing with Leslie J. Garfield, but could be converted into “an unrivaled single-family West Village mansion.”

Many property purchasers in Alaska possess the same vision: Either hunker down away from the madding crowds in a refined log cabin or operate a … END_OF_DOCUMENT_TOKEN_TO_BE_REPLACED