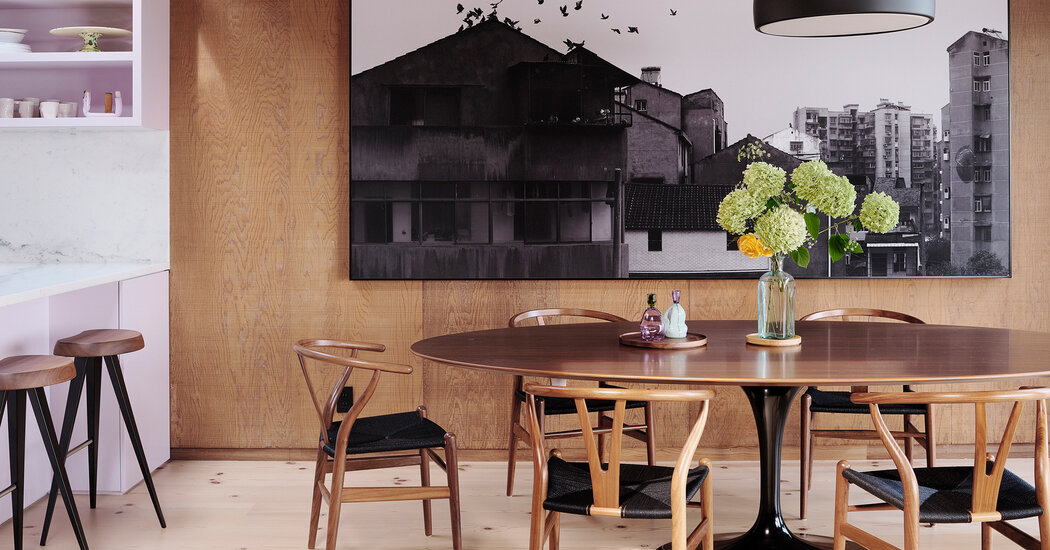 When Gagan and Jasmin Arneja bought a Bay Area hillside home designed in 1975, they knew it would need some work. But with big windows offering expansive views over San Francisco and an interior lined with distinctive redwood-plywood paneling, there was already a lot about the house they liked.

So after closing on it in 2011 for about $1.5 million, they moved in without changing a thing. “We believe it takes at least three to four years before you understand the quirks, and the pros and cons, of a house,” said Ms. Arneja, a photographer. “We didn’t want to tear it up or remodel it before we even had a chance to get to know the house.”

“The house changes through the seasons,” added Mr. Arneja, a software engineer at Arista Networks, noting that the home, designed by the architect Albert Lanier, has overhangs that allow the interior to be flooded with sunlight in the winter, while shading it in the summer — something they wouldn’t have understood without living there.

Monica Viarengo, a landscape designer who had been consulting with the couple’s second architect, believed she knew just the right person for the job: her husband, Brett Terpeluk, the principal of Studio Terpeluk. When the Arnejas met him, it felt like a perfect match.

“I think Brett’s sensibility veers toward the Italian sensibility,” Mr. Arneja said. “It’s not about creating these blank, clean, modern lines; it’s really about, in totality, how everything feels warm.”

Mr. Terpeluk saw why the couple wanted to preserve so much. “When I walked into the house, the architecture just really resonated with me,” he said. “It has such a beautiful, almost mystical quality, in the way the space embraces you. Taking a curatorial approach to maintaining that, while upgrading the house, was the right approach.”

His plan called for expanding and finishing the bottom level, to make space for an office and a media room with a kitchenette that looks out to a new garden designed by Ms. Viarengo; updating the bedrooms and bathrooms on the second level; and making surgical additions to the main living spaces on the top floor.

AUSTIN, Texas--(BUSINESS WIRE)--As the first multifamily management company to be recognized in the Public Relations and Marketing Excellence Awards, … END_OF_DOCUMENT_TOKEN_TO_BE_REPLACED

There have been whispers of cooling housing and rental prices in the San Francisco Bay Area, but that hasn't yet translated into practical, noticeable … END_OF_DOCUMENT_TOKEN_TO_BE_REPLACED

Cars pass in Independence Square at twilight in Kyiv, Ukraine, Monday, Oct. 31, 2022. Rolling ... [+] blackouts are increasing across Ukraine as the … END_OF_DOCUMENT_TOKEN_TO_BE_REPLACED