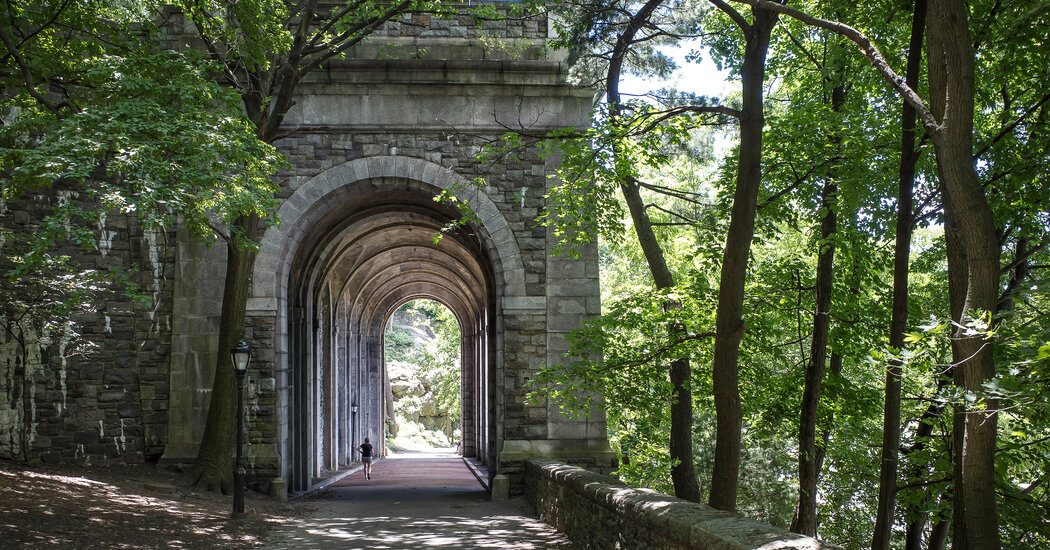 When Gabriela Madera graduated from Fordham University in 2009, she was eager to leave the family nest in Washington Heights for a place of her own in the vibrant Upper Manhattan neighborhood that she has always called home.

Instead, she listened to her parents’ advice to stay put until she could buy rather than rent. Ms. Madera, 33, a research coordinator in a biomedical lab, saw her patience pay off in 2018, when she and her younger sister, Laura, bought a one-bedroom, one-bath co-op for $369,000 on the west side of Washington Heights.

celebrated in the new film adaptation of Lin-Manuel Miranda and Quiara Alegría Hudes’s Broadway show “In the Heights” — Washington Heights allows Ms. Madera, whose parents were born in the Dominican Republic, to “have my Dominican roots.” At the same time, the wide range of restaurants means that she also has “the option of a classic American burger, or Indian food, or Italian.”

In recent years, the neighborhood’s moderate rents and large apartments have broadened its appeal, creating concern among some residents that gentrification will drive out middle- and working-class households and mom-and-pop businesses.

“I view Washington Heights as the last bastion of affordability in Manhattan,” said Katherine Diaz, a resident and a political consultant to the City Council candidate Angela Fernandez before the June primaries.

“Washington Heights has among the highest number of rent-stabilized apartments in the city, so gentrification” — with its threat of market-rate rents — “is a huge concern,” said Ms. Diaz, who is also the first vice-chairman of Community Board 12, covering Washington Heights and Inwood to the north. (She emphasized that she was speaking for herself, not for the board.)

Join Times theater reporter Michael Paulson in conversation with Lin-Manuel Miranda, catch a performance from Shakespeare in the Park and more as we explore signs of hope in a changed city. For a year, the “Offstage” series has followed theater through a shutdown. Now we’re looking at its rebound. In Hudson Heights, west of Broadway, stately apartment buildings, some with Art Deco features, create a serene atmosphere. Particularly imposing is Castle Village, a five-building co-op on 7.5 acres overlooking the Hudson. Nearby is Hudson View Gardens, a 1924 Tudor Revival co-op that is on the National Register of Historic Places.To the east, “some buildings are more mixed-use, residential and commercial,” said Adrivel Ruiz, an associate broker with Sovereign.The neighborhood is also home to a number of medical and academic institutions, including Columbia University Irving Medical Center and branches of Yeshiva University and Boricua College. “A lot of doctors and nurses and other medical personnel rent and buy in the neighborhood,” Mr. Pulice said. “We rent apartments to a lot of Yeshiva students as well.”Among the many green spaces in the area is Bennett Park, on the highest point in Manhattan, 265 feet above sea level. (During the Revolutionary War, the Continental Army built Fort Washington on this site.)Another attraction is the 67-acre Fort Tryon Park, which includes the Met Cloisters, part of the Metropolitan Museum of Art. With its lawns, gardens and Hudson River views, the park is “the jewel of the neighborhood,” Mr. Pulice said.What You’ll PayThe median price of the 182 properties sold in 2020 was $536,345, a drop of 1.7 percent from the 2019 median of $545,826 for 279 units sold, Mr. Pulice said.This year, however, both sales volume and inventory are up, according to data provided by Brown Harris Stevens: From January to May of 2021, 117 homes sold, compared with 79 during the same period in 2020, and there were 181 new listings on the market during that time, compared with 83 during that period of 2020. The median sale price this year, through May, was $529,000; in 2020, it was $599,000.“This is not a normal market,” said Ms. Ruiz, of Sovereign Associates. “With the pandemic, the market changed — it became a buyer’s market; it became a renter’s market.”But with the apparent ebbing of the pandemic, demand and prices are beginning to rebound: “The deal you were going to get last year is not what you are going to get now,” she said.As of mid-June, there were 196 properties listed for sale on Realtor.com, from a two-bedroom at 526 West 158th Street, a co-op with H.D.F.C. income restrictions, listed for $120,000, to a seven-bedroom, seven-bath townhouse at 422 West 160th Street, divided into four condominium units, listed for $3.6 million.StreetEasy showed 488 rentals available, from a 350-square-foot studio at 100 Cabrini Boulevard, listed for $1,347 a month, to a five-bedroom, two-bath unit at 452 Fort Washington Avenue, for $4,900 a month.The VibeWith a population of nearly 153,000, according to census data, and enclaves like Hudson Heights to the west and Fort George to the northeast, Washington Heights has several distinct vibes.Along West 181st Street, shoppers buy Russian delicacies at the Moscow on the Hudson grocery. On the East Side of the street, the beat is Latin, with pulsing music streaming from passing cars and outdoor vendors selling fruit and piraguas — the Puerto Rican shaved-ice dessert — as well as clothing and costume jewelry.That shopping thoroughfare, Ms. Diaz said, is “the heart of Washington Heights,” adding that the streets from East 157th to East 193rd have “the natural hustle and bustle of a community.”A historic aspect of the Heights is preserved at Sylvan Terrace, lined with 19th-century rowhouses. The cobblestone street was originally the carriage path for the Morris-Jumel Mansion, Manhattan’s oldest surviving residence, now a museum.But not all the arts in Washington Heights are in a museum. Because of relatively affordable rents and easy access to transportation, “there are a lot of musicians and performers living in the area,” said Mr. Poelle, the actor. “There tend to be many opportunities to hear live jazz combos in the local park, or a horn quartet.”The SchoolsWashington Heights is in Community School District 6, whose 39 schools also encompass Hamilton Heights and Inwood.

Washington Heights schools include P.S./I.S. 187 Hudson Cliffs, on Cabrini Boulevard, which has 739 students in prekindergarten through eighth grade. According to the 2018-19 School Quality Snapshot, 70 percent of students there met state standards in English language arts, compared with 47 percent citywide; 66 percent met state standards in math, compared with 46 percent citywide.

Helene Thiesen was one of 22 Inuiit children separated from their families in Greenland 70 years ago. Editor’s note: This story is part of CNN’s … END_OF_DOCUMENT_TOKEN_TO_BE_REPLACED