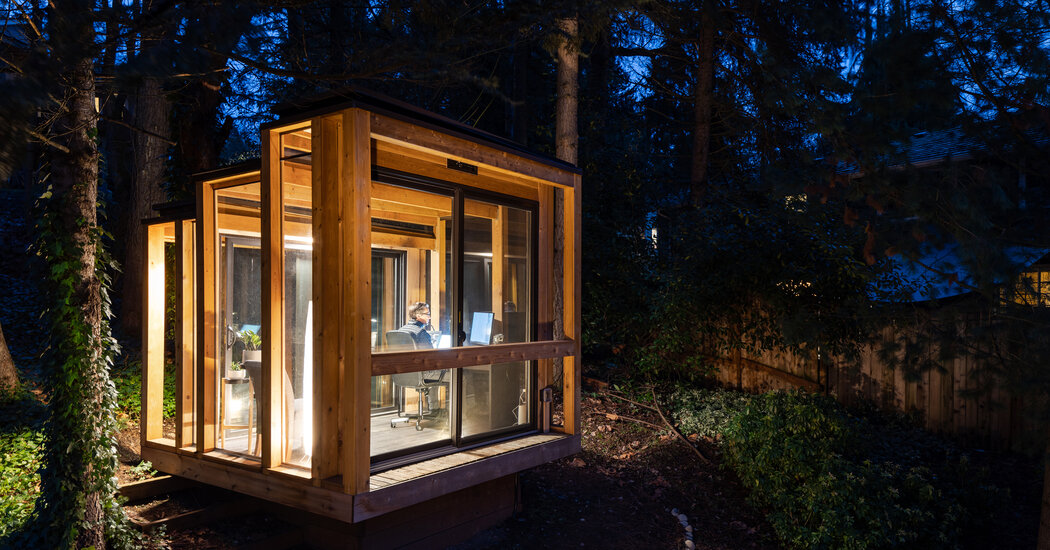 If the average person were to hollow out a tree branch, turn it into a light fixture and hang it over a dining room table, it would look like the work of a Cub Scout. But in Constantin Boym’s weekend home in the Hudson Valley, the branch is perfection. Not too crusty, not too knobby, so artless as to be almost invisible.

Mr. Boym, the chair of the industrial design department at Pratt Institute in Brooklyn, and co-principal with his wife, Laurene Leon Boym, of the design company Boym Partners, is very good at making things and has recently had lots of opportunities.

Sequestered with his family for 18 months in their 1955 cabin in Esopus, N.Y., he embarked on a long busman’s holiday. Inside, he designed a second bedroom for the couple’s 24-year-old son, Rob, and a mudroom where the refrigerator and laundry appliances could live.

For people fortunate enough to own a country home during a pandemic, the relief of having a refuge is often tempered by the stresses of making it work. Stuffing a weekend house with a full complement of family members puts a strain on more than the septic system. And with the shortage of available contractors and the scarcity and expense of building supplies, it hasn’t been easy to renovate one’s problems away.

Which gives designers like the Boyms an advantage: Subjected to the same pandemic conditions as the rest of us, they are equipped to make scrappy home improvements that help maintain their sanity. They can act as their own general contractors, nudging the results they want from builders, electricians and plumbers, or they can do the jobs themselves, without making them look D.I.Y.

It pays to be hands-on and off-the-shelf (or out-of-the-forest). Mr. Boym estimated the cost of the art studio, built with hired help, at $20,000. Yet choosing humble materials like $27 worth of pressure-treated lumber for an outdoor bench that will last half a century is not just a matter of thrift, he said, but a commentary on consumption. He quoted the Russian Constructivist artist Vladimir Tatlin’s support of “not the old, not the new, but the necessary.”

The Door-Man,” a multigenerational saga that centers on the fossil discoveries of the real-life 20th-century paleontologist Winifred Goldring, is due out on Feb. 1 from Fomite Press.

New York-based architects, along with their domestic partner and financial manager, David Poma, had been occupying a renovated gatehouse on 82 acres of protected land as their weekend home, but its 800 square feet left no room for hobbies, much less work. Limited by covenant to 600 square feet for the new structure, they laid out three small studios side by side, connected by a pair of bathrooms, one with a toilet, the other with a shower.

“We wanted to use every bit of space,” Mr. Tsao said. “I always thought that corridors were pointless.” The trio of rooms can also be reached from a common screened porch at the end.

The building looks out to an apple orchard and is painted a color based on tree-bark samples collected by the architects and mixed by Benjamin Moore. “Six hundred square feet for a studio is not meant to be a razzmatazz design statement,” Mr. Tsao said. It is meant to blend in with the flora.

The building nevertheless had a razzmatazz price — $350,000 — despite the use of engineered flooring, supplies from the local lumberyard and hardware store, and only a slight indulgence in Heath tiles for the bathrooms. “The cost of construction is just skyrocketing,” Mr. Tsao said.

The rural setting has rubbed off on them in profound ways; they are reclaiming oversight of the apple orchard, which had been outsourced to a local farmer, and turning it organic. “We want to spend more time here to truly understand what agrarian life and culture is about,” Mr. Tsao said.

NBBJ, recalled about the period in which he was under one roof with his wife and three remote-schooled children. What emerged out of desperation (plus an architect-build-it-thyself urge) was a 70-square-foot free-standing office in his backyard in suburban Bellevue, Wash.

The co-lead of NBBJ’s corporate design practice, Mr. Mullenix was like a scientist dosing himself with his own serum. His advice for clients trying to adapt workplaces for the future, he said, is to “test it — don’t try to make it perfect the first time out.” His little office is a model of minimalism just waiting to be tweaked. 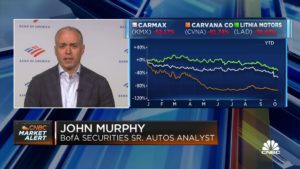 When you’re searching for—and ultimately settling into—a new house, it’s all about prioritizing the to-do list. And in these days of … END_OF_DOCUMENT_TOKEN_TO_BE_REPLACED

More From ForbesOct 7, 2022,12:14pm EDTMenopause Supplement Industry To Grow To $22.7 Billion By 2028 As Women Seek Out Alternative … END_OF_DOCUMENT_TOKEN_TO_BE_REPLACED