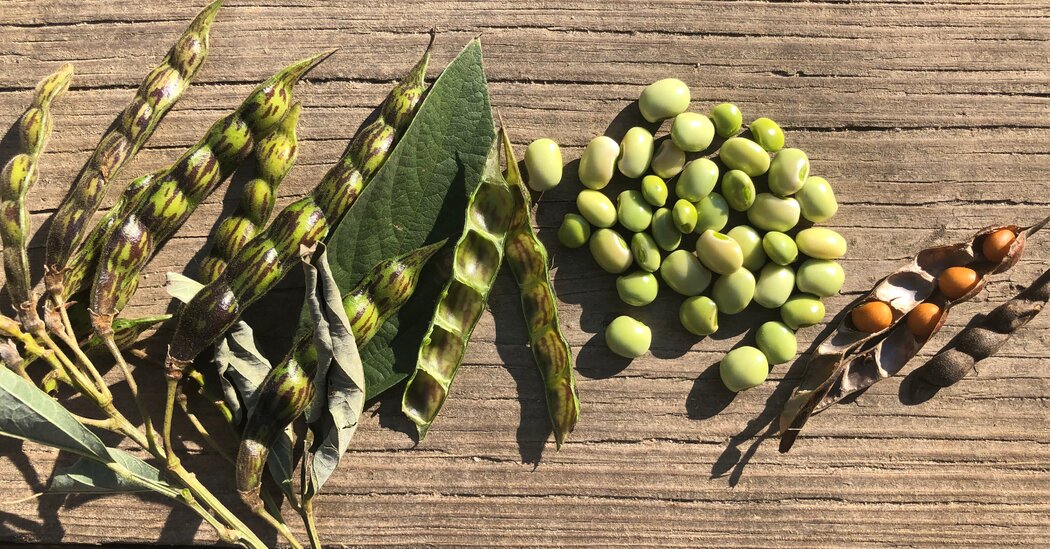 It’s no secret where to get seeds for famous-name tomatoes like Sun Gold or any of the other catalog standbys you’ve come to count on. But don’t stop there.

An entire world of genetic diversity and cultural history is available to those who look a little further, courtesy of an emerging group of seed sellers who combine a passion for the unusual with a mission behind each offering.

The mission behind a particular seed variety may be environmental: perennial versions of favorite edibles like kale, for instance, that mean less tilling and therefore less carbon released into the atmosphere, which is especially important on a farming scale. Or it may be to preserve and disseminate traditional seeds from places like Afghanistan, Sudan or the Maldives, threatened communities where the genetics of ancestral plants are imperiled by strife or climate havoc.

Come for the irresistibly unusual: the Guatemalan Green-Fleshed Ayote winter squash (not your standard orange), the Chinese Pink celery, with its startlingly vivid stalks, or the Sacre Bleu kidney beans (yes, blue). But stay — as Mr. Kleinman and the founders of other like-minded companies hope you will — for the future-focused optimism: not just the seeds’ personalities and the bounty they promise, but the deeper possibilities they represent.

To get adventurous gardeners started, Mr. Kleinman put together a short list of some of his colleagues in the small-scale organic seed movement. And yes, he regards them as colleagues — not competitors.

Peace Seedlings, where peas with yellow or purple pods and marigolds that grow to six feet or higher are among the diverse headliners.

Experimental Farm Network lists a turnip grex and golden beet grex, originally from Dr. Kapuler, and another called Homesteader’s Kaleidoscopic Perennial Kale, bred by Chris Homanics. These are bushy plants that display a range of leaf colors, some with dramatic variegation.

“What tends to blow people’s minds about the grexes and populations that don’t grow true to the previous generation is that every seed has the potential to be something completely new that’s never been seen before,” Mr. Kleinman said. “Most seed companies would never sell them, but we like to offer people that mystery and the excitement of not knowing what’s coming.”

Truelove Seeds, in Philadelphia, also focuses on culturally important varieties, many of them ancestral seeds of growers in the company’s network. These growers understand which traits to select for, so they know best how to preserve any given variety — like the Northern-adapted strain of pigeon peas, or gandules, for example, which East New York Farms in Brooklyn brought to the Truelove mix.

At the West Virginia-based Two Seeds in a Pod, the traditional crops of Turkey are the focus. An astonishing range of peppers beckons, alongside Anatolian watermelons with seeds that look as if an artist had carved decorative markings into them.

A new source offering its first list of seeds this month is Ujamaa Cooperative Farming Alliance, a Black- and Indigenous-led company with a focus on African and African-American crops like Ethiopian kale, Alabama Red okra and four types of collards.

Perennial Edibles and Hope for the Future

Adaptive Seeds in Oregon, a catalog rich with open-pollinated food and flowers. “They gave us two sorghum heads full of seed,” Mr. Kleinman said, “and now they, in turn, carry a South Sudanese variety from us.”

Each order taken at one of these places means more genetics have more chances to grow and express themselves — to adapt and evolve.

“Seeds carry almost infinite potential,” Mr. Kleinman posted recently on the @experimentalfarmnetwork Instagram. “They brought us to this day and they’ll carry us to the next.”

SEATTLE--(BUSINESS WIRE)--(NASDAQ: RDFN) —The housing market turned a corner in April as the inventory crunch showed signs of easing, according to a … END_OF_DOCUMENT_TOKEN_TO_BE_REPLACED

We present a chance to live like Rocky Mountain royalty right in the heart of Denver. “You don't see a lot of castles in the middle of Denver—and this … END_OF_DOCUMENT_TOKEN_TO_BE_REPLACED