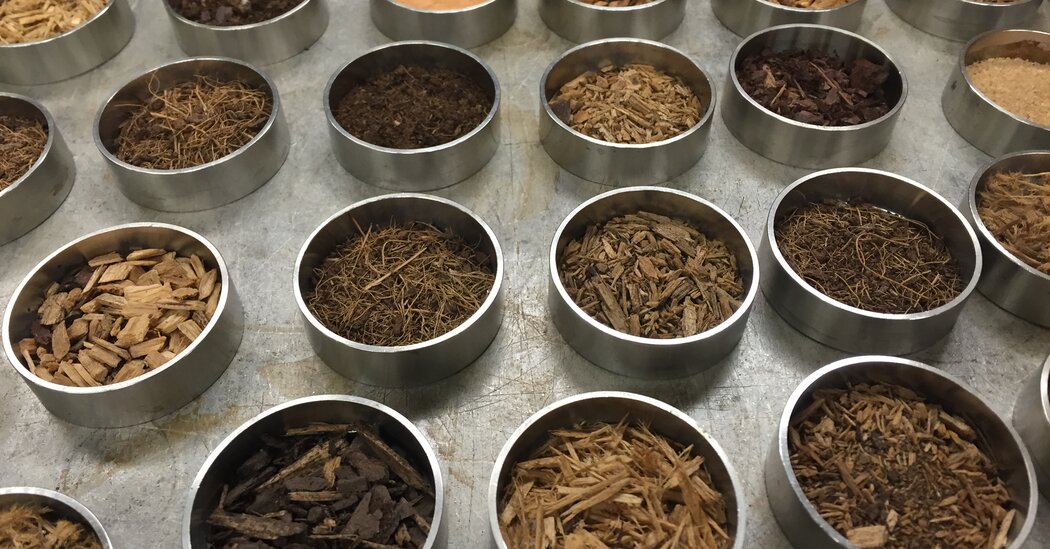 Environmental leaders and other high-profile voices like Monty Don, the British horticulturist, author and broadcaster, have been sounding the cry: Gardeners should stop using peat, because the consequences of its continued harvest on diverse peatland habitats, and the native plants and animals that inhabit them, are too high.

But most such edicts don’t include precise directions on what to use instead — at least, suggestions that reliably translate to success, particularly for seed starters.

If I gardened in the United Kingdom, where government timetables for banning peat in horticultural products have accelerated product research and development, the answer would be easier to come by.

Brian E. Jackson, an associate professor in the department of horticultural science at North Carolina State University, whose graduate degrees and career have focused on soilless growing media, or substrates. Dr. Jackson, the director of the university’s horticultural substrate laboratory, is one of a handful of scientists at public universities in the United States studying the role of these materials in horticulture and agriculture.

Like many gardeners, I want to contribute to protecting peatland habitats, I told him. Peatlands provide hydrological services, filtering water and acting as giant sponges to prevent flooding.

The loudest argument, though, in the call for “bogs not bags” — as in, don’t harvest it from the bog to bag it for sale — is the critical role of peatlands as vast carbon sinks. Peat extraction releases substantial CO2, a greenhouse gas, contributing to climate change.

Oh, and I want something else, too, I told Dr. Jackson: I want my plants — especially the most vulnerable of all, the vegetables and flower seeds I’ll sow in flats and cell packs — to thrive. I’m seeking the results achieved with particular peat-based products I’ve relied upon, among many choices marketed since peat was introduced to horticulture in the 1960s, becoming what he calls “the Rolls-Royce of soilless growing media.”

Canadian Sphagnum Peat Moss Association. Only 22 percent of U.K. peatlands are in “a near natural or rewetted condition,” according to the Office for National Statistics there.

Peat bans and other environmental efforts are not the only triggers causing what Dr. Jackson calls “a perfect storm” of soilless-media demand, forecast to increase as much as fourfold by 2050. The cannabis boom is another factor, as are industry shifts to growing crops like berries and citrus fruit in soilless growing systems, rather than in the field. And so is the pandemic-fueled gardening boom.

Monty Don’s blog to compost some fallen leaves into leaf mold. Segregate a pile, mow over to shred it and then let it age. Screen or sieve the crumbly stuff before using.

It is wood products that will fill the biggest part of the peat-alternative puzzle here and globally, Dr. Jackson said. No other raw organic material is as available or in greater supply, often as a byproduct of lumber and other forestry operations.

And not just composted bark, but also new engineered products made from trees’ inner wood. He and other researchers have spent 18 years sourcing, processing, formulating and learning to use noncomposted wood products as soilless-media additives.

“Changes are happening, and solutions are on the way for those consumers who want them,” Dr. Jackson said. “In the meantime, there are options to be educated, be selective in which products you try, and to implement gradual trials yourself.”

MUSCATINE, Iowa--(BUSINESS WIRE)--HNI Corporation (NYSE: HNI) announced today its Board of Directors declared a quarterly dividend of 32 cents per … END_OF_DOCUMENT_TOKEN_TO_BE_REPLACED

Tokyo (CNN) — The Japan Tourism Agency announced on Tuesday, May 17 that it would start allowing small group tours in May as part of a "test tourism" … END_OF_DOCUMENT_TOKEN_TO_BE_REPLACED

If you’re superstitious, today is your day.That's because it's Friday the 13th (the only one of the year, in fact). It's a day when bad juju reigns … END_OF_DOCUMENT_TOKEN_TO_BE_REPLACED