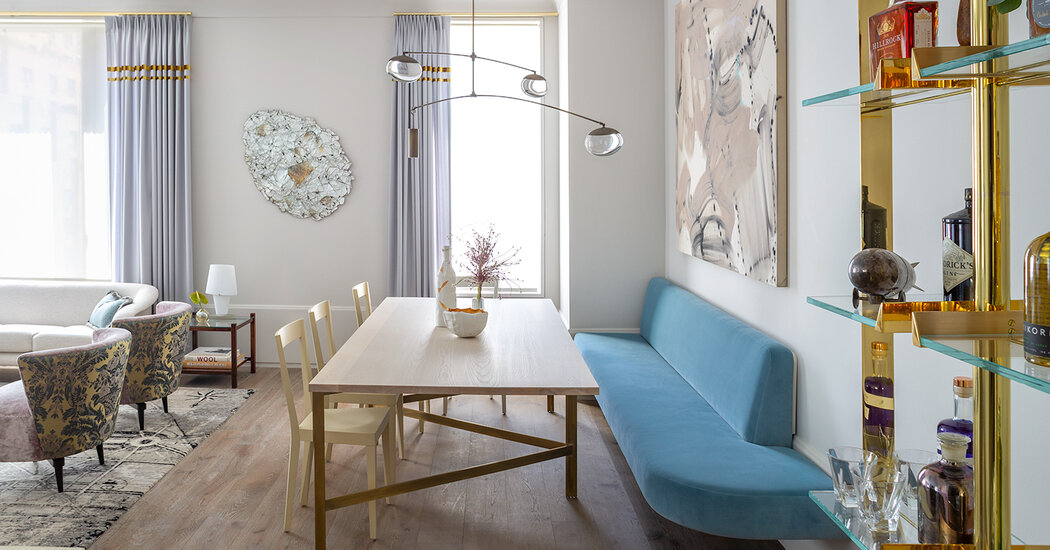 When most of us think about furniture, our minds conjure the obvious: chairs, sofas, daybeds. But there’s another option, and it’s one that is not only welcoming and enveloping, but also relatively compact: the built-in banquette.

“A banquette can really ground a room and make it feel cozy and nurturing,” said Nancy Ruddy, a founding principal of the New York-based architecture and design firm CetraRuddy. “It can also be a design focal point, as a contrast to free-floating furniture. In our single-family work, we’re integrating more and more of them.”

Although not as common in residential settings as sectional sofas, banquettes aren’t a new idea. The fireside inglenook — where built-in banquettes by a fireplace offered a place to warm up on chilly days — was a popular feature in homes more than a century ago, including some designed by the architect Frank Lloyd Wright, Ms. Ruddy noted.

Reath Design, frequently uses banquettes to design kitchens that encourage casual conversation. In a midcentury-modern house she renovated in Altadena, Calif., she added a long banquette at the end of the kitchen, against a wall of windows. The owner of the house loves to cook, Ms. Merrill said, “and she was like, ‘I want people to hang out with me when I’m cooking.’”

In another renovation in Los Angeles, Ms. Merrill designed a U-shaped banquette beside the kitchen as the family’s main dining space, freeing up the old formal dining room for other purposes.

Hollis Jordyn Design built the dining room around a custom banquette. “We thought we could make it not only an area where you eat, but also a cozy place to spend time,” said Hollis LaPlante, who founded the firm with Jordyn Grohl. “We felt it almost needed a couch, so we did an upholstered banquette piled with pillows.’”

Chiara de Rege, a New York-based interior designer, created a sophisticated play-and-homework space for older children in an Upper West Side apartment by squeezing a banquette into what was previously a wide hallway. “It just made sense to utilize this kind of dead space,” Ms. de Rege said.

She also added a built-in window seat — a sibling to the banquette — in one of the children’s bedrooms, to take advantage of an oblique view to Central Park.

A1000xBetter, used the footprint of a banquette to create a space within a space. The piece extends along one wall, below a window, then makes a 90-degree turn into the room.

“When you’re working with open spaces, it can be tricky to make them feel cozy and delineated,” Ms. Blazek said. “Adding that return to the banquette makes it feel more enclosed.”

AUSTIN, Texas--(BUSINESS WIRE)--As the first multifamily management company to be recognized in the Public Relations and Marketing Excellence Awards, … END_OF_DOCUMENT_TOKEN_TO_BE_REPLACED

There have been whispers of cooling housing and rental prices in the San Francisco Bay Area, but that hasn't yet translated into practical, noticeable … END_OF_DOCUMENT_TOKEN_TO_BE_REPLACED

Cars pass in Independence Square at twilight in Kyiv, Ukraine, Monday, Oct. 31, 2022. Rolling ... [+] blackouts are increasing across Ukraine as the … END_OF_DOCUMENT_TOKEN_TO_BE_REPLACED