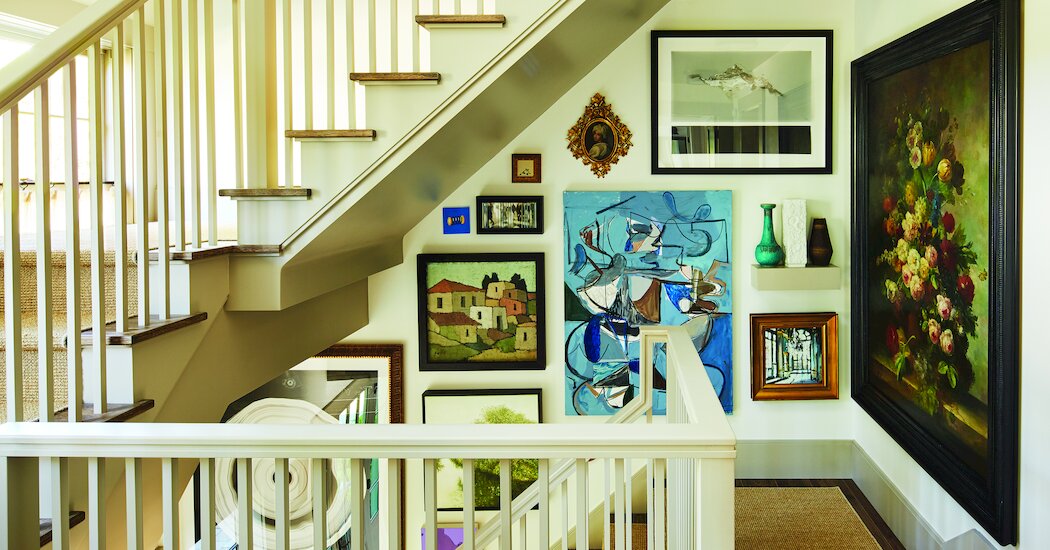 Your staircase may not get as much attention as other spaces in your home, like your kitchen and living room, but it should. A beautiful stairwell can tie your home together and make moving from one level to another a pleasure.

“It shouldn’t be tired and dull,” said Fawn Galli, a New York-based interior designer. “It should be this magical kind of space you move through.”

Philip Mitchell, an interior designer based in Toronto, said stairwells are among his favorite spaces to design: “Whether they’re contemporary, traditional or somewhere in between, they’re the best location to have the most fun, and to really put somebody’s personality on display.”

Because staircases are often front and center when guests walk through the front door, but aren’t spaces where you spend a lot of time, “you have the opportunity to do something really interesting,” Mr. Mitchell said, without worrying much about whether it will be visually overwhelming.

Mark D. Sikes, a Los Angeles-based designer, enlivened one stairwell by framing strips of Gracie hand-painted wallpaper with molding, creating the look of a paneled wall.

Hyphen & Co., a New York-based interior design firm, once applied wallpaper not just to the stair risers in a house in Mattituck, N.Y., but also to the ceiling above. “It added a layer to the space that was just a little bit unexpected,” Ms. Lynch-Sparks said. “You see it from pretty much every point in the house.”

If you’re going to add wallpaper to your stair risers, she recommended choosing a product made from a durable material, like the commercial-grade vinyl wallpaper she used in Mattituck.

“If you look at most risers, they’re scuffed up,” she said. “So you want to make sure you’re using a high-grade wallpaper” that won’t be easily destroyed by foot traffic.

Caleb Johnson, an architect based in Portland, Maine: “If you’re doing an architecturally significant stair, it’s got hundreds of parts.”

One of the most arresting ways of updating a staircase is to replace the handrail and balusters. Instead of using traditional wooden spindles, for instance, you could build a guardrail with lengths of tensioned metal cable or panes of tempered glass. Mr. Johnson sometimes makes custom metal baluster panels that are fastened to wood stairs with screws. Other times, he opts for wooden handrails with beautifully crafted curves, occasionally pairing them with uncommon metalwork or a modern newel post.

Listed on April 21 for $2,395,000 with Adam Weissman of Coldwell Banker Bain of Lake Union, the gorgeous four-bedroom brick home was sold on May 6 for … END_OF_DOCUMENT_TOKEN_TO_BE_REPLACED