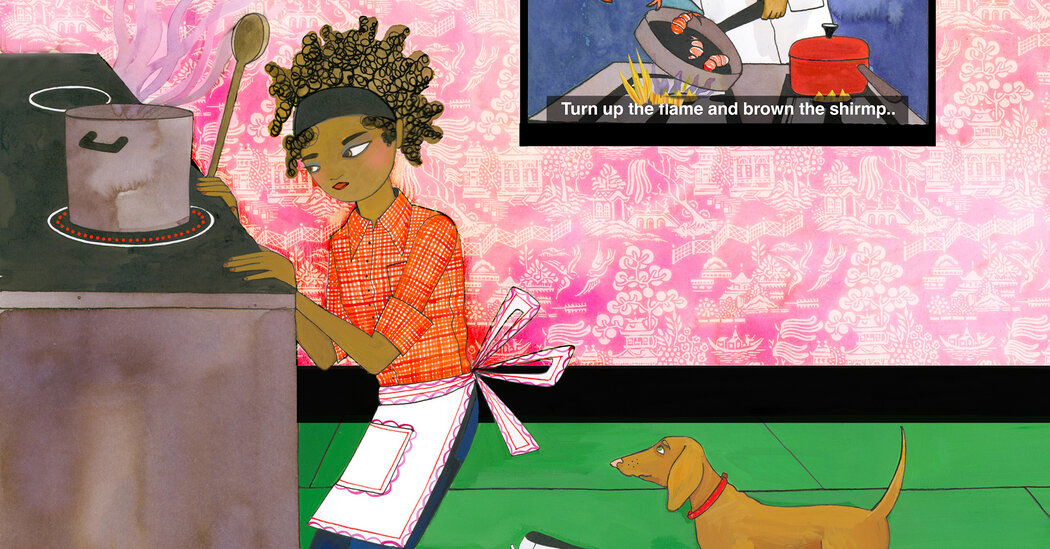 Of all the energy hogs in Joseph Mulvaney’s home, his gas range was not the biggest offender. But earlier this month, he replaced it with an induction one anyway.

Mr. Mulvaney’s century-old three-bedroom house in Huntington, N.Y., on Long Island, is heated with a natural gas-fired boiler. So is his hot water. Those two items account for the overwhelming majority of the energy his home consumes. So if he really wanted to wean himself off fossil fuels and switch to a cleaner energy source, he would need to change how he heats his house. He buys into a solar community program, and considered adding a geothermal heating and cooling system, but was told it would cost $50,000.

Instead, he replaced his stove, a decision that made the smallest dent in his carbon footprint but may actually be one of the hardest hurdles to clear. It’s psychological. Who really cares about what kind of furnace they have? But anyone who likes to cook probably has a strong opinion about their stove. And electric stoves have a terrible reputation, evoking images of awkward coils that take forever to heat or cool and usually burn your food.

“I’ve always had gas everywhere I’ve ever lived, and same with my wife. That was the natural choice,” said Mr. Mulvaney, 41, a software engineer.

darling of the green energy movement. The stovetops are sleek, efficient and offer a palatable alternative to gas. The thinking goes: Give up the open flame now, and when it comes to time to replace the furnace and water heater, you won’t be reluctant to cap your gas line.

About a year ago, Mr. Mulvaney’s parents, who live in Britain, switched to induction, a decision that caught his attention. “They love it. They were talking about how easy it is to control the temperature,” said Mr. Mulvaney, who bought a Bertazzoni induction range for a little less than $4,000. “I’m looking forward to it being easier to clean as well.”

Our homes burn huge amounts of fossil fuels. Commercial and residential buildings account for 13 percent of U.S. gas emissions, according to the Environmental Protection Agency. In New York City, buildings are responsible for over 70 percent of the city’s greenhouse gasses. Last year, the city took aim at gas stoves and boilers by banning gas hookups in new construction at the start of 2024, echoing similar legislation passed in other cities including Seattle and about 50 cities in California. Before long, New Yorkers moving into new buildings won’t have a choice. They’ll all be cooking on electric.

rap videos in the 1980s and, most recently, social media influencers raving about their gas burners.

Richard Meyer, vice president of energy markets, analysis and standards for the American Gas Association, an industry trade group. Unlike installing a new furnace, turning on the stove “is a tangible, interactive and positive experience, and that’s a good thing.”

However, it turns out that having a combustible heat source with an open flame in your kitchen might not be such a good thing — and emphasizing that point may be what eventually persuades consumers to give up the fossil fuel. In January, Stanford University researchers published a study that found that gas ranges leak methane even when they’re off. And while we cook, concentrations of carbon monoxide and nitrogen dioxide can exceed national air-quality standards, according to a 2020 report by the UCLA Fielding School of Public Health. Nitrogen dioxide is linked to increased rates of asthma in children.

“Indoor air quality is something that people are more focused on than I’ve ever seen before,” said Kelly Dougherty, president of FirstService Energy, the sustainability group for FirstService Residential, a property management company. “As we think about where we live and where we work, indoor air quality is becoming more and more important to us.”

The American Gas Association, however, argues that federal agencies like the Consumer Product Safety Commission and the E.P.A. haven’t taken any steps to limit the use of gas appliances. “There are no documented risks to respiratory health from natural gas stoves from the regulatory and advisory agencies,” Mr. Meyer said.

Morning Consult survey, which also found that interest in the technology remained flat between 2021 and 2022, with a third of respondents saying they are likely to consider induction. Induction ranges are also more expensive than gas, starting at around $1,000, where gas ranges start at around $500.

“The induction stoves are quite expensive now, but they are going to become more inexpensive very soon because that’s where the market is headed,” said Pallavi Mantha, a ​​senior sustainability consultant at Arup, a sustainability and green-building engineering and consultancy. In the meantime, Ms. Mantha sees a need for more public education so that when someone’s stove breaks, they’ll pause before replacing it with another gas model. “There is definitely a lot of education and outreach that needs to happen,” she said.

a single burner. In Jackson Heights, Queens, Alex Armlovich and Erin St. Peter are trying to figure out how to set up an induction hot plate without sacrificing what little counter space they have in their tiny kitchen.

Mr. Armlovich, 31, a senior research associate at the nonprofit Citizens Budget Commission, is excited about the prospect of capping the gas line and no longer having to pay a $17 monthly delivery fee. But Ms. St. Peter, 31, a portfolio manager at the United States Treasury, is trying to figure out how to make it actually fit. The couple could ask the landlord to remove the range from the apartment, leaving a hole in the kitchen where they could slide in a cart or even a dishwasher and put the hot plate on top. But they worry about making too many demands on their landlord.

So instead, Ms. St. Peter, who used to work in scene construction for theater in college, thinks she could build a wooden cover and place it on top of the existing range, creating a cooking shelf. “It’s totally doable,” she said. “It’s just another one of Alex’s ideas that I have to execute.”

AUSTIN, Texas--(BUSINESS WIRE)--As the first multifamily management company to be recognized in the Public Relations and Marketing Excellence Awards, … END_OF_DOCUMENT_TOKEN_TO_BE_REPLACED

There have been whispers of cooling housing and rental prices in the San Francisco Bay Area, but that hasn't yet translated into practical, noticeable … END_OF_DOCUMENT_TOKEN_TO_BE_REPLACED

Cars pass in Independence Square at twilight in Kyiv, Ukraine, Monday, Oct. 31, 2022. Rolling ... [+] blackouts are increasing across Ukraine as the … END_OF_DOCUMENT_TOKEN_TO_BE_REPLACED