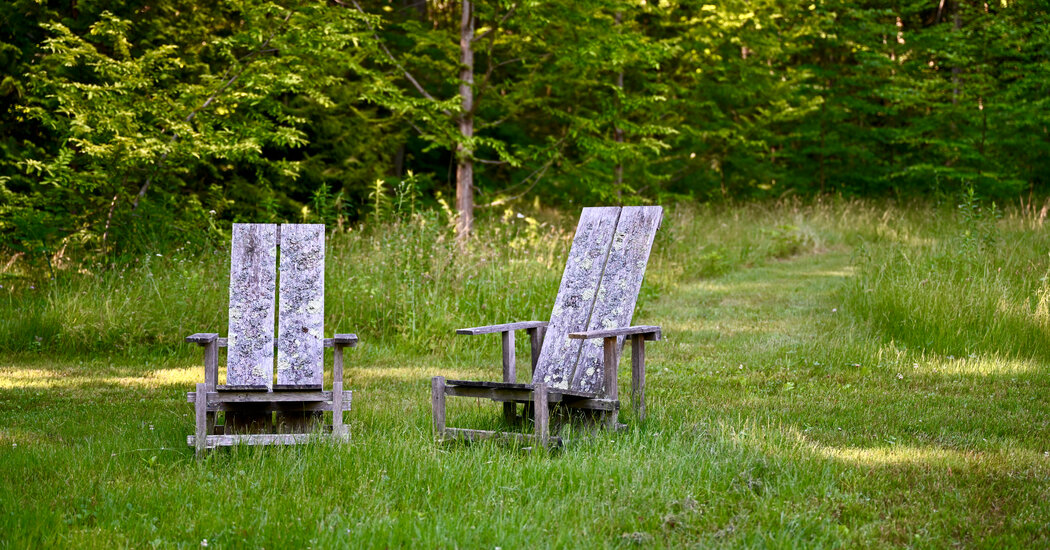 Who knew that the lawn — a generic landscape element that we basically manage on autopilot — could be so provocative? The recent In the Garden column “Yes, You Can Do Better Than the Great American Lawn” elicited nearly 1,200 comments, and a few key themes resounded, prompting a follow-up.

In that story, Daniel J. Wilder, an ecological horticulturist at Norcross Wildlife Foundation in Massachusetts, suggested some environmentally focused changes that we can make in the way we care for our lawns, as well as a few lawn alternatives for those ready to eliminate some or all of their turfgrass.

The team she led with Richard S. Ostfeld, a disease ecologist at the Cary Institute of Ecosystem Studies, in Millbrook, N.Y., studied yards in Dutchess County, N.Y., an area with one of the nation’s highest rates of Lyme disease. The five-year project involved the participation of some 3,000 people and 1,000 pets in 24 neighborhoods.

Consistent with observations from a 2006 study observing tick density along forest-field edges, the team found fewer ticks in grassy areas than in wooded ones: Ticks were about eight times more abundant in forests than in lawns, across all the properties studied. (In the 2006 study, the space in between, or ecotone, where herbaceous habitat meets forest, had a tick density somewhere in between.)

published in 2019 by U.S. Forest Service researchers, tested whether mowing frequency influences the prevalence of ticks. Lawns were mowed at one-, two- and three-week intervals, with grass heights reaching from just over 2.5 inches to more than 10. There, even the tallest lawns, which were less frequently mowed, were not found to have ticks.

Douglas W. Tallamy, an ecologist at the University of Delaware, encourages us to do better and help regenerate biodiversity by planting more natives.

And that means replacing some of our lawn.

In his 2020 book, “Nature’s Best Hope: A New Approach to Conservation That Starts in Your Yard,” he challenged readers to help create what he calls a Homegrown National Park. His proposal: that a network of individual efforts can add up, and will help to offset the fragmentation of the greater landscape.

Now, in an online Homegrown National Park campaign, participants can commit their land to the movement by joining an interactive map and displaying a sign that tells neighbors what they are doing.

It’s time, Dr. Tallamy said, to “bring the private landowner back into a critically important position in the future of conservation.”

May 2021 legislation passed in Maryland that prohibits rules forbidding “low-impact landscaping,” such as habitat-style, pollinator or rain gardens.

“The era of HOA overreaching is ending,” he said.

He suggested two approaches to help accelerate that change. Join the active management of the association, and educate from within, or set an example by rethinking your front landscape: Leave some lawn, but add native plantings.

“Make those changes in an aesthetically pleasing way,” Dr. Tallamy advised. “The lawn you keep along the edge of your driveway or sidewalk — again, a cue for care — should be manicured and mowed regularly. That shows that whatever is beyond that mowed strip is an intentionally designed landscape. Typically, HOAs don’t object to that.”

As for tick worries, creating more native habitat has a benefit there, too.

“Our simplified landscapes are not only poor at producing ecosystem services like supporting local food webs, managing watersheds, nourishing pollinators and sequestering carbon,” he said. “They also do not provide habitat for the animals that decrease tick infectivity, because they are dead-end hosts for Lyme disease,” and play no role in the disease-transmission cycle.

lists such organizations in each American state and Canadian province.

Another nonprofit membership group to join and learn from is Wild Ones, with chapters in 27 states.

The Xerces Society for Invertebrate Conservation provides regional plant lists and sources for native seed and plants in various regions.

Three men were indicted in the death of the notorious gangster James (Whitey) Bulger, who was beaten to death four years ago in a West Virginia … END_OF_DOCUMENT_TOKEN_TO_BE_REPLACED

Dr. Connolly and Dr. Mott live in the North Baltimore neighborhood of Homeland, known for its strong public schools and colonial architecture, which … END_OF_DOCUMENT_TOKEN_TO_BE_REPLACED