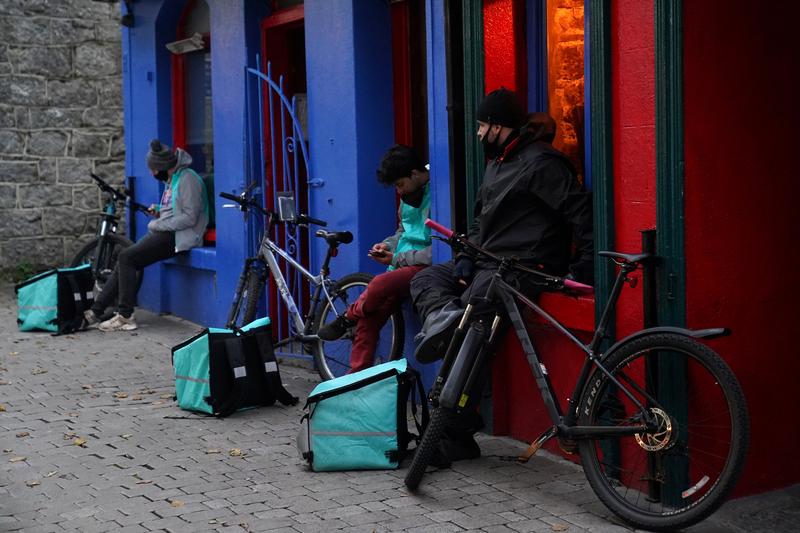 LONDON (Reuters) – Deliveroo said shares worth 50 million pounds ($69 million) would be earmarked for customers in its upcoming flotation, with the offer branded “Great food with a side of shares”.

The Amazon-backed food delivery firm announced plans on Thursday to list in London, with a potential value of $7 billion making it the biggest market debut in Britain for three years.

Founder and chief executive Will Shu said Deliveroo’s customers had supported the firm’s growth and he wanted to give them the chance to share in the next stage of its journey.

“Far too often, normal people are locked out of IPOs, and the only participants are the institutional investors,” he said on Sunday.

“I wanted to give as many customers as possible the chance to become shareholders, which is why we’re making 50 million pounds of shares available to them, alongside our restaurant partners and riders.”

Deliveroo said any customer who had placed an order would be able to register their interest via the company’s app from Monday.

Each would be able to apply for up to 1,000 pounds of shares, it said, adding that loyal customers would be prioritised if the offer were oversubscribed.

Russ Mould, investment director at online platform AJ Bell, said a year of lockdowns had fuelled demand for companies like Deliveroo and there was an expectation that habits formed during the pandemic would remain long into the recovery.

“All this suggests there is likely to be a bun fight for the 50 million pounds worth of customer shares in Deliveroo at the IPO offer,” he said.

Deliveroo said it would also recognise the role played by its delivery riders in its success with a 16 million pound reward programme to be launched on the day of listing.

Cash rewards from 10,000 pounds to 200 pounds will be available to riders in Deliveroo’s 21 markets based on the number of orders delivered. It said the average per eligible rider would be 440 pounds.

As the weather warms up and the first flowers bloom, home buyers start perking up, too. Spring is traditionally the start of the busiest home-buying … END_OF_DOCUMENT_TOKEN_TO_BE_REPLACED

The apparent problem with Johnson & Johnson’s Covid-19 vaccine is both serious and rare, which makes it a thorny issue for policymakers to address … END_OF_DOCUMENT_TOKEN_TO_BE_REPLACED

LONDON — “Your local pub, it’s a bit like your favorite pair of shoes or jeans, something you just completely take for granted,” Rob Cope said, … END_OF_DOCUMENT_TOKEN_TO_BE_REPLACED