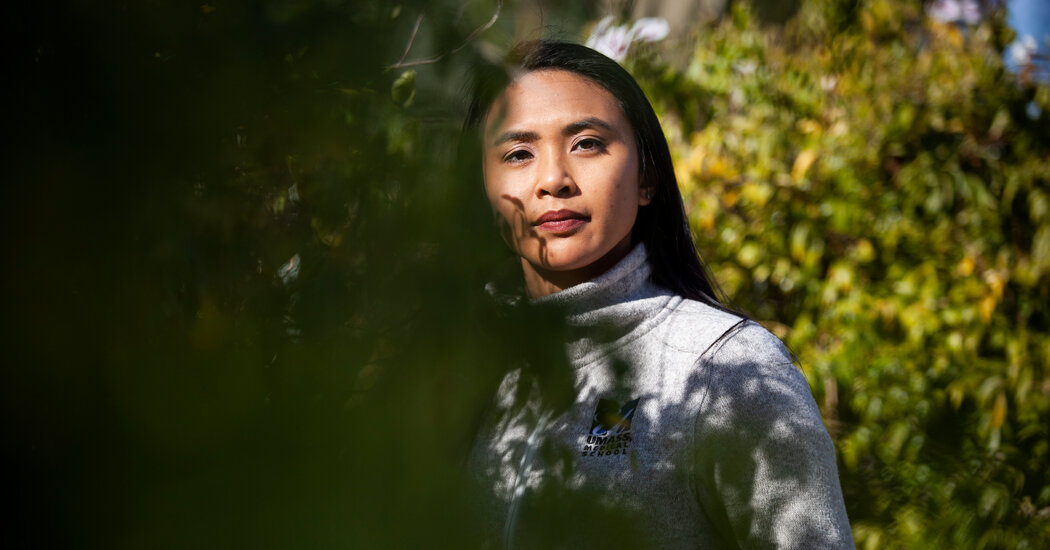 Jerrel Catlett’s eyes narrowed on the large intestine, a gloppy, glow stick-like object whose color matched the stool stored inside of it. He chose to isolate the organ, and it expanded on his screen as the body parts surrounding it receded — the gall bladder bright green with bile, the ribs white and curved like half moons.

“My old boss used to tell me that when I did this, I’d be so wowed by how complex the human body is,” said Mr. Catlett, 25, a first-year student at Icahn School of Medicine at Mount Sinai, gesturing to the image of a body on his laptop screen. “But it feels like there’s something missing from the experience right now.”

For generations, medical students were initiated to their training by a ritual as gory as it was awe-inducing: the cadaver dissection. Since at least the 14th century, physicians have honed their understanding of human anatomy by examining dead bodies. But amid the coronavirus pandemic, the cadaver dissection — like many hands-on aspects of the medical curriculum — turned virtual, using a three-dimensional simulation software.

Of the country’s 155 medical schools, a majority transitioned at least part of their first and second-year curriculums to remote learning during the pandemic. Nearly three-quarters offered lectures virtually, according to a survey by the Association of American Medical Colleges, and 40 percent used virtual platforms to teach students how to interview patients about their symptoms and take their medical histories. Though the cadaver dissection posed a trickier challenge, nearly 30 percent of medical schools, including Mount Sinai, used online platforms to teach anatomy.

expands. Through remote clerkships at schools like Sidney Kimmel Medical College at Thomas Jefferson University, medical students assisted hospital staff by following up virtually with patients who had been discharged earlier than usual because of the pandemic.

“Other doctors got thrown into the deep end but we get to practice using this technology,” said Ernesto Rojas, a second-year student at University of California San Francisco School of Medicine. “We learned how to build rapport and ask the patient things like, ‘Are you in a place where you can talk privately?’”

Students have also said they’ve felt particularly motivated to complete their training amid the pandemic. Medical school applications are up by 18 percent compared with this time last year, according to the A.A.M.C.

For Prerana Katiyar, 22, a first-year medical student at Columbia, the first few months of medical school didn’t look anything like she had anticipated. She started the semester living in her childhood home in Fairfax, Va., where she shared lessons from her anatomy classes with her family over dinner. “When my dad said his abdomen hurt, I was able to talk to him about the quadrants of the abdomen,” Ms. Katiyar said.

Halfway into the semester, she had an exciting update for her parents. “My skull finally arrived in the mail,” she said. Ms. Katiyar’s anatomy professor arranged for each student to order a plastic model of the skull.

“Now I can see the bony landmarks and where the nerves are,” she continued. “I’m a very visual person so it’s been helpful to trace it with my finger.”

MIAMI — The morning after Hurricane Ian slammed into Florida, Gov. Ron DeSantis shared the podium at his news briefing with two people: his emergency … END_OF_DOCUMENT_TOKEN_TO_BE_REPLACED

SHERMAN OAKS, Calif.--(BUSINESS WIRE)--When it comes to choosing a property management company, the size of a company often becomes a sticking point … END_OF_DOCUMENT_TOKEN_TO_BE_REPLACED