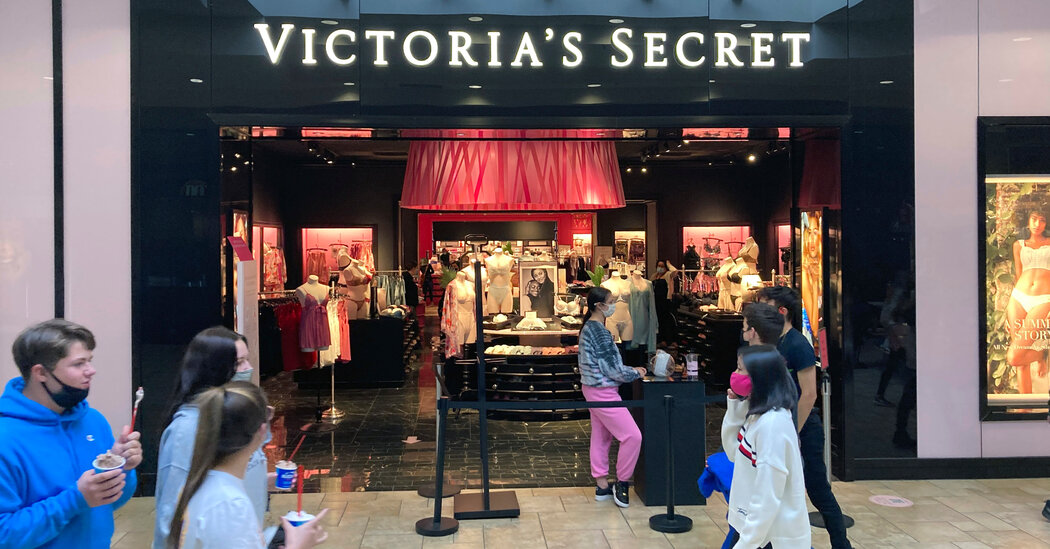 L Brands has decided to spin off Victoria’s Secret rather than sell it, the DealBook newsletter was the first to report.

The company said last year that it was considering separating Victoria’s Secret from the rest of its business, and it tested the interest of private equity. Ultimately, L Brands decided to split itself into two independent, publicly listed companies: Victoria’s Secret and Bath & Body Works. The deal is expected to close in August.

L Brands received several bids north of $3 billion, sources familiar with the situation said, requesting anonymity because the information is confidential. It turned the offers down, because it expects to be valued at $5 billion to $7 billion in a spinoff to L Brands shareholders. Analysts at Citi and JPMorgan Chase recently valued Victoria’s Secret as a stand-alone company at $5 billion.

“In the last 10 months, we have made significant progress in the turnaround of the Victoria’s Secret business, implementing merchandise and marketing initiatives to drive top line growth, as well as executing on a series of cost reduction actions, which together have dramatically increased profitability,” Sarah Nash, chair of the company’s board, said in a statement.

Apart from a pandemic that upended the retail industry, Victoria’s Secret was dealing with a series of challenges: a brand that had fallen out of touch, accusations of misogyny and sexual harassment in the workplace and revelations about the ties between Les Wexner, the company’s founder and former chairman, and the financier Jeffrey Epstein. (Mr. Wexner stepped down as chief executive last year and said in March that he and his wife were not running for re-election on the company’s board.)

As the pandemic shuttered stores and battered sales, Sycamore sued L Brands to get out of the deal, and L Brands countersued to enforce it, heralding a spate of similar battles between buyers and sellers. Eventually, last May, the sides agreed to call off the deal.

A lot has changed since then. The retailer has overhauled its brand, de-emphasizing the overtly sexy image and products that customers saw as exclusionary. It has become “less focused on a specific demographic target and more focused on being broadly inclusive of all women of all shapes and sizes and colors and ethnicities and genders and areas of interest,” Martin Waters, the retailer’s chief executive, said on a recent earnings call.

Dick’s Sporting Goods and Michaels, accelerating digital overhauls that may have otherwise taken years. Direct sales at Victoria’s Secret in North America rose to 44 percent of the total last year, from 25 percent the year before.

It’s unclear whether pandemic shopping trends will stick, and “it would be reasonable to expect some reversion,” Stuart Burgdoerfer, the L Brands chief financial officer, said at a March event. “But I also think that people have very much enjoyed some of the benefits that were forced on us or triggered through the pandemic.”

KOROPY, Ukraine — Four men tugged at long strips of fabric to lift a coffin out of the gaping hole in the backyard of a small house. They flung the … END_OF_DOCUMENT_TOKEN_TO_BE_REPLACED

The lawsuits argue that state constitutions offer more protection for abortion than the federal constitution, either by quirk of state tradition or … END_OF_DOCUMENT_TOKEN_TO_BE_REPLACED