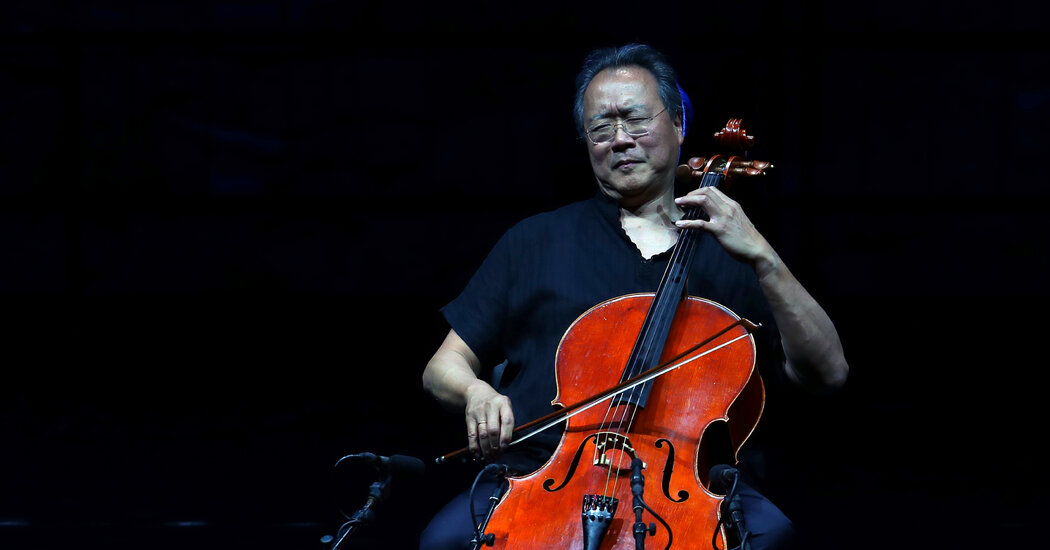 The world-renowned cellist Yo-Yo Ma gave a surprise concert on Saturday at a vaccination site in Massachusetts.

Mr. Ma, 65, who lives in the Berkshires part time, was spending 15 minutes in observation after receiving his second dose of a Covid-19 vaccine at Berkshire Community College in Pittsfield, Mass. He “wanted to give something back,” Richard Hall of the Berkshire Covid-19 Vaccine Collaborative told The Berkshire Eagle.

Clips shared on Facebook by the community college show the masked musician seated with his cello against a wall, away from other people under observation after being vaccinated. The songs included “Ave Maria” and Bach’s Prelude in G Major.

posted on Twitter about his project #SongsOfComfort, sharing a recording of himself playing Dvorak in an effort to reassure an anxious public as lockdowns began in the United States and elsewhere. Other musicians, both professional and amateur, soon joined in. In December, Ma and the British pianist Kathryn Stott released “Songs of Comfort and Hope,” an album that was inspired by the project.

gave a series of pop-up performances with the classical pianist Emanuel Ax for small groups of bus drivers, firefighters, health care providers and other essential workers in the Berkshires region.

“People need each other for support beyond the immediate staples of life,” Mr. Ma told The New York Times in November. “They need music.”

Anil G. Kumar, a civil engineer, was one of them. Around this time last year, he and his family were about to buy a two-bedroom apartment. But when … END_OF_DOCUMENT_TOKEN_TO_BE_REPLACED

In a coup for the venerable Paris Opera, founded in 1669 by Louis XIV, the company announced on Friday that the superstar conductor Gustavo Dudamel … END_OF_DOCUMENT_TOKEN_TO_BE_REPLACED

HONG KONG — Jimmy Lai, a pro-democracy media figure, and several of Hong Kong’s most prominent opposition campaigners were sentenced on Friday to … END_OF_DOCUMENT_TOKEN_TO_BE_REPLACED