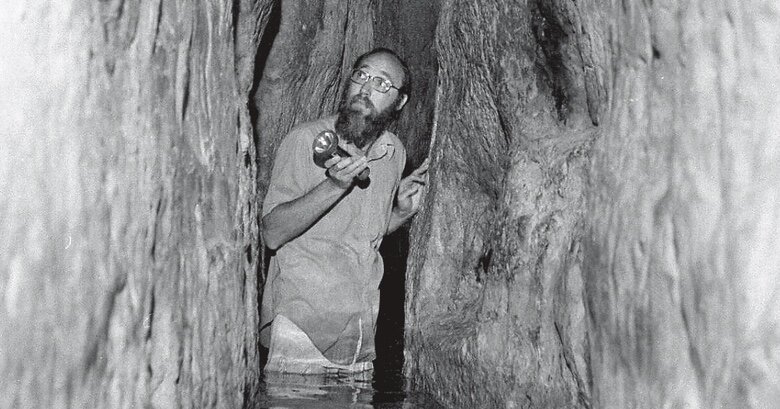 His daughter Elizabeth Alexander, a professor of religious studies at the University of Virginia, said the cause was complications of Covid-19.

Mr. Shanks made it clear that he was an amateur, albeit an impassioned one. Having gone to a Sunday school at his synagogue, he read Hebrew but could not translate it.

“As the reader may have noticed, I have not spoken of my biblical training,” he wrote in a jaunty 2010 memoir, “Freeing the Dead Sea Scrolls: And Other Adventures of an Archaeology Outsider,” “because I had none.”

But for many years he belonged to a group of Jewish friends in Washington who met periodically to talk about the Bible. Although he grew up in a home where, as he wrote, “there was something treyf (unkosher)” about the New Testament, he took a course in the Christian Bible that led to a meeting with William F. Albright, a towering figure in archaeology who had authenticated the Dead Sea Scrolls after they were found by a young shepherd.

“Paradoxically,” Mr. Shanks wrote, “I came to the Hebrew Bible through the New Testament.”

At the start of that transformative year in Israel, Mr. Shanks wrote 300 pages of a novel about Saul, the first king of Israel, which he eventually abandoned as “no good.” Then he got to know Israel’s rock star of an archaeologist, Yigael Yadin, through a fortuitous find by his daughter Elizabeth, then 6, at Tel Hazor in the Upper Galilee.

The Shanks family was visiting the Hazor mound, the site of what in the ninth century B.C. was the largest fortified city in the ancient kingdom of Israel, and searching for sherds, or ceramic fragments, when Elizabeth stumbled upon a small piece of a clay handle less than an inch and a half long with an image etched into the clay. Mr. Yadin, who led the landmark Hazor expedition in the mid-1950s, identified the image as a Syro-Hittite deity from the Late Bronze Age in a pose known as the “smiting god.”

He urged Mr. Shanks to write an article about the handle for an Israeli journal, which he did with Mr. Yadin’s help. And so a new career was born.

MIAMI--(BUSINESS WIRE)--Intelli Smart Homes, the leading smart home technology company, has been recognized as one of America’s fastest-growing … END_OF_DOCUMENT_TOKEN_TO_BE_REPLACED

Customers outside a Walmart store in Torrance, California, US, on Sunday, May 15, 2022. Walmart Inc. is scheduled to release earnings figures on May … END_OF_DOCUMENT_TOKEN_TO_BE_REPLACED

The past few years have been brutal on homebuyers' budgets. Would-be buyers have been priced out of some of the most desirable neighborhoods thanks to … END_OF_DOCUMENT_TOKEN_TO_BE_REPLACED