In an article in The Times on Thursday, Brad Bessey, an Emmy-winning executive producer, and Heidi Clements, a longtime TV writer, said Ozy executives had misled them while they were working on “The Carlos Watson Show,” Mr. Watson’s talk show, for the company. Specifically, they said, executives told them that the show would appear on the cable network A&E. Mr. Bessey resigned when he learned there was no such deal in place, and the show ended up appearing on YouTube and the Ozy website.

Also this week: Advertisers including Chevrolet, Walmart, Facebook, Target and Goldman Sachs itself — many of which had been paying for placement on “The Carlos Watson Show” — hit the brakes on their spending with Ozy.

By Friday afternoon, Mr. Watson and the other remaining board member, Michael Moe (another high-profile investment figure, who had published a book called “Finding the Next Starbucks”), concluded that the company could not recover and issued the farewell statement through a spokeswoman.

Mr. Watson did not immediately reply to a request for comment.

CNN, Insider and other publications reported this week that working conditions at Ozy were difficult, and The Times, along with other publications, raised questions about the company’s claims of audience size for its online videos and website.

The Ozy staff received the news that the company was no more on Friday afternoon. “It’s heartbreaking for all the people who poured their hearts and souls into this company and produced journalism often under grueling, sometimes hostile, conditions that deserved a much wider audience,” Pooja Bhatia, a writer who worked at Ozy from 2013 until 2017, said in an interview shortly after she got word.

Nick Fouriezos, an Ozy reporter who left in June, said, “We were all devastated by the amount of deception that was going on by leadership, but I would stand 100 percent by the journalism that was done there, and the people that were working there were some of the most passionate hardworking journalists anywhere.”

Mr. Fouriezos said reporters on Friday frantically archived their articles, anticipating the possibility that the website would be taken offline and their work lost. 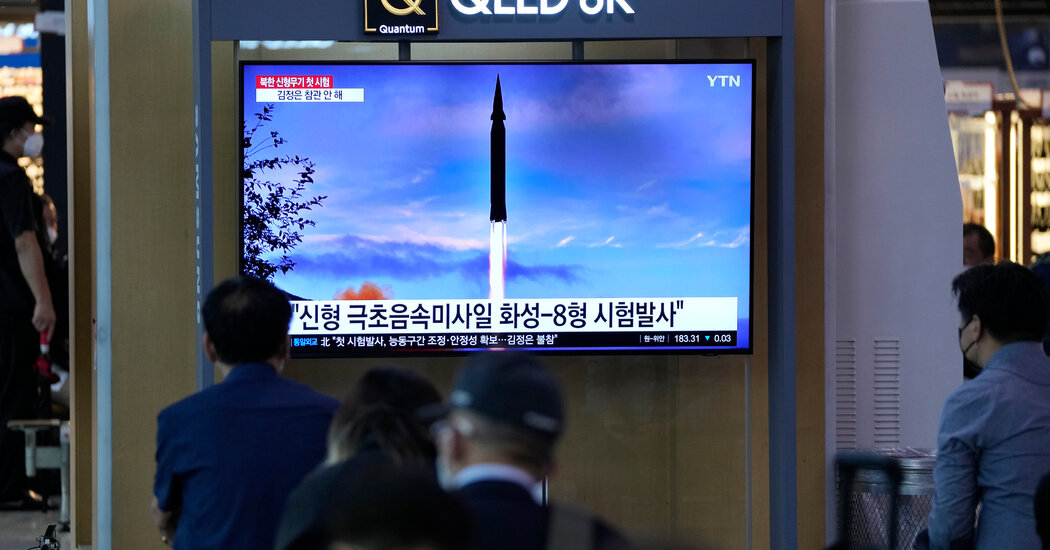 SEOUL — The signals are confusing. One day, North Korea is ​​raising hopes for dialogue with South Korea, and the next, it is firing missiles or showing off the latest weaponry in its nuclear arsenal.

In the past week alone, North suggested the possibility of inter-Korean summit talks and said it would reopen communication hotlines with its neighbor. It also fired long-range cruise missiles, trotted out what it called ​its first hypersonic missile and, on Thursday, tested a new antiaircraft missile. Earlier in September, it launched ballistic missile​s​ from ​a ​train​ rolled out of a mountain tunnel, on the same day that it called the South’s president, Moon Jae-in, “stupid.” ​

Once again, North Korea is turning to a well-honed, two-pronged strategy, designed to let it flex its military muscles without risking retaliation or nixing the chances for dialogue.

In the absence of talks with Washington, the missile tests reminded the world that North Korea is developing increasingly sophisticated weaponry capable of delivering nuclear warheads. But individually, these short-range or still-under-development missiles don’t amount to a direct threat to the United States.

met with then-President Donald J. Trump three times between 2018 and 2019, becoming the first North Korean leader to hold a summit with a​ sitting American ​president. But ​his diplomatic efforts failed to lift crippling sanctions the United Nations imposed on his impoverished country after its nuclear and I.C.B.M. tests​. Soon the pandemic hit, further hamstringing the North’s economy.

​American and South Korean officials had hoped that the North’s deepening economic troubles, caused by the double whammy of sanctions and the pandemic, would make North Korea more amenable to dialogue.

So far, Mr. Kim has proved them wrong.

Since his talks with Mr. Trump collapsed in early 2019, he has vowed to slog through the economic difficulties while expanding his nuclear arsenal​, his country’s single best diplomatic leverage and deterrent against what it considers American threats to topple its government. By demonstrating his country’s growing military capabilities, Mr. Kim has also sought to legitimize his rule at a time when he has been able to deliver little on the economic front to his long-suffering people.​

The antiaircraft missile test on Thursday indicated that ​the North is building a weapon similar to Russia’s S-400, one of the most potent air-defense systems in the world, according to Kim Dong-yub, an expert on North Korean weapons at the University of North Korean Studies.

The Biden administration has repeatedly urged North Korea to​ return to talks without preconditions. But Mr. Kim said he would not restart negotiations until he was convinced that ​Washington was ready to ease sanctions and its “hostile policy,” including the joint annual military exercises it conducts with South Korea.

an arms race in the region.

Mr. Kim can’t really attempt shocking provocations like the ones he conducted in 2017 — three I.C.B.M. tests and a nuclear test — that brought the Trump administration to the table. Such tests would sharply raise tensions, invite more U.N. sanctions and potentially invoke the ire of China by ruining the mood for the Beijing Winter Olympics in February.​

desperate to put his Korean Peninsula peace process, his signature foreign policy, back on track before his single, five-year term ​ends ​in May.

“It’s our government’s destiny” to pursue dialogue with the North, Mr. Moon told reporters last week, referring to his efforts to build peace through his three meetings with Mr. Kim in 2018 and his efforts to help arrange the summit meetings between Mr. Kim and Mr. Trump.

“We have neither aim nor reason to provoke South Korea and no idea to harm it,” he said.

On Thursday, Sung Kim, the U.S. special representative for North Korea, met with his counterparts from Japan and South Korea ​and indicated that ​Washington would support humanitarian aid to North Korea as an incentive for dialogue.

Analysis doubted that it would be enough.

“I am not sure that the old way of providing humanitarian shipments​ as an incentive​ will work this time, given the North’s reluctance to accept outside help ​during the pandemic,” said Professor Yang of the University of North Korean Studies. “North Korea wants the United States to address more fundamental issues ​concerning its well-being​. It wants clearer commitment​s ​from the United States to easing sanctions and guaranteeing its security.” 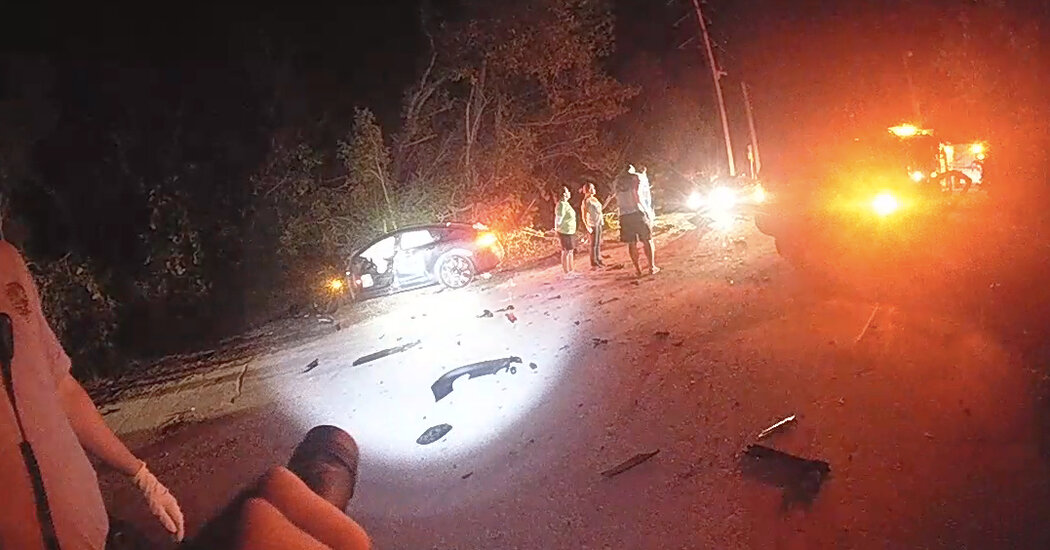 Now's your chance to live in The Chouse.While it may sound ominous, it's actually just a cute nickname for a church-turned-house, located in the small … END_OF_DOCUMENT_TOKEN_TO_BE_REPLACED

[explosion] In one of the final acts of its 20-year war in Afghanistan, the United States fired a missile from a drone at a car in Kabul. It was … END_OF_DOCUMENT_TOKEN_TO_BE_REPLACED