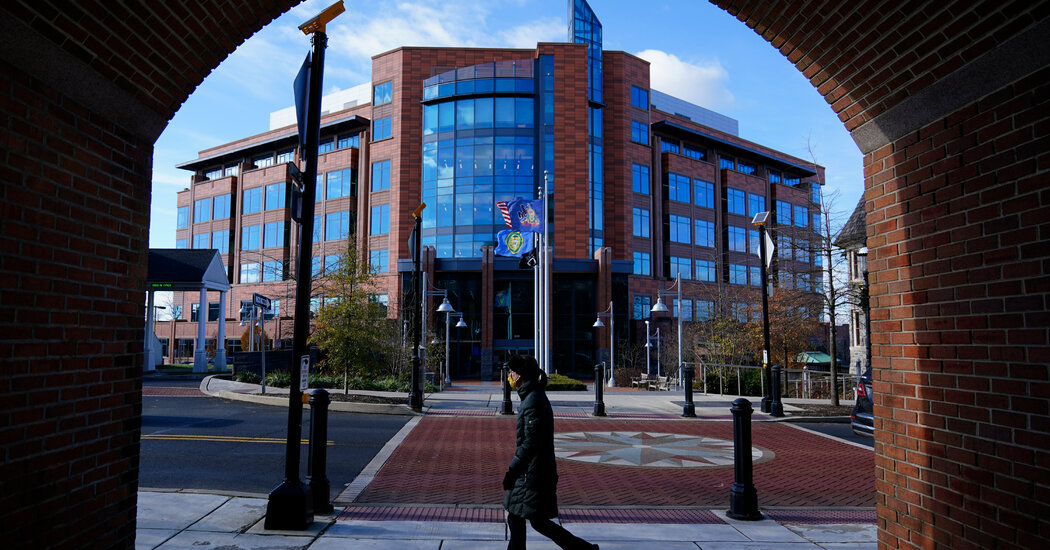 An assistant district attorney in Bucks County, Pa., was demoted this week after admitting he worked a second job as a delivery man for DoorDash, a food delivery app, while on the clock for the county.

The man, Gregg Shore, who as first assistant district attorney was the second-highest official in the office, was demoted to deputy district attorney, District Attorney Matt Weintraub said on Thursday. Mr. Shore earned $125,435 in 2019, according to public records.

Mr. Shore told KYW Radio, which first reported the story, that his reasons for taking the second job were personal and that he mostly delivered at night.

“However, I made the incredibly poor decision to deliver during the workday at times,” he said. “In doing so I realize that I betrayed my boss, my colleagues, and most importantly, the citizens of Bucks County.” Mr. Shore could not immediately be reached for comment.

in a video statement.

Mr. Shore was replaced as second in command by Jennifer M. Schorn, who has been with the office since 1999.

Mr. Shore has been a prosecutor for 19 years, working for the Pennsylvania attorney general and Lehigh County. He was the state’s deputy secretary of labor from 2011 to 2015.

Mr. Weintraub credited him with starting the county’s insurance fraud unit and for prosecuting several high-profile cases, including the murder trials of Sean Kratz and Cosmo DiNardo after four people were killed in 2017.

said the average driver earned $17.50 an hour, though it defined an hour as time spent doing pickups and deliveries, not counting time waiting for orders to come in.

In 2019, the company changed its pay model after a New York Times article detailed how customer tips effectively went to the company instead of to drivers.

The demand for food delivery soared during the coronavirus pandemic, and many unemployed workers turned to the app for income. But drivers have described difficult working conditions and erratic pay, as they are treated as freelancers without benefits.

MIAMI--(BUSINESS WIRE)--Intelli Smart Homes, the leading smart home technology company, has been recognized as one of America’s fastest-growing … END_OF_DOCUMENT_TOKEN_TO_BE_REPLACED

Customers outside a Walmart store in Torrance, California, US, on Sunday, May 15, 2022. Walmart Inc. is scheduled to release earnings figures on May … END_OF_DOCUMENT_TOKEN_TO_BE_REPLACED

The past few years have been brutal on homebuyers' budgets. Would-be buyers have been priced out of some of the most desirable neighborhoods thanks to … END_OF_DOCUMENT_TOKEN_TO_BE_REPLACED