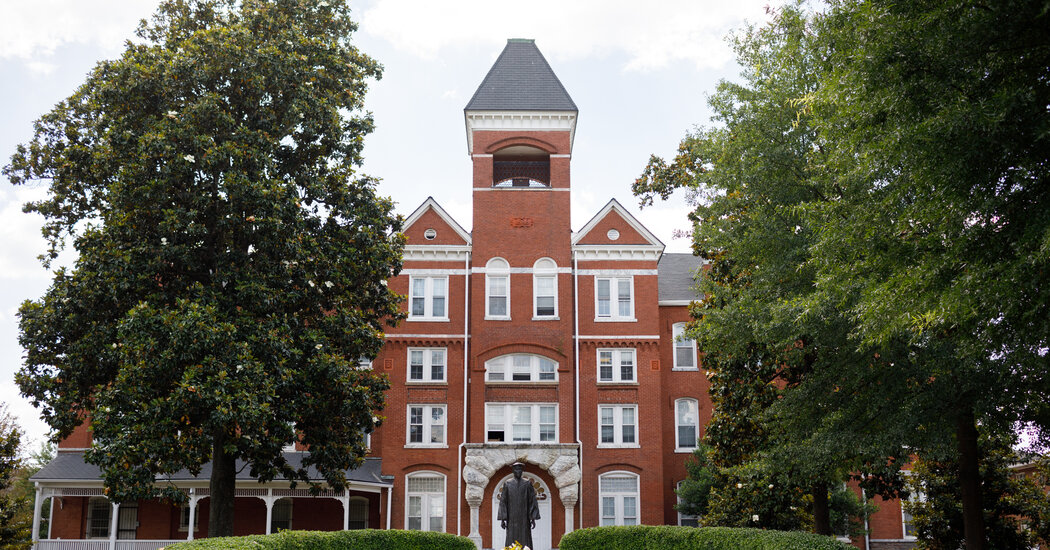 The typical student who borrows to attend college leaves with more than $30,000 in debt. Many struggle to keep up with their payments, and America’s ballooning tab for student loans — now $1.7 trillion, more than any other type of household debt except for mortgages — has become a political flash point.

So a financing approach known as an income-share agreement, which promises to eliminate unaffordable student debt by tying repayment to income, has obvious appeal. But a new study has found that income share agreements can also mask race-based inequalities.

The analysis, released on Thursday by the Student Borrower Protection Center, an advocacy group, found that borrowers at schools that focus on minority students can end up paying more than their peers at largely white campuses.

Income-share agreements are offered mainly by schools, although some private financiers have started marketing them directly to students. The selling point of such agreements is that, unlike loans, they don’t accumulate interest, and they come with both a predetermined repayment period and a cap on the total amount that the lender can seek as repayment. To students leery of accumulating educational debt that can snowball and stick around for decades, income-share agreements can offer a more flexible alternative.

Silicon Valley investors who are funding start-ups, as well as some policymakers. A growing number of colleges and vocational training programs are letting students finance some or all of their studies with such contracts. Purdue University was the first to offer them widely, starting in 2016. Private schools including Lackawanna College and Clarkson University have followed suit. Vemo Education, a venture that manages I.S.A. programs, said it has worked with 70 schools and training courses.

But the market is opaque and lightly regulated, making it challenging for borrowers to find the kind of consumer-protection disclosures that typically accompany financial products. Financiers are generally not required to reveal any information on how much money they have lent and how those deals have worked out for borrowers.

Student Borrower Protection Center researchers obtained data from the website of one private financier, Stride Funding in Dallas, and studied its agreements to illustrate how they can contain buried inequities. (Other companies that market the agreements directly to students include Align, Defynance and Lumni.)

Like most lenders in this market, Stride varies its repayment terms depending on the borrower’s earning potential. An English major typically will need to fork over a higher percentage of salary than an engineering student. (Stride caps its maximum repayment amount at two times the amount that was borrowed. Its contracts typically require recipients to make payments for five to seven years.)

asked the Consumer Financial Protection Bureau last year to investigate several lenders that they said might be discriminating against women and minority borrowers by charging them higher rates, based on their lending algorithms.

“The risk of discrimination arises because the lender is not evaluating the applicant based on their own characteristics, but instead based on the characteristics of other students at their school or who were in the same major or program,” the lawmakers wrote.

Officials at the NAACP Legal Defense & Educational Fund got an early look at the Student Borrower Protection Center’s report and found it disturbing. Stride’s lending might run afoul of the Equal Credit Opportunity Act, they said in a letter sent to the company on Thursday morning.

“Particularly given how the economic fallout of the ongoing Covid-19 pandemic has disproportionately hurt Black Americans, the need for equitable access to consumer financial products and services is more important than ever,” the fund said in the letter, which was also signed by Mr. Frotman’s group.

Ms. Michaels said Stride “shares the goals” of the two groups and “is excited to have the chance to work with them on our shared mission of providing access to financial products to those who have long been left out of traditional credit marketplaces.”

told Forbes that her company anticipated making loans to 1,800 students this year.

Government regulators have been keeping a cautious eye on the emerging market. Rohit Chopra, President Biden’s nominee to run the Consumer Financial Protection Bureau — which is often the federal enforcer of fair-lending laws — has spoken frequently about the risk of bias in algorithmic lending decisions. (Mr. Chopra, a commissioner on the Federal Trade Commission, is awaiting a Senate vote on his nomination.)

“Our student debt market is definitely broken, and it needs a massive overhaul,” Mr. Chopra said at a conference last year. “I’m not sure that new products like income share agreements will be an antidote, especially if they worsen disparities.”

Ashok Chandran, a lawyer at the NAACP fund, said he hoped state and federal watchdogs would pay close attention to the novel lending products. “This market operates in such a regulatory dark space,” he said. “We’re pretty troubled by the report, and in particular by how stark the disparities are.”

ROSWELL, Ga.--(BUSINESS WIRE)--Berkshire Hathaway HomeServices Georgia Properties, one of the largest and most successful real estate organizations in … END_OF_DOCUMENT_TOKEN_TO_BE_REPLACED

The real estate market seems to have a split personality.On the positive side for homebuyers, the number of properties for sale shot up by a … END_OF_DOCUMENT_TOKEN_TO_BE_REPLACED

Kim Tae-Ri plays a gun-toting time traveler in 'Alienoid.' Well Go USA Director Choi Dong-hoon likes a challenge. That much is apparent in his latest … END_OF_DOCUMENT_TOKEN_TO_BE_REPLACED