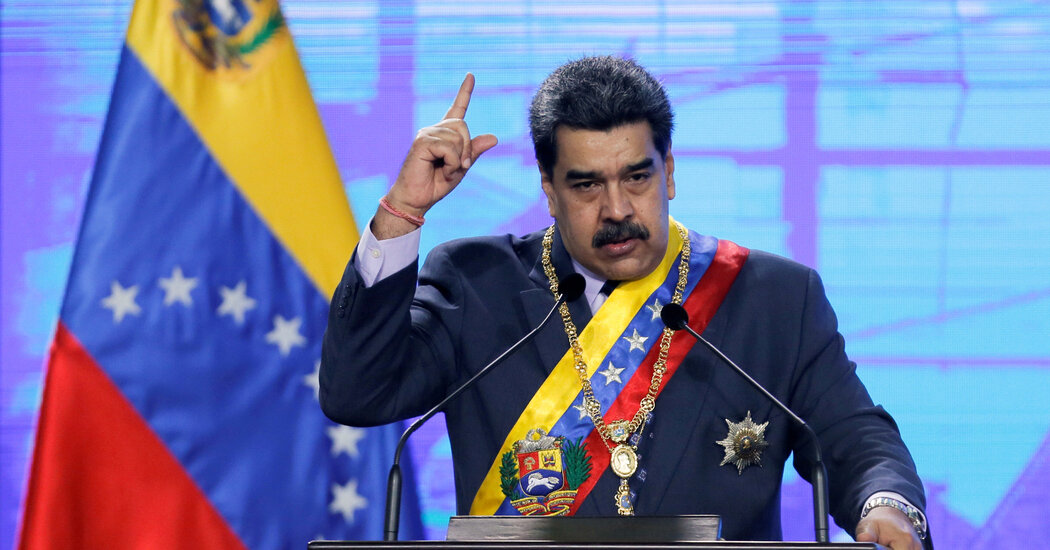 HOUSTON — The Venezuelan government released a group of American refinery executives from prison to house arrest in Caracas on Friday, in a possible sign that President Nicolás Maduro would like to improve relations with the Biden administration.

The six executives of Houston-based Citgo Petroleum, a subsidiary of the Venezuelan state oil company, have been held on corruption charges since 2017, after they were ordered to attend a budget meeting in Venezuela. When they arrived, they were arrested.

The group — known as the “Citgo 6” — was previously allowed to return to private homes from prison only to be sent back to prison.

Bill Richardson, the former governor of New Mexico, who has been attempting to negotiate the release of the six — five of whom are naturalized American citizens and the other an American resident — said he viewed the transfer as a sign of progress.

negotiating pawns as the relationship between the United States and Venezuela has worsened in recent years.

When the executives were last released from prison two years ago, they were quickly returned to prison after then-President Donald J. Trump invited Juan Guaidó, a top opposition leader, to the White House.

Mr. Guaidó is formally recognized as the president of Venezuela by the United States and other Western countries, but the likelihood that he will ever take control of the government appears dim. Mr. Maduro has held on to power with a tight grip and aid from Cuba, Russia and China.

Citgo operates three major refineries, a major pipeline network and scores of gasoline stations around the United States. It is currently blocked from doing business with Venezuela under U.S. sanctions.

About an hour outside of the capital city of San Juan, the sumptuous spread known as Hacienda Illusion is now on the market for $48 million. For a … END_OF_DOCUMENT_TOKEN_TO_BE_REPLACED

Kids at Hilton Aruba play with the resident birds. Hilton Aruba As summer nears, hotels around the world are making big changes and refreshing their … END_OF_DOCUMENT_TOKEN_TO_BE_REPLACED

In 1789, before the slave rebellion, the marquis bought 21 recently kidnapped Africans before leaving for France. But he didn’t indicate where they … END_OF_DOCUMENT_TOKEN_TO_BE_REPLACED