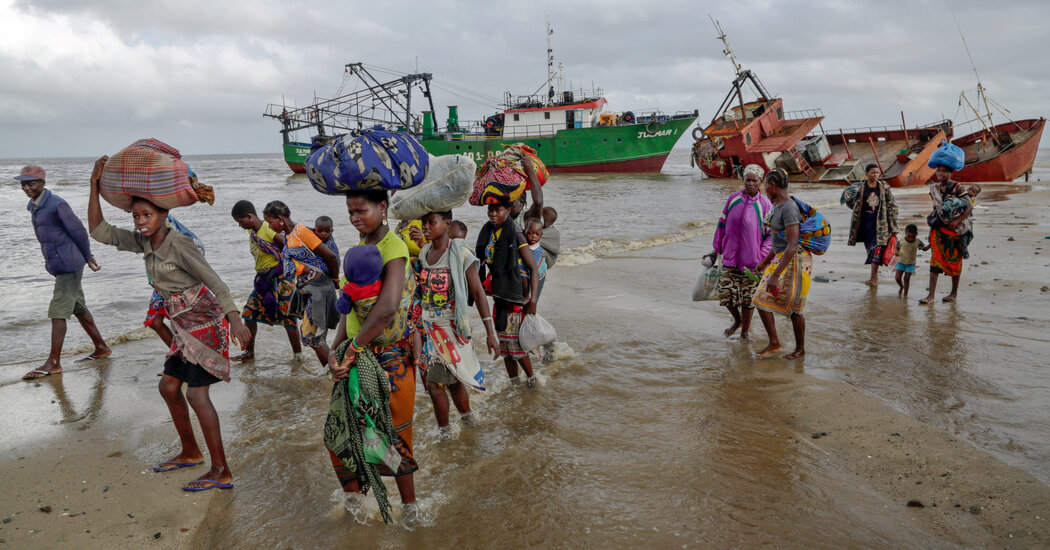 How does a country deal with climate disasters when it’s drowning in debt? Not very well, it turns out. Especially not when a global pandemic clobbers its economy.

Take Belize, Fiji and Mozambique. Vastly different countries, they are among dozens of nations at the crossroads of two mounting global crises that are drawing the attention of international financial institutions: climate change and debt.

They owe staggering amounts of money to various foreign lenders. They face staggering climate risks, too. And now, with the coronavirus pandemic pummeling their economies, there is a growing recognition that their debt obligations stand in the way of meeting the immediate needs of their people — not to mention the investments required to protect them from climate disasters.

The combination of debt, climate change and environmental degradation “represents a systemic risk to the global economy that may trigger a cycle that depresses revenues, increases spending and exacerbates climate and nature vulnerabilities,” according to a new assessment by the World Bank, International Monetary Fund and others, which was seen by The Times. It comes after months of pressure from academics and advocates for lenders to address this problem.

downgraded its creditworthiness, making it tougher to get loans on the private market. The International Monetary Fund calls its debt levels “unsustainable.”

nearly $600 billion in debt service payments over the next five years. Both the World Bank and the International Monetary Fund are important lenders, but so are rich countries, as well as private banks and bondholders. The global financial system would face a huge problem if countries faced with shrinking economies defaulted on their debts.s

“We cannot walk head on, eyes wide open, into a debt crisis that is foreseeable and preventable,” the United Nations Secretary General, António Guterres, said last week as he called for debt relief for a broad range of countries. “Many developing countries face financing constraints that mean they cannot invest in recovery and resilience.”

The Biden administration, in an executive order on climate change, said it would use its voice in international financial institutions, like the World Bank, to align debt relief with the goals of the Paris climate agreement, though it hasn’t yet detailed what that means.

flurry of proposals from economists, advocates and others to address the problem. The details vary. But they all call, in one way or another, for rich countries and private creditors to offer debt relief, so countries can use those funds to transition away from fossil fuels, adapt to the effects of climate change, or obtain financial reward for the natural assets they already protect, like forests and wetlands. One widely circulated proposal calls on the Group of 20 (the world’s 20 biggest economies) to require lenders to offer relief “in exchange for a commitment to use some of the newfound fiscal space for a green and inclusive recovery.”

debts soared, including to China, and the country, whose very existence is threatened by sea level rise, pared back planned climate projects, according to research by the World Resources Institute.

The authors proposed what they called a climate-health-debt swap, where bilateral creditors, namely China, would forgive some of the debt in exchange for climate and health care investments. (China has said nothing publicly about the idea of debt swaps.)

sinking under huge debts, including secret loans that the government had not disclosed, when, in 2019, came back-to-back cyclones. They killed 1,000 people and left physical damages costing more than $870 million. Mozambique took on more loans to cope. Then came the pandemic. The I.M.F. says the country is in debt distress.

Six countries on the continent are in debt distress, and many more have seen their credit ratings downgraded by private ratings agencies. In March, finance ministers from across Africa said that many of their countries had spent a sizable chunk of their budgets already to deal with extreme weather events like droughts and floods, and some countries were spending a tenth of their budgets on climate adaptation efforts. “Our fiscal buffers are now truly depleted,” they wrote.

In developing countries, the share of government revenues that go into paying foreign debts nearly tripled to 17.4 percent between 2011 and 2020, an analysis by Eurodad, a debt relief advocacy group found.

Research suggests that climate risks have already made it more expensive for developing countries to borrow money. The problem is projected to get worse. A recent paper found climate change will raise the cost of borrowing for many more countries as early as 2030 unless efforts are made to sharply reduce greenhouse gas emissions. 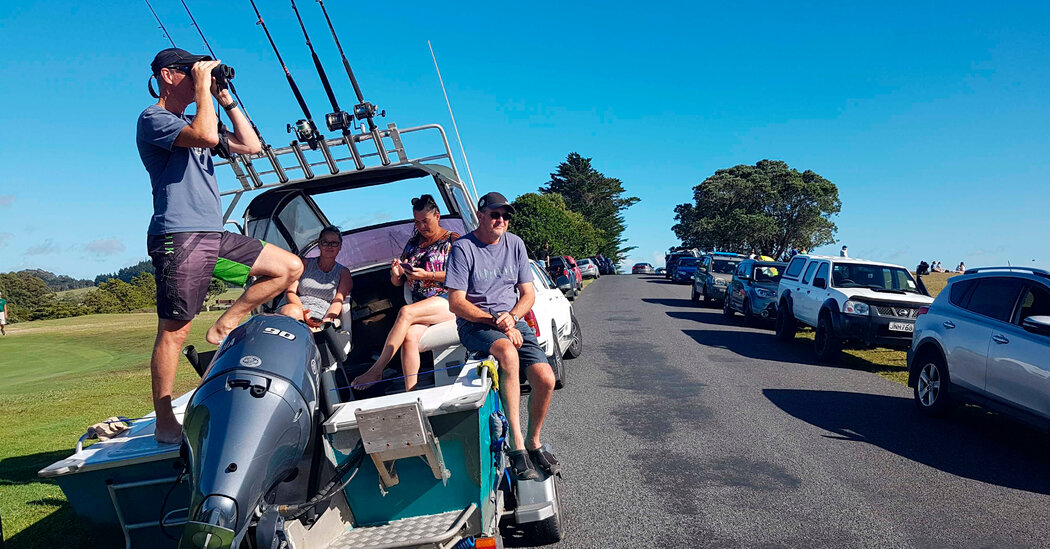 Mr. Soderbergh did acknowledge that there is only so much the producers can do.“People’s decision-making process on whether to watch or not doesn’t … END_OF_DOCUMENT_TOKEN_TO_BE_REPLACED

As vigils took place Saturday across Indianapolis, flags atop the Indiana Statehouse were at half-staff. In the parking lot of a Baptist church on the … END_OF_DOCUMENT_TOKEN_TO_BE_REPLACED

Indiana’s version which is named for Timothy “Jake” Laird, a police officer who was shot in the line of duty in 2004, is one of the oldest such … END_OF_DOCUMENT_TOKEN_TO_BE_REPLACED