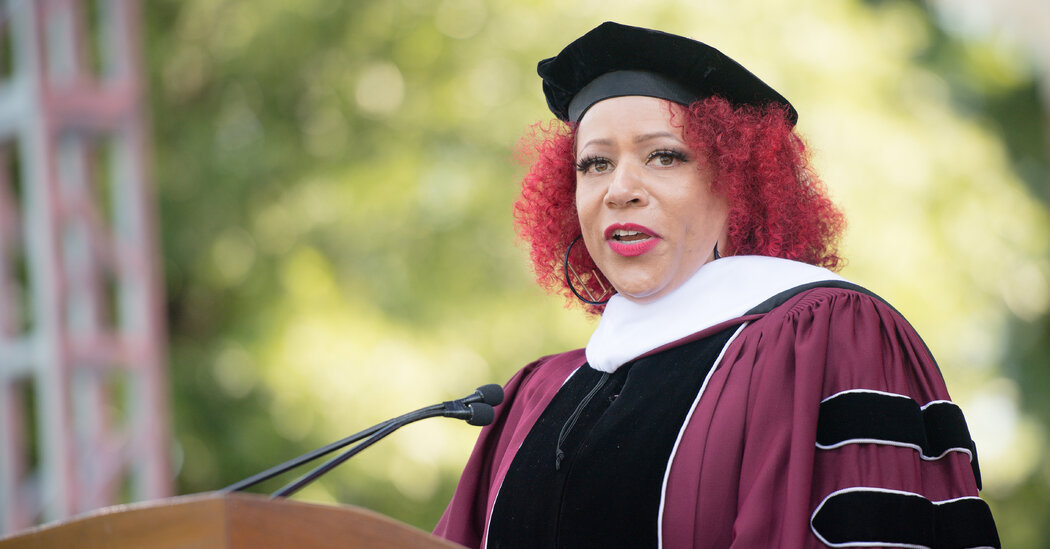 Republican lawmakers in nearly a dozen states have tried to shape how racism and slavery can be taught in schools, with some bills explicitly targeting the 1619 Project. This month, Tennessee passed a law to withhold funding from schools that teach critical race theory, following a similar law in Idaho. Similar legislative proposals are underway in Texas, New Hampshire and Louisiana.

Tuesday’s letter added that the same “anti-democratic thinking” behind the failure to offer Ms. Hannah-Jones tenure was evident in efforts by the state lawmakers to ban the 1619 Project from schools.

“We, the undersigned, believe this country stands at a crucial moment that will define the democratic expression and exchange of ideas for our own and future generations,” the letter said.

A university spokeswoman said university leaders would respond privately to the letter of support. Ms. Hannah-Jones declined to comment.

“That so many distinguished historians have signed this letter is yet further testament to the impact she has had in sparking an important conversation about American history,” Jake Silverstein, the editor in chief of The Times Magazine, said in a statement. He added that Ms. Hannah-Jones’s work was “in the best tradition of New York Times reporters who have deepened our understanding of the world with rigorous journalism that challenges the status quo and forces readers to think critically.”

Previous Knight Chairs at the University of North Carolina were tenured.

“It is not our place to tell U.N.C. or U.N.C./Hussman who they should appoint or give tenure to,” Alberto Ibargüen, the president of Knight Foundation, which funds the positions, said in a statement last week. “It is, however, clear to us that Hannah-Jones is eminently qualified for the appointment, and we would urge the trustees of the University of North Carolina to reconsider their decision within the time frame of our agreement.”

In an email on Sunday to faculty members that was reviewed by The Times, Susan King, the dean of the Hussman School, suggested that the board could reconsider the tenure recommendation at a future meeting. “So that this won’t linger on,” she wrote, “we’ve asked for a date certain by which a decision about a board vote will be made.”

About an hour outside of the capital city of San Juan, the sumptuous spread known as Hacienda Illusion is now on the market for $48 million. For a … END_OF_DOCUMENT_TOKEN_TO_BE_REPLACED

Kids at Hilton Aruba play with the resident birds. Hilton Aruba As summer nears, hotels around the world are making big changes and refreshing their … END_OF_DOCUMENT_TOKEN_TO_BE_REPLACED

In 1789, before the slave rebellion, the marquis bought 21 recently kidnapped Africans before leaving for France. But he didn’t indicate where they … END_OF_DOCUMENT_TOKEN_TO_BE_REPLACED