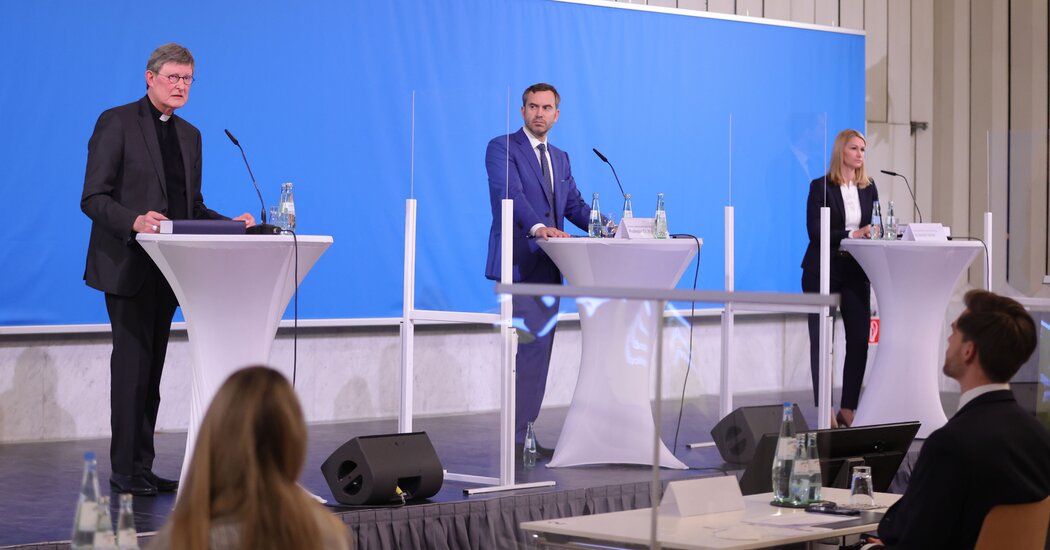 BERLIN — The Cardinal of Cologne in Germany has suspended two high-ranking officials named in a report on the church’s handling of accusations of sexual abuse by Roman Catholic priests, bringing an end to months of speculation about a matter that has led thousands in the area to sever their relationship with the church over the past year.

The report, released on Tuesday, found no wrongdoing by the cardinal, Rainer Maria Woelki. But an auxiliary bishop serving in the archdiocese and the head of its ecclesiastical court were both named in the 800-page review. It documents a “systematic cover-up” in the archdiocese’s handling of accusations of sexual abuse from 1975 to 2018, and the cardinal immediately announced suspensions for both men.

“As of today, it is no longer possible to say we had no idea,” Cardinal Woelki said after the release of the report — which he had not previously seen, but which said he had been fearing. “I am deeply moved and shamed by this, and I am convinced that for clerics, their actions must have consequences.”

None of those named were accused of criminal wrongdoing, although a copy of the report was sent to prosecutors in Cologne for review. Cardinal Woelki said a copy would also be sent to the Vatican.

a hotline for abuse, and had a bishop serving as its own commissioner on the issue. 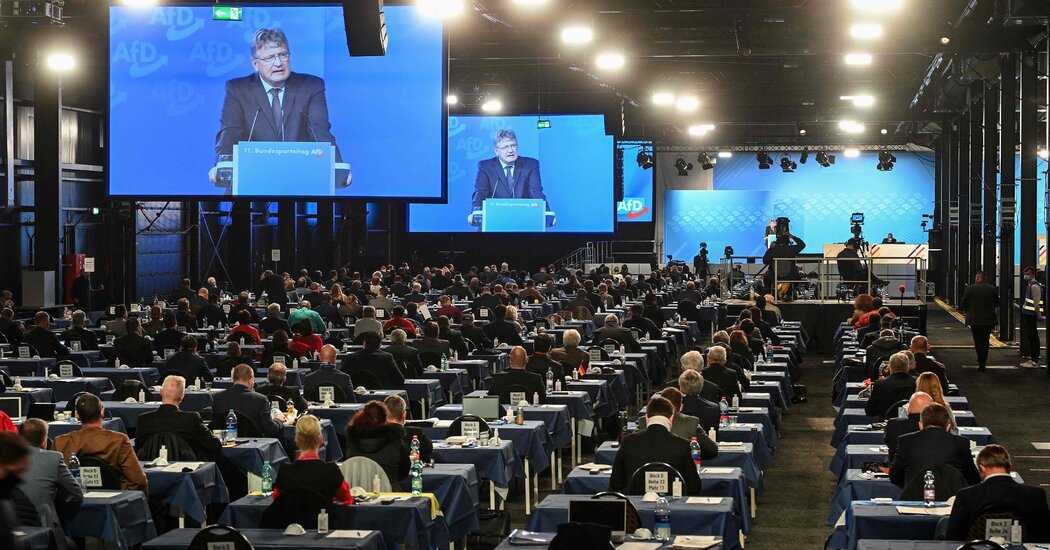 For years Germany saw itself as immune to the nationalist movements driven by far-right rhetoric that disrupted the democracies in Hungary and Poland, by weakening the judiciary and the independence of the press. Watching the rise of Donald J. Trump in the American presidential race of 2016, many believed their country had been hardened to the lure of unvarnished nationalism and anti-establishment sentiment by the lessons of World War II.

But since winning 12.6 percent support in 2021, the AfD party has brought its anti-establishment stance, denigration of the press and casting Muslim immigrants as criminals to the floor of the German Parliament, where it has served as the largest opposition party.

During that time, the country has also seen a rise in far-right crime, including the killing of a regional politician on his front porch near the central city of Kassel, an attack on a synagogue in the eastern city of Halle and fatal shooting of nine people of immigrant descent in the western city of Hanau.

Increasingly concerned about the party’s positions, the domestic intelligence agency has spent two years scrutinizing the speeches and social media posts of AfD officials for evidence of extremism, including the demeaning of foreigners, questioning of the democratic system and dismissal of the crimes of the Nazis. An assessment amounting to some 1,100 pages concluded that the party’s position violated key principles of liberal democracy, not least Article 1 of the German Constitution, which states that human dignity is unassailable, officials said.

As part of its anti-establishment stance, AfD has also cast itself as the victim of political intrigue, fueled by incidents such as the leak to the press on Wednesday, said Axel Salheiser, who teaches at the Institute for Democracy and Civil Society at the University of Jena.

“This is proof that the checks and balances are functioning,” Mr. Salheiser said. “That is the paradox, they are always positioning the far-right fringe as a result of the system not functioning, but they are always quick to go before the courts, often successfully.”

The outcome of the final ruling could have an impact on how the AfD is viewed as German political parties begin gearing up for a general election on Sept. 26. That vote could see a reshuffling of the government after 16 years under the leadership of Chancellor Angela Merkel, who is not running again.

MIAMI--(BUSINESS WIRE)--Intelli Smart Homes, the leading smart home technology company, has been recognized as one of America’s fastest-growing … END_OF_DOCUMENT_TOKEN_TO_BE_REPLACED

Customers outside a Walmart store in Torrance, California, US, on Sunday, May 15, 2022. Walmart Inc. is scheduled to release earnings figures on May … END_OF_DOCUMENT_TOKEN_TO_BE_REPLACED

The past few years have been brutal on homebuyers' budgets. Would-be buyers have been priced out of some of the most desirable neighborhoods thanks to … END_OF_DOCUMENT_TOKEN_TO_BE_REPLACED