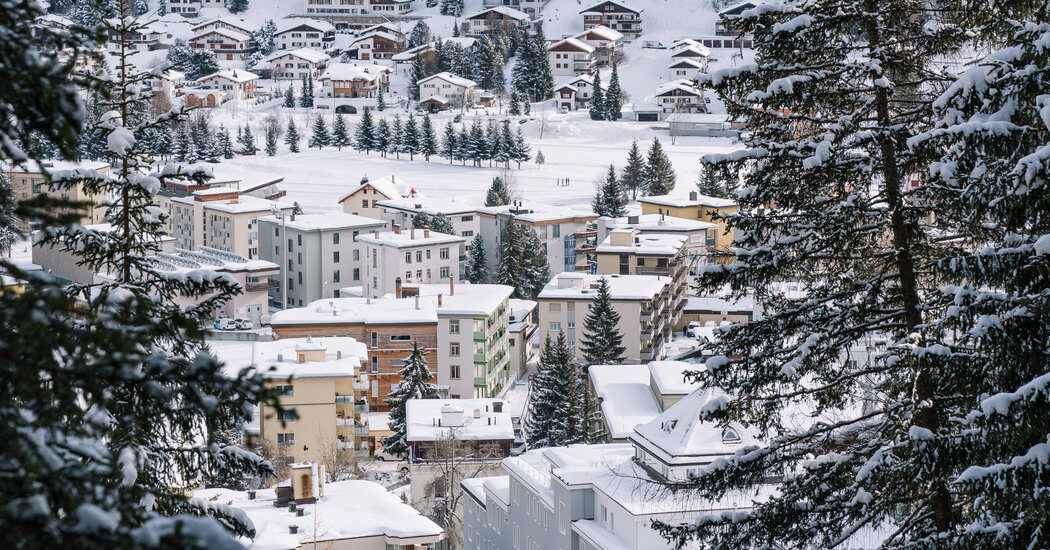 For the second year in a row, the World Economic Forum scrapped its annual meeting in the Alpine resort town of Davos, Switzerland, because of the pandemic.

The gathering is an essential stop on the annual circuit for the global elite, a weeklong schmoozefest where billionaires and autocrats mingle over canapés while activists protest in the frigid mountain air. Companies make climate pledges. Economists discuss inequality. Everyone walks on the same slippery, slushy roads.

the patrician founder of the World Economic Forum, said in a statement on Thursday.

So far, however, there is little sign that the pandemic is beginning to wane. And for a second year in a row, with Davos the event on hold, the town of Davos, Switzerland, is stuck in limbo.

a study by University of St. Gallen that was commissioned by the forum. The bulk of that, roughly $70 million, was spent in Davos, which has a year-round population of about 11,000 people. That number essentially doubles when the forum comes to town.

Hotels, and in particular the Steigenberger Grandhotel Belvédère, will feel the pain particularly acutely. During the annual meeting, the Belvédère has its own center of gravity, erecting temporary structures to accommodate additional meeting rooms, allowing television networks to set up on its roof and hosting a constant string of receptions in its various bars.

Normally, it is all but impossible to get a room there during the third week of January, with rooms ranging from $1,000 to $10,000, if they are available. Now, during what is usually its busiest time of the year, rooms at the Belvédère are available for less than $300 a night on Expedia.com.

“Davos Man” has come to describe individuals so wealthy and powerful that they play by their own set of rules, and write the rules for the rest of us. The annual meeting has come to define the place more than the mountains, the ski slopes or the mulled wine served in chalet taverns. Even onetime critics of the World Economic Forum have come around and now embrace its singular place in Davos.

“In my early days, I was demonstrating during the W.E.F. for better action against climate change and social justice,” Philipp Wilhelm, the mayor of Davos, told the Guardian after last year’s event was canceled. “Now, I am trying to get the W.E.F. back to Davos.” 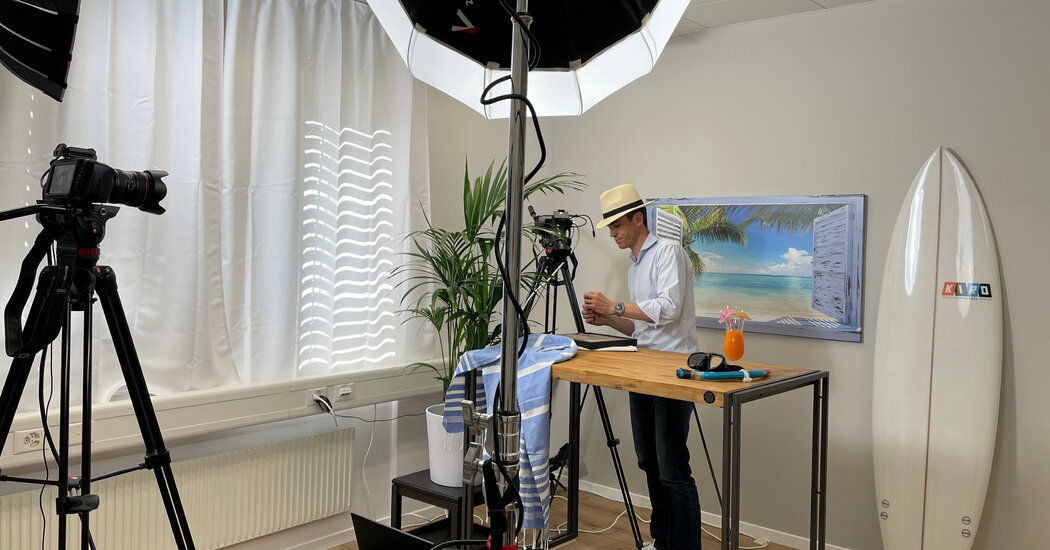 Every year Lane Schiffman — who lives in Greensboro, N.C., and who co-owns a handful of high-end watch and jewelry stores, including Shreve & Co. — usually spends a couple weeks in Switzerland at the trade shows that have been anchors of the watch industry for decades.

But for Watches and Wonders Geneva, the virtual trade fair that hosts 38 brands and starts on April 7, he will be sitting in a friend’s house, watching each company unveil its newest timepieces on a computer screen.

Mr. Schiffman said he will miss having new watches in his hands and socializing with colleagues in person. He is realistic, however, about the current limitations on physical gatherings. “It’s not something we can do, so Plan B is the next best thing, and Plan B is to do things virtually,” he said.

Certainly the online presentations this year have filled a pandemic-inspired need, but what happens to watch fairs when restrictions on large gatherings and travel are lifted?

Frédéric Arnault, chief executive of TAG Heuer. “It helps us all create this mystique around not just this or that brand, but all watch brands.”

But virtual fairs have their supporters, too. “There is something about just being able to, I hate to say it, sit in your underwear and not leave your home and watch the show,” said Adam Craniotes, an editor at large at the watch magazine Revolution and co-founder of the RedBar Group, a collectors’ organization.

Watch fairs, like so many businesses, were forced to recalibrate by the pandemic. And in this case, experts say, that restructuring was overdue.

“Probably this year of Covid was useful for them to try to disrupt something that was difficult to disrupt without such an event,” said Claudia D’Arpizio, partner and head of luxury goods for the management consultants Bain & Company. “Everyone was questioning the value of these fairs.”

an addition promised, but not fulfilled, in 2019. (Some Baselworld mainstays, like Patek Philippe and Rolex, are scheduled at Watches and Wonders.)

Many brands also have pivoted to and invested in video equipment to be used at the fairs and beyond. Chopard, for example, installed a film studio in its Geneva headquarters that it intends to introduce during the fair this week.

Some videos are brilliant, some are just boring.

In addition to its presentation of new watches, Montblanc’s watch division will include a live conversation with Reinhold Messner, the mountaineer and a brand ambassador, talking about an expedition that helped inspire elements of a limited edition timepiece.

aBlogtoWatch. “It’s because these brands have put absolutely no effort into anything beyond, ‘Hey, we heard Zoom meetings are a thing.’”

As another option, next month Mr. Adams will be introducing his own online fair, called New Watch Week. He aims to create more engaging videos than those in typical brand launches. The fair will include content at intervals throughout the year, instead of just during its first week.

His target audience, he said, is consumers, who will be able to watch for free, no invitations needed.

That type of programming is likely to continue after the pandemic has gone. Physical fairs, he said, may well resume then, too.

“The luxury industry requires real relationships, social opportunities, travel and celebration, and consumers that want to express themselves and have the money to do so,” Mr. Adams said.

“If you don’t have those things happening, you don’t really have a functioning watch industry.”

ARGYLE, Texas — His famous name shadows George P. Bush, the only member of the dynastic political clan now in public office, as he enters the final … END_OF_DOCUMENT_TOKEN_TO_BE_REPLACED

SEATTLE--(BUSINESS WIRE)--(NASDAQ: RDFN) —The housing market turned a corner in April as the inventory crunch showed signs of easing, according to a … END_OF_DOCUMENT_TOKEN_TO_BE_REPLACED

We present a chance to live like Rocky Mountain royalty right in the heart of Denver. “You don't see a lot of castles in the middle of Denver—and this … END_OF_DOCUMENT_TOKEN_TO_BE_REPLACED