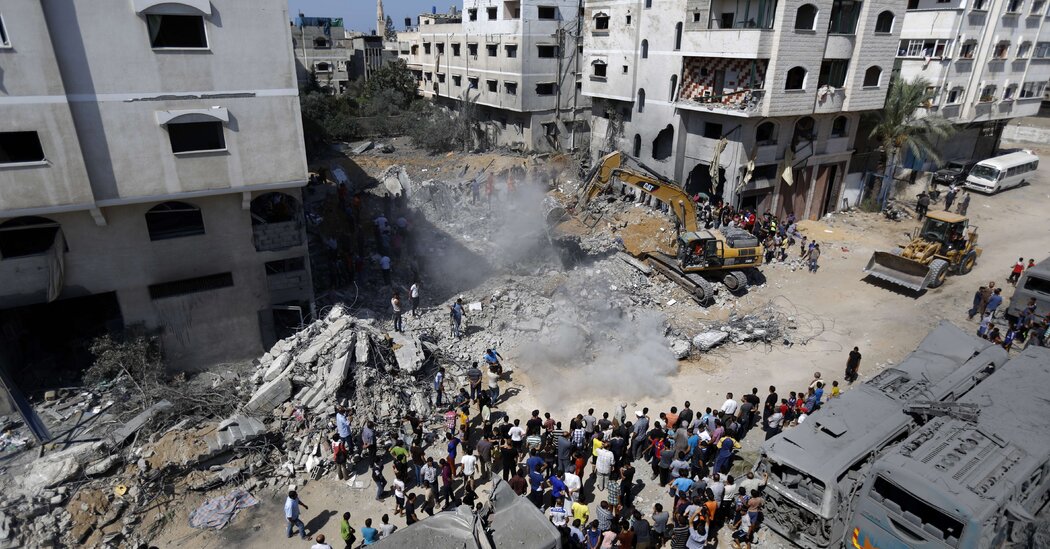 As Israel has focused its firepower on Hamas’s warren of underground tunnels and infrastructure in the Gaza Strip, it has simultaneously been engaged in a parallel clandestine strategy: a targeted killing campaign against Hamas’s military leadership.

Israel has tried several times in the current fighting to kill Mohammed Deif, the commander of Hamas’s military wing, a spokesman for Israel Defense Forces said Wednesday. Mr. Deif, a shadowy figure who has been atop Israel’s most-wanted list for nearly three decades, has become a symbol of the militant group’s resilience.

“Throughout the operation, we have tried to assassinate Mohammed Deif,” said the spokesman, Brig. Gen. Hidai Zilberman.

Israeli commandos have come close a few times over the years, and Mr. Deif has been wounded, but he has always survived.

A senior Israeli army officer said that Mr. Deif, 55, had played a pivotal role in the latest conflict, including ordering the firing of 130 rockets at Tel Aviv last Wednesday, one of the harshest attacks on Israel’s commercial capital since the fighting began.

Mr. Deif, revered among many Palestinians for his strategic prowess and ability to evade Israeli efforts to kill him, has spent decades underground. He has survived at least eight attempts on his life, including by ambush, bombings of safe houses where he was staying and missiles fired at his car, Israeli intelligence officials said. The officials, like others quoted in this article, spoke on condition of anonymity to discuss operational details of an active mission.

During those attempts, he has lost an eye and a hand, sustained neurological damage from shrapnel, suffered hearing damage and was left with a limp, according to a current and a former Israeli intelligence official.

A senior Israeli intelligence official said that since the last Israeli incursion into Gaza in 2014, Israel had several opportunities to kill him but had refrained from doing so for fear of setting off a war.

Even before Israel was founded as an independent state in 1948, those fighting for its creation had long engaged in targeted killings. But the program has raised moral quandaries internally and internationally about the ethics of such actions.

In August 2014, Israeli warplanes dropped at least five bombs on a house in the Sheikh Radwan neighborhood in Gaza where Israel believed Mr. Deif was staying. The house was reduced to rubble, and one of his wives, Widad, 28, and their infant son, Ali, were killed, along with another resident and her two teenage sons.

Israel thought that the strike had killed him. Although he survived — and subsequently fell into depression, according to the intelligence official — the attack fanned rumors of a security leak among Hamas’s leadership.

The commander, born in the Khan Younis refugee camp in Gaza, rose quickly through the ranks after joining the Islamist organization that became Hamas in the late 1980s. He has orchestrated numerous attacks against Israel, including a series of deadly bus bombings that derailed the peace process in the mid-1990s.

He is also credited with building Hamas’s military wing, the Qassam Brigades, into a fighting machine that can lob rockets against Israel, deploy commandos for naval missions and outmaneuver Israel in the warren of Gaza’s underground tunnels.

“This spreads like a virus,” Ms. Hochul said, demanding that social media executives evaluate their policies to ensure that “everything is being done … END_OF_DOCUMENT_TOKEN_TO_BE_REPLACED