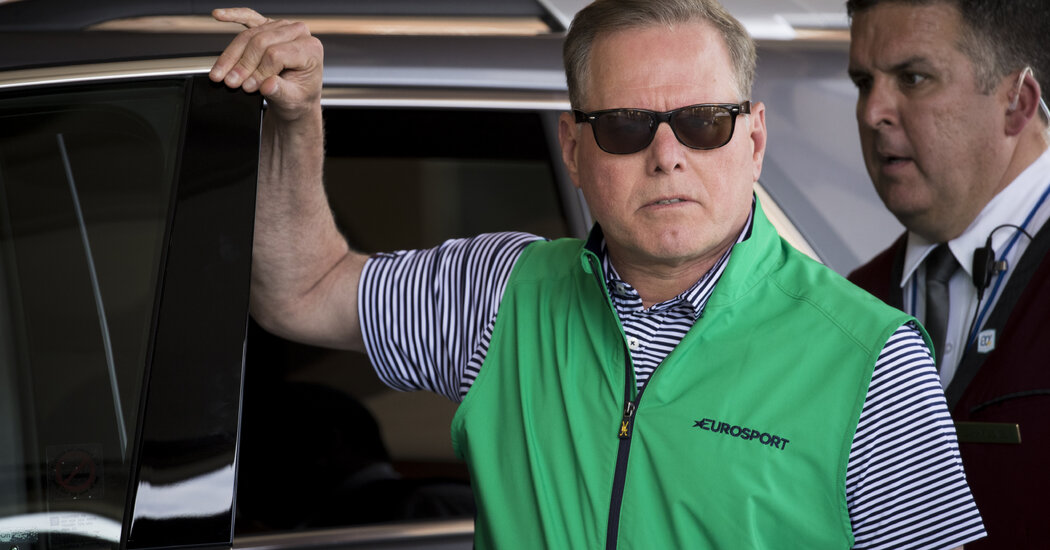 “About $20 billion of long positions were liquidated last week,” Sam Bankman-Fried, the C.E.O. of the crypto derivatives exchange FTX, told DealBook. “In terms of price movements: the biggest part of it is liquidations,” he said, suggesting the worst is over. But he also noted news from China late Friday of a crackdown on Bitcoin mining and trading. This added to other news of official scrutiny that has spooked crypto investors in recent days:

Companies with Bitcoin on their balance sheets may be getting nervous. For accounting purposes, crypto is valued at its purchase price. If it goes up in value, this isn’t reflected in a company’s accounts but if it falls, the value is impaired and puts a dent in quarterly profits. Let’s check in on the three big corporate Bitcoin holders — Tesla, MicroStrategy, and Square — shall we?

— Barry Diller, when asked by Andrew on CNBC’s Squawk Box whether he thinks Disney’s C.E.O., Bob Chapek, has pushed his predecessor, Bob Iger, to the sidelines, as he suggested earlier in the interview. (And “not very nicely,” per Diller.)

His hiring underscores business’ concerns about geopolitics. The pandemic has highlighted the potential business risks of global interconnectedness and China’s increasing assertiveness, among the many fault lines that multinational companies face.

McRaven is the latest financial outsider to join Lazard. Memorably, the firm hired the late Vernon Jordan, the civil rights leader with a gold-plated Rolodex, in 2000. “It’s not a place that is big on golfing,” said Peter Orszag, the head of financial advisory at Lazard, himself a veteran of the Clinton and Obama administrations. Bringing such people on board brings both intellectual “content” and deep relationships around the world, Orszag said.

The merger is a significant about-face for AT&T, a telecommunications giant that got into the media business with its Time Warner foray. Industry experts questioned AT&T’s deal, and now the spinoff indicates a failed acquisition strategy.

John Stankey, the chief executive of AT&T, has looked at its media business as a way to keep its phone customers from switching to other companies. AT&T Wireless subscribers get discounts and free access to HBO Max. A deal with Discovery could include stipulations that customers would maintain those benefits.

Before he took over as chief executive last year, Mr. Stankey was the company’s chief mergers strategist. But his track record has been spotty. In addition to planning AT&T’s purchase of Time Warner, he was behind the company’s $48 billion acquisition of the satellite operator DirecTV in 2015. The service has been bleeding customers for years; in February, AT&T sold part of the business to the private equity firm TPG for about $16 billion, a third of what it originally paid.

For Discovery, the WarnerMedia deal could finally give Mr. Zaslav the size and scale he has long sought. A swashbuckling executive who can recall ratings figures off the top of his head, Mr. Zaslav represents the last of the old guard in media, a hobnobbing mogul known for hosting lavish get-togethers at his house in the Hamptons.

The new company would create a new kind of media behemoth, one that is still living off the fat profits of old-school cable, while spending those profits (and more) on streaming.

Even with increased competition, HBO remains a standout in television, and last year, once again, captured more Emmys than any other network, studio or platform, including Netflix. It has several hit shows, including “Succession,” “Curb Your Enthusiasm,” “Barry” and “Last Week Tonight With John Oliver.” It also has a huge library that includes “The Sopranos,” “Game of Thrones” and “Sex and the City.”

The Warner Bros. TV studio likewise has produced successful shows for both its parent company, WarnerMedia, and outside studios with series like “Ted Lasso” (Apple TV+), “Riverdale” (CW), “The Flight Attendant” (HBO Max) and “The Bachelor” (ABC). The Warner Bros. movie studio recently released movies like “Godzilla vs. Kong,” “Mortal Kombat” and has big coming releases like “Dune” and “The Matrix 4.” 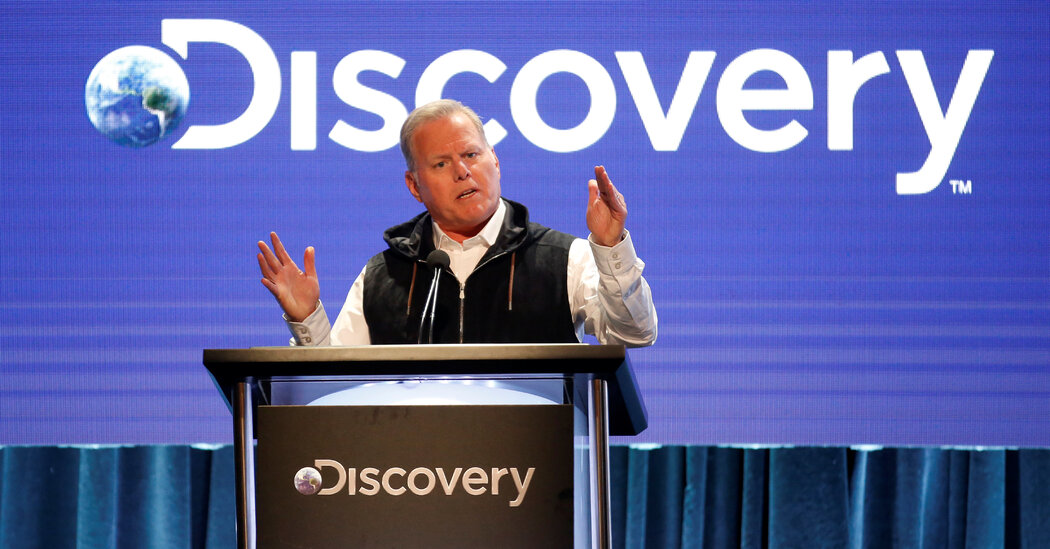 Goldbelly’s growth surpassed its expectations. Sales more than quadrupled last year, and it nearly doubled the number of restaurants on its platform, to 850. That, according to Joe Ariel, its co-founder and C.E.O., was because the company allows restaurants like Di Fara pizzeria in Brooklyn and Parkway Bakery and Tavern in New Orleans to go national: “We’re basically opening up a 3,000-mile radius for restaurants.”

Can that good fortune continue? As in-person dining resumes across the U.S., Ariel concedes that Goldbelly’s phenomenal growth rate last year “is not going to happen forever.” But its newest backers believe that restaurants will keep making online sales part of their businesses. Goldbelly is also counting on maintaining its lead by spending more on marketing, offering livestreamed cooking classes and relying on the loyalty of chefs.

Cryptocurrency’s rise to prominence is reflected in the latest U.S. tax documents (due today, in case you forgot). This year, a virtual currency question tops Form 1040, the individual income tax return form, right after the personal identifying information. The I.R.S. wants to know: “At any time during 2020, did you receive, sell, send, exchange, or otherwise acquire any financial interest in any virtual currency?”

Yes means no, sort of. If you only bought crypto with “real currency” then you aren’t required to answer “yes,” per the I.R.S. But this guidance is not binding, which means you can’t entirely rely on it. This relatively simple question, which is generating consternation among accountants, reflects the greater state of disarray when it comes to digital asset taxation.

Cryptocurrency is property for tax purposes. That means that there is a tax liability for every sale or purchase using crypto, said Amy Kim, the chief policy officer of the Chamber of Digital Commerce, a trade group: “Imagine reporting the gain or loss on every cup of coffee you bought at Starbucks.”

Big Crypto wants the I.R.S. to flip its script. The tax authorities have engaged in an “enforcement-focused approach,” Kim said. “We believe this approach should be reversed — issue practical guidance, then enforce that guidance against those who do not comply.”

A home inspection can spare you from unpleasant surprises after you buy. After crunching the numbers, searching your favorite neighborhoods, and … END_OF_DOCUMENT_TOKEN_TO_BE_REPLACED

DALLAS — The rollback of abortion rights has been received by many American women with a sense of shock and fear, and warnings about an ominous … END_OF_DOCUMENT_TOKEN_TO_BE_REPLACED