Growing up in Ibadan, Nigeria, Yewande Akinola spent her time building models of her ideal home with whatever materials she could find. But it wasn’t until her mother, an artist, made a suggestion about her university studies that she considered pursuing a career in engineering over one in architecture. Also crucial in her decision was finding an engineering degree at Warwick University in the U.K. that focused on developing countries—using little resources and lots of creativity. The rest, as they say, is herstory.

Fast-forward three decades, and the 36-year-old Akinola has built skyscrapers in China and researched the involvement of women engineers in the construction of London’s Waterloo Bridge for the BBC. She has received the Member of the Order of the British Empire honor from the Queen for her services to engineering innovation and to diversity in science, technology, engineering and mathematics—the fields collectively known as STEM—and she was recently appointed the U.K. ambassador for clean growth and infrastructure under the country’s innovation agency, Innovate UK.

Akinola’s success story remains an exception rather than the rule in the world of engineering. In the U.K., only 12% of engineers are women. In Sub-Saharan Africa, a focus of Akinola’s diversity-in-STEM efforts as a member of the steering committee of the Royal Academy of Engineering’s GCRF Africa Catalyst program, the figure is estimated to be less than 10%.

With World Engineering Day (March 4) and International Women’s Day (March 8) just a few days apart, this is as good a time as any to inspire women to enter the male-dominated field of engineering and make an impact on their countries’ progress toward the UN’s Sustainable Development Goals.

Starting On The Engineering Path

Engineering is a vast field with many specialities, and the choice can be overwhelming for students. For those interested in sustainability, Akinola has no doubt that the best focus is in energy engineering because it’s the basis for all other sustainability activities, whether in construction or agriculture.

Geography can also shape an engineer’s focus. Sub-Saharan Africa, for instance, has a diversity not just of languages, landscapes and cultures but also of energy needs and opportunities. Countries like Akinola’s native Nigeria, where oil has determined the fortunes of many, have yet to show a full commitment to a post-oil future. Elsewhere, the picture is different. “Where there isn’t that much oil, you can see solar panel farms popping up, wind turbine farms, and there’s that accelerated renewable response because of a lack of a natural resource,” Akinola points out.

To those who doubt engineering would suit them, Akinola suggests looking beyond its reputation as a difficult, math-heavy subject. “The artist’s impression is what we always start off with,” she says; the rest is just “using maths and physics as a tool for creating that creative stroke.”

Another issue that deters prospective engineers is visibility. “I’ve seen young people say, ‘Actually, I don’t think I can do this because I don’t see many people like myself,’” Akinola says. But she has seen the impact that grants—like those managed by the GCRF Africa Catalyst program, which has awarded $4.8 million across 37 projects in 14 countries since 2016—can have. The Higher Education Partnerships in Sub-Saharan Africa Programme, working with Institution of Engineers Rwanda, helped to increase the proportion of female internship applicants from 5% in 2018 to 25% in 2019.

Akinola says you can see the growing confidence of those who receive that support and think, “If I’m receiving this amount in grants, it’s because somebody believes in me—somebody thinks that I have a role to play in ensuring that engineering can become the tool for that economic development in my country.”

Embarking on a career path where women, and especially women of color, are still a rarity comes with its own challenges. Akinola has developed a useful mantra to deal with those who doubt her skills because of their own biases.

“Early on in my career, I had to be comfortable with who I was, as a person,” she says, “and through that journey, I’ve met people who recognize a level of authenticity.” She acknowledges that it takes conscious effort to remember to appreciate those experiences that make you unique, but they will pay off in the end, she says.

“It’s not easy,” she says, “and I have to remind myself all the time, but at least it’s my fallback.”

On the flip side of the visibility issue in male- and white-dominated environments is the issue of tokenism—feeling like you’ve been hired or offered an opportunity just to tick a diversity box. That, too, is something that Akinola is familiar with.

“Sometimes you leave some of those sessions or events or panels a bit upset because you figure out that they just wanted you to be a face there,” she says. Akinola is nonetheless motivated by the thought that her time and words can cause a ripple effect and make someone else feel empowered.

“Of course, sometimes you have to give yourself a bit of a break,” she says, “because a lot of women, as we always do, we take on the responsibility of fixing the world. And it’s not quite 100% our responsibility. We need our allies, and sometimes it gets tiring, so it’s a balance. We have to take care of ourselves and step back and know that actually we’re doing it on our own terms.” 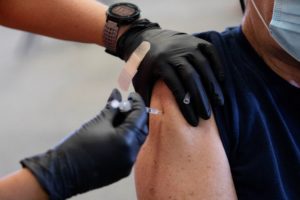 (CNN) — It would've been unthinkable 12 months ago as the cruise industry reeled from the effects of Covid, but one operator is now offering an epic … END_OF_DOCUMENT_TOKEN_TO_BE_REPLACED 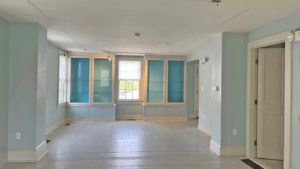 It’s rare for a multipurpose property to come on the market on the quaint island of Nantucket, MA. But for a buyer in search of a historic building … END_OF_DOCUMENT_TOKEN_TO_BE_REPLACED