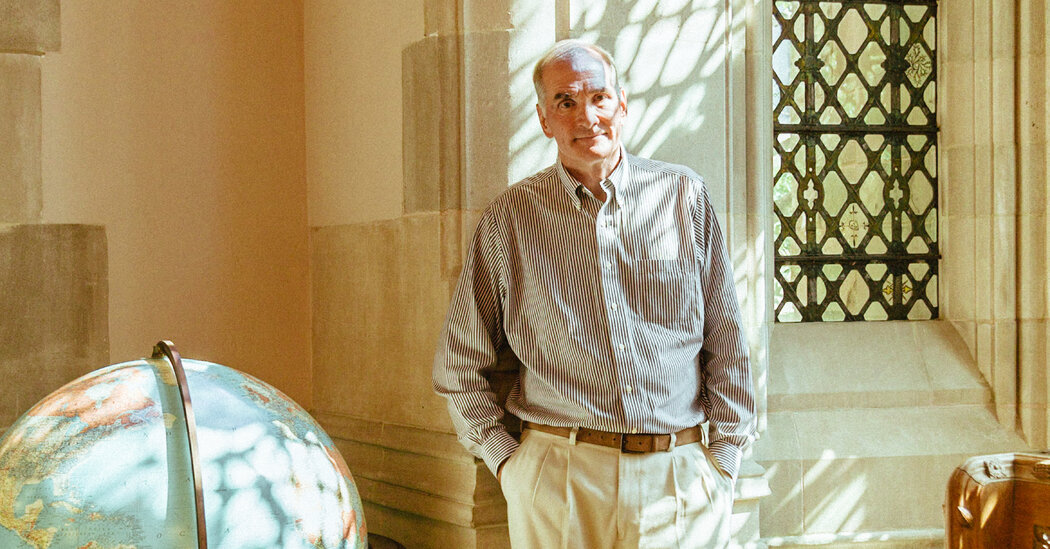 Other money managers joining universities sought Mr. Swensen’s advice. He always suggested that they keep their offices on campus if possible, and he was sensitive to matters that students brought up, like climate change. Students have continued to push Yale to take a stronger stand on the issue.

Mr. Swensen acknowledged that greenhouse gas emissions posed a grave threat and asked managers to consider the financial risks of climate change, particularly if the government imposed carbon taxes. The investment office recently estimated that 2.6 percent of the endowment is invested in fossil fuel producers, a multi-decade low, and that it expects that decline to continue.

In 2018, Mr. Swensen said Yale would not invest in outlets that sell assault weapons. Most recently he encouraged endowments to hire more women and members of minorities.

Over the years he was a trustee or adviser to a host of institutions, including the Brookings Institution, the Carnegie Corporation, the Courtauld Institute of Art, the Chad Zuckerberg Initiative and the states of Connecticut and Massachusetts.

Mr. Swensen was as concerned about the small investor as he was about his endowment. In his book “Unconventional Success: A Fundamental Approach to Personal Investment” (1995), he advised people to keep their costs low and to stick to exchange-traded funds, which invest across an entire index of stocks, rather than investing with money managers or mutual funds that select individual stocks, and where the costs can erode profits. It was virtually impossible for the average investor to get into the best private funds, he said.

A home inspection can spare you from unpleasant surprises after you buy. After crunching the numbers, searching your favorite neighborhoods, and … END_OF_DOCUMENT_TOKEN_TO_BE_REPLACED