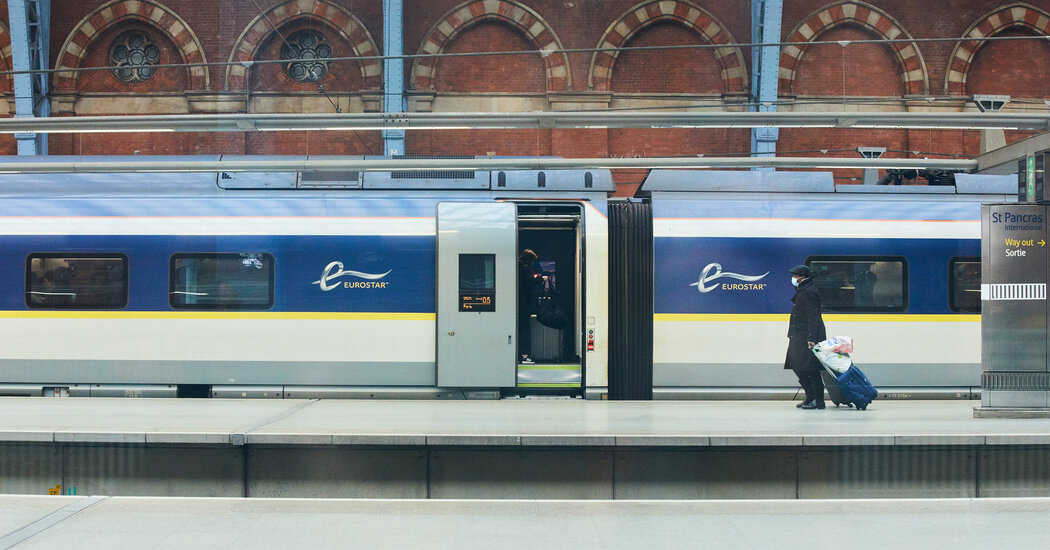 Consider it a small victory.

Eurostar, the sleek and speedy high-speed train service that ties London, Paris, Brussels, Amsterdam and other cities, will increase its timetable on May 27 to two trains per day on its once heavily traveled Paris-London route, up from just one round-trip train per day imposed during the pandemic.

The service is increasing slightly as governments in Europe plan to slowly lift longstanding national restrictions on travel designed to combat the spread of the coronavirus. From a peak of running more than 60 trains a day, Eurostar cut service during the pandemic to one daily round trip between London and Paris, and one on its London-Brussels and Amsterdam routes.

The Brussels-Amsterdam route will remain the same with one train in each direction per day, a spokesman said, adding that Eurostar will adapt its timetable should demand increase, which still depends on travel restrictions across its routes.

Eurostar’s future has been thrown into turmoil as pandemic measures led last year to a 95 percent slump in ridership, creating a cash crunch and pushing the iconic company to the brink of bankruptcy.

sold its stake in the rail company, last month declined to back a broader financial rescue package.

A spokesman for Eurostar said that it had no new details on a financial rescue, but that “conversations are still progressing.” The spokesman added that it was “too early to predict a recovery to prepandemic levels — this would be very much dependent on the easing of international travel restrictions which are yet to be confirmed.”

Eurostar trains will maintain some vacant seats onboard to allow for social distancing. The company said it was advising riders to check with their embassies before traveling, and to consult the company’s website for the latest information.

KOROPY, Ukraine — Four men tugged at long strips of fabric to lift a coffin out of the gaping hole in the backyard of a small house. They flung the … END_OF_DOCUMENT_TOKEN_TO_BE_REPLACED

The lawsuits argue that state constitutions offer more protection for abortion than the federal constitution, either by quirk of state tradition or … END_OF_DOCUMENT_TOKEN_TO_BE_REPLACED