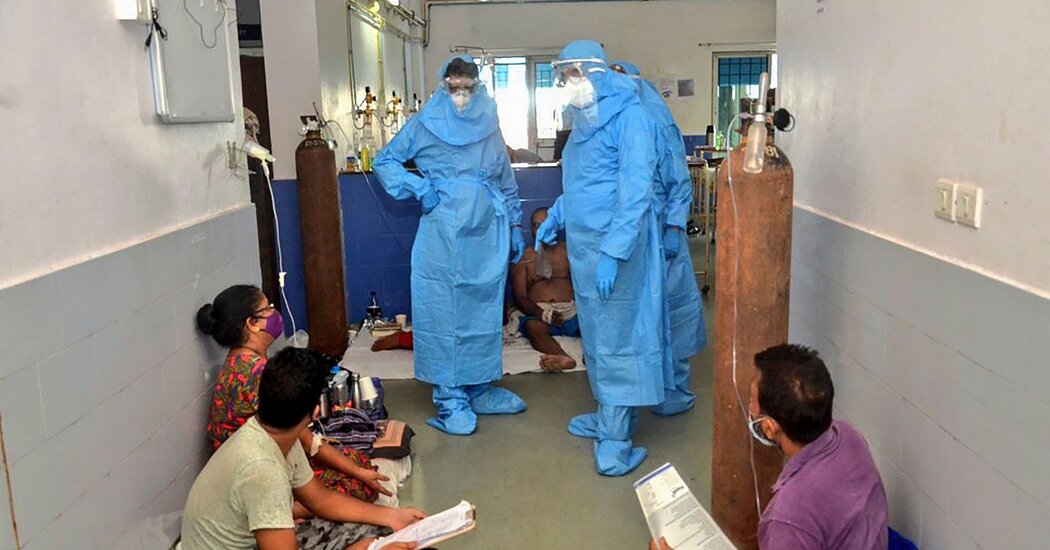 NEW DELHI — Just a few months ago, the southwestern state of Goa was welcoming tourists from across the rest of India who were drawn to its picture-perfect beaches, an ideal source of relief from coronavirus rules in other regions.

Group celebrations, many without masks, were common. Life appeared to have gone back to normal.

But it did not last.

With India in the grip of a devastating coronavirus outbreak, 26 people died at the state-run Goa Medical College and Hospital on Tuesday morning, possibly because of an oxygen shortage, one official said.

“Due to interrupted supply of oxygen, we feel that between 2 a.m. and 6 a.m. many people are dying in G.M.C.,” the health minister for Goa, Vishwajit Rane, told The Times of India. He also called for a High Court inquiry to investigate the cause of the deaths.

Goa has been reporting one of the highest infection rates in the country for at least a week.

Mr. Rane said in an interview with CNN last week, “Opening up of tourism without any restrictions in December has led to this situation.”

Goa has also created headlines for approving the use of ivermectin, an anti-parasite drug, in the treatment and prevention of Covid-19. The World Health Organization has said that there is not enough evidence to suggest that the drug reduces mortality in coronavirus patients.

On Monday, Mr. Rane announced on Twitter that the state government would make the drug available for everyone over 18 as a prophylactic.

KOROPY, Ukraine — Four men tugged at long strips of fabric to lift a coffin out of the gaping hole in the backyard of a small house. They flung the … END_OF_DOCUMENT_TOKEN_TO_BE_REPLACED

The lawsuits argue that state constitutions offer more protection for abortion than the federal constitution, either by quirk of state tradition or … END_OF_DOCUMENT_TOKEN_TO_BE_REPLACED