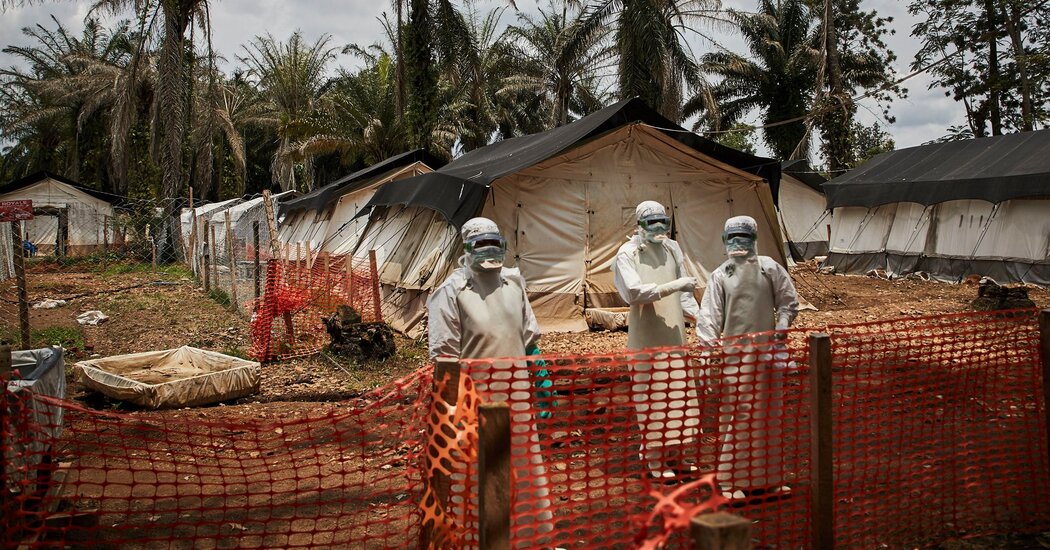 Oxfam has suspended two staff members over accusations of sexual misconduct in the Democratic Republic of Congo in recent years, the British charity said on Friday, months after commissioning a broader investigation into abuse claims in the central African nation.

The suspensions were the latest troubles for Oxfam, whose funding from the British government was halted for nearly three years after a sexual exploitation scandal in Haiti in early 2018. The charity was allowed to apply again for that assistance only a few weeks ago.

“We have suspended two members of Oxfam staff in the Democratic Republic of Congo as part of an ongoing external investigation, which we set up last November, into allegations of abuses of power, including bullying and sexual misconduct,” the charity said in a statement on Friday.

The accusations against Oxfam and other aid workers in Congo come amid a broader examination of accusations of sexual abuse by humanitarian aid workers and United Nations peacekeepers working with some of the world’s most vulnerable people in war zones and humanitarian emergencies.

The New Humanitarian, a nonprofit news organization based in Geneva, about the conduct of aid workers in Congo during the Ebola crisis from 2018 to 2020. It cited accusations from more than 50 women who said they had been sexually abused by workers at several leading charities, including Oxfam.

The accusations focus on multiple incidents in eastern Congo at a time when several international aid groups were working in the region. The report mentioned staff members of several other aid groups and agencies.

Oxfam said in its statement that it was “acutely aware of our duty to survivors, including in supporting them to speak out safely,” and added, “We are working hard to conclude the investigation fairly, safely and effectively.”

In February 2018, the Haitian government suspended the British branch of Oxfam from working in the country after an investigation found that there had been sexual misconduct by employees and that aid workers had abused their power and paid women for sex.

A cholera outbreak that later killed thousands of Haitians was traced to United Nations peacekeeping troops sent in after the quake. And in recent years staff members of U.N. peacekeeping missions and some of its aid agencies have been accused of sexual abuse in the Central African Republic, Congo and Haiti.

The issues have forced a re-examining of safeguarding measures within the organization. Last month, António Guterres, the United Nations secretary-general, released an annual report on the global body’s response to sexual exploitation and abuse.

That report acknowledged the most recent accusations implicating United Nations workers involved in the Ebola response, and said that an independent commission and other bodies were “investigating these wrongs.”

“I am deeply concerned that such egregious allegations continue to implicate United Nations personnel and pledge that we will redouble and spare no efforts to address the underlying factors that harm those whom we seek to assist,” Mr. Guterres said in the report.

The U.N. report also noted that the coronavirus pandemic had “deepened existing inequalities and exposed those in vulnerable situations to increased risks of sexual exploitation and abuse.” 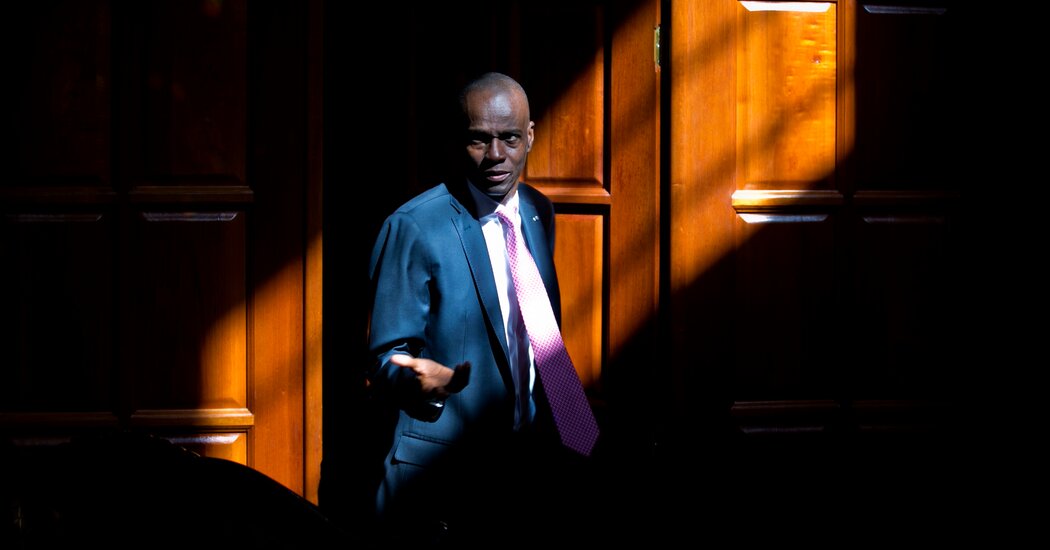 Haiti’s president knows he has a problem: Governing a country that at times seems to verge on the ungovernable is hard enough when you have a lot of support.

Jovenel Moïse clearly does not.

In a recent interview, the Haitian leader lamented that he has the confidence of only a small sliver of his people.

He won the 2016 elections with just under 600,000 votes in a country of 11 million. And now many are angry over his refusal to leave office in January, amid a dispute over whether his term ended then or should extend for one more year.

Yet Mr. Moïse, 52, has chosen this moment to embark on the biggest shake-up Haiti’s politics has seen in decades, overseeing the drafting of a new Constitution that will restructure government and give the presidency greater powers.

desperation is at an all-time high. Many Haitians are unable to step onto the street to run basic errands without worrying about being kidnapped for ransom.

Mr. Moïse says he, too, is concerned about voter participation.

“There is a silent majority,” he said. “Many Haitians don’t want to participate in something they think will be violent. We need peace and stability to encourage people to vote.”

As the June referendum on the Constitution approaches, the government is trying to register five million voters, Mr. Moïse said. His goal, he said, is to inject the process with more legitimacy than his presidency had.

According to the United Nations, there are at least 6.7 million potential voters in Haiti. Others say that number is an undercount, since many Haitians are undocumented, their births never registered with the government.

In an effort to placate critics, and ease concerns that he is positioning himself to benefit from the new Constitution, Mr. Moïse has promised not to run in the next election.

But to fix the country before he steps down, he says, he needs to accumulate enough power to take on an oligarchy he says has paralyzed Haiti to profit off a government too weak to regulate or tax their businesses.

“We are suffering today from state capture — it is the biggest problem we face today,” Mr. Moïse said.

Some view with deep skepticism Mr. Moïse’s claims that he has made an enemy out of big businesses by trying to regulate them. They say the president is simply trying to stoke populist sentiment to deflect from the failures of his own government and sideline political opponents.

Others are willing to be more charitable, but say he has not done enough to build support.

“The problem is that the way that Moïse has gone about it,” said Alexandra Filippova, a senior staff attorney with the Institute for Justice & Democracy in Haiti, an organization that provides legal representation for victims of human rights abuses. “He is unilaterally pushing it forward.”

The draft Constitution, for example, released last month, is available only in French — which the vast majority of Haitians do not read — instead of Creole.

And no members of civil society were invited to take part as the document was drafted. Mr. Moïse instead appointed a special commission to do that. That, critics say, dims the chances for real progress.

“Constitutional change is supposed to reflect a social consensus of some sort,” Ms. Filippova said.

TOKYO — As he visits Washington this week, it would seem as if Prime Minister Yoshihide Suga of Japan could take a victory lap.Mr. Suga is the first … END_OF_DOCUMENT_TOKEN_TO_BE_REPLACED

On Tuesday, Mr. Biden spoke with President Vladimir V. Putin of Russia, warning Mr. Putin about the Russian troop buildup on Ukraine’s border and in … END_OF_DOCUMENT_TOKEN_TO_BE_REPLACED