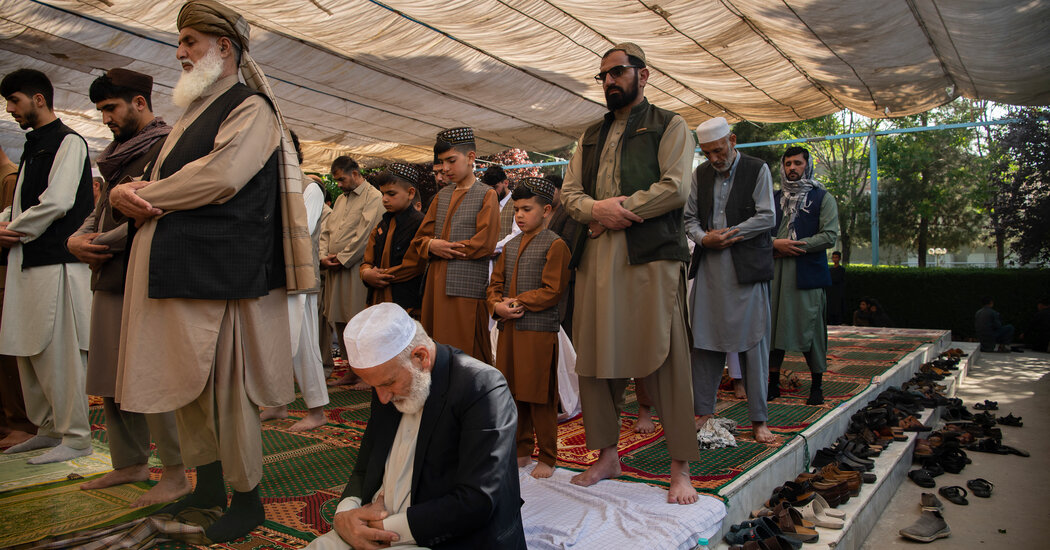 KABUL, Afghanistan — Thousands of Afghans had piled into buses and set out down the country’s once perilous highways bound for relatives they had not seen in years. Afghanistan’s only national park was filled with tourists who had only dreamed of traveling to its intensely blue lakes and jagged mountains when fighting raged across the country.

And Zulhijjah Mirzadah, a mother of five, packed a small picnic of dried fruit, gathered her family in a minibus and wove for two hours through the congested streets of the capital, Kabul, to a bustling amusement park.

From the entrance, she could hear the low whoosh of a roller coaster and the chorus of joyous screams from Afghans inside celebrating Eid al-Fitr, the holiday marking the end of the holy month of Ramadan. But she could not go further. Women, she was told at the gate, were barred by the Taliban from entering the park on Eid.

“We’re facing economic problems, things are expensive, we can’t find work, our daughters can’t go to school — but we hoped to have a picnic in the park today,” said Ms. Mirzadah, 25.

country’s economic collapse since the Taliban toppled the Western-backed government, the freedom of travel and luxury of celebratory outings remained out of reach.

City Park, the amusement park in Kabul, and the city’s zoo, had less than half of the number of visitors that typically come each Eid, according to park managers. The low turnout was a reflection of both the country’s economic downturn and the Taliban’s edict barring women from visiting on Eid — the latest in a growing roster of restrictions on women in public spaces.

In a modest house tucked into one of Kabul’s many hillsides, Zhilla, 18, gathered with relatives at her aunt’s house on the second day of Eid. Her young cousins and siblings chased each other in the small courtyard. Inside, Zhilla marveled over her new cousin, just six days old, sleeping peacefully in her mother’s lap.

“The baby knows we’ve been through a lot, she needs to behave for us,” Zhilla joked.

The previous year, she and her relatives had gathered by the city’s Qargha reservoir for a picnic by the river, as boys and girls rode bicycles along its banks and took boats out on the water — a memory that feels like a lifetime ago, she said.

“This Eid is the same as any other day — we cannot go out, we cannot be free,” she said. 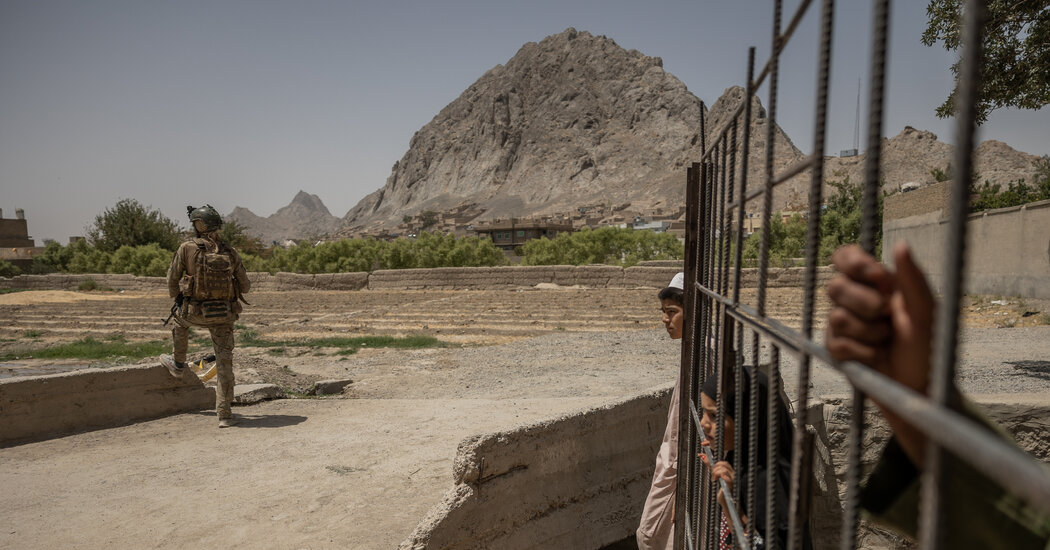 About an hour outside of the capital city of San Juan, the sumptuous spread known as Hacienda Illusion is now on the market for $48 million. For a … END_OF_DOCUMENT_TOKEN_TO_BE_REPLACED

Kids at Hilton Aruba play with the resident birds. Hilton Aruba As summer nears, hotels around the world are making big changes and refreshing their … END_OF_DOCUMENT_TOKEN_TO_BE_REPLACED

In 1789, before the slave rebellion, the marquis bought 21 recently kidnapped Africans before leaving for France. But he didn’t indicate where they … END_OF_DOCUMENT_TOKEN_TO_BE_REPLACED