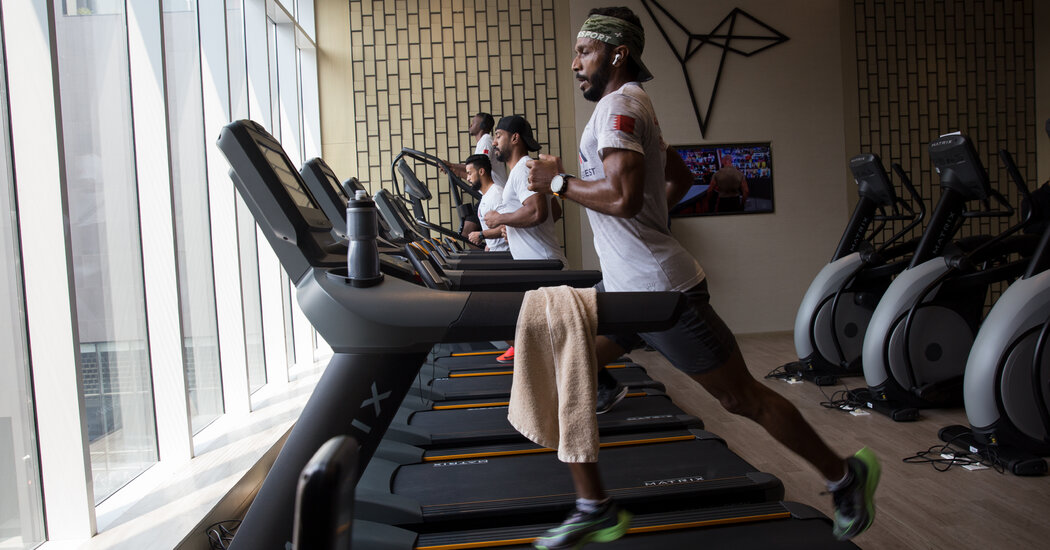 KATHMANDU, Nepal — Mark Pattison played wide receiver for three National Football League teams in the 1980s. Now he wants to fulfill another dream: to climb all seven of the world’s highest peaks, including Mount Everest.

To prepare, Mr. Pattison, 59, packed weatherproof outerwear, polarized goggles and ice crampons. But he is climbing Mount Everest in the midst of a global pandemic. He has supplemented his usual gear with face masks, gloves and sanitizer. He took out extra insurance to pay for a rescue if Covid-19 strikes.

The coronavirus is resurging in South Asia, but Mr. Pattison is undaunted. “I wanted to be there,” he said, “in Nepal, this spring, at any cost.”

Nepal has reopened Mount Everest and its seven other 26,200-foot-plus peaks in the hope of a mountain-climbing rebound. The tiny Himalayan country was forced to close trails last year, dealing its economy a devastating blow. For this year’s climbing season, from March to May, Nepal has granted more than 300 climbers the licenses needed to ascend Mount Everest. Many of those climbers hope to reach the summit, 5.5 miles above sea level.

11 deaths in 2019 — even more hazardous. Local officials have instituted testing, mask and social-distancing requirements, stationed medical personnel at the Mount Everest Base Camp and made plans to swoop in and pick up infected climbers. Climbers are typically greeted in Kathmandu with raucous parties thrown by expedition staffers. But not this year.

to suspend its vaccination program before a donation of 800,000 doses from China, its other giant neighbor, allowed it to resume. Still, it won’t be able to administer a second regimen to the 1.7 million who already received a first dose of the AstraZeneca vaccine.

Despite potential problems, the climbing season kicked off at the end of March, after the first expedition left Kathmandu. From there, climbers travel by plane to Lukla, the town that serves as the starting point for the 10-day trek to base camp. Once at camp, they spend weeks there acclimating to the altitude and waiting for a window of clear weather to attempt the summit.

Sandro Gromen-Hayes, a filmmaker who documented a British Army expedition of Everest in 2017, said Thamel, the area of Kathmandu popular with broke backpackers, was quieter this year.

“It was swarmed with trekkers and climbers and stoners and everything in between,” he said of his previous visit. “Now Thamel is much quieter.”

Mr. Gromen-Hayes, 31, came to Nepal from Pakistan, where he filmed an expedition on K2, the world’s second highest peak, which is known because of its ferocious winds as “the savage mountain.” Usually bereft of climbers in winter, it saw dozens of top mountaineers who had been cooped up for months in virus lockdowns and then flocked to K2 in December to make an attempt.

Among the climbing community, “I don’t think a lot of people are concerned about the corona angle,” he said.

Some climbers, like Mr. Pattison, the former N.F.L. player, said they were drawn to Mount Everest this year because they assumed it would be less crowded. But Nepal expects more climbers to apply for licenses beyond the more than 300 who have already, said Mira Acharya, the director of Nepal’s tourism department.

Mr. Pattison plans to trek in surgical gloves and gown, trading in his face mask for an oxygen mask only when he begins the arduous climb from base camp to the peak.

The record books are motivating Mr. Pattison. He has already climbed the six other peaks on the other continents. Should he climb Mt. Everest, he will be the oldest N.F.L. player to have surmounted the Seven Summits, as the peaks are known, and the first to climb Everest and then clamber up neighboring Lhotse, at 27,940 feet the world’s fourth-highest peak, within 24 hours.

“I’ve been at this for nine years,” Mr. Pattison said. Despite the pandemic, he added, “I’m ready to go.”

Daunting challenges face the American-backed Afghan security forces. Over the past year, they have lost territory from repeated assaults by the … END_OF_DOCUMENT_TOKEN_TO_BE_REPLACED