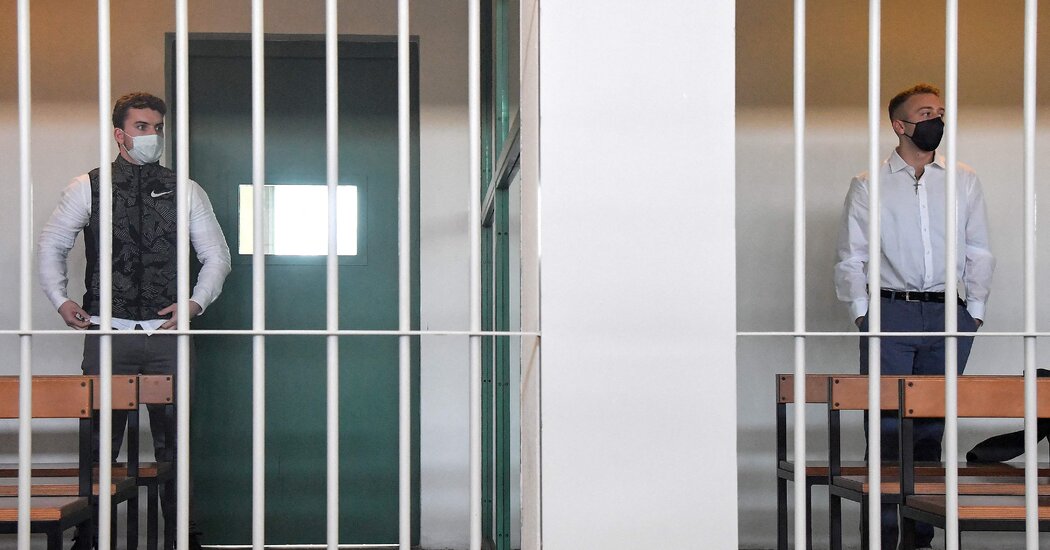 ROME — Two American men were found guilty of murder on Wednesday and sentenced to life for the killing of an Italian military police officer in July 2019, when the two young San Francisco natives were vacationing in Rome.

Gasps were heard across the courtroom as the verdicts were announced, and the slain officer’s widow leaned against her lawyer and sobbed.

The two Americans were in their teens on July 26, 2019, when an early-morning scuffle on a deserted street corner with two plainclothes police officers — Brigadier Cerciello Rega and another officer, Andrea Varriale — turned deadly.

The fight capped a convoluted evening that began with an aborted drug deal in a trendy nightlife neighborhood. After an unsuccessful attempt to buy cocaine, the two Americans stole a backpack belonging to Sergio Brugiatelli, a middleman who had brokered that drug deal, and then demanded money for the bag’s return.

Brigadier Cerciello Rega and his partner had been dispatched to retrieve the backpack, and the officer was killed at the rendezvous for the handover.

The teenagers were arrested at their hotel, just down the block from where Brigadier Cerciello Rega was killed, a few hours after the murder.

last July, he said that they had pulled out their badges and clearly announced themselves.

The case attracted international attention in part because of the young ages of the victim and the men on trial. Brigadier Cerciello Rega, who had just returned to work after his honeymoon, was given a hero’s funeral, broadcast live on national television.

Mr. Elder and Mr. Natale Hjorth have spent the last 21 months in prisons in Rome while awaiting the trial and verdict.

GREENVILLE, N.C.--(BUSINESS WIRE)--Employers aiming to win the war on talent have a new “A” team to tap into: college and professional athletes. … END_OF_DOCUMENT_TOKEN_TO_BE_REPLACED

Mortgage rates are likely to rise in July, extending a seven-month streak. High inflation, and the Federal Reserve's efforts to control it, have … END_OF_DOCUMENT_TOKEN_TO_BE_REPLACED