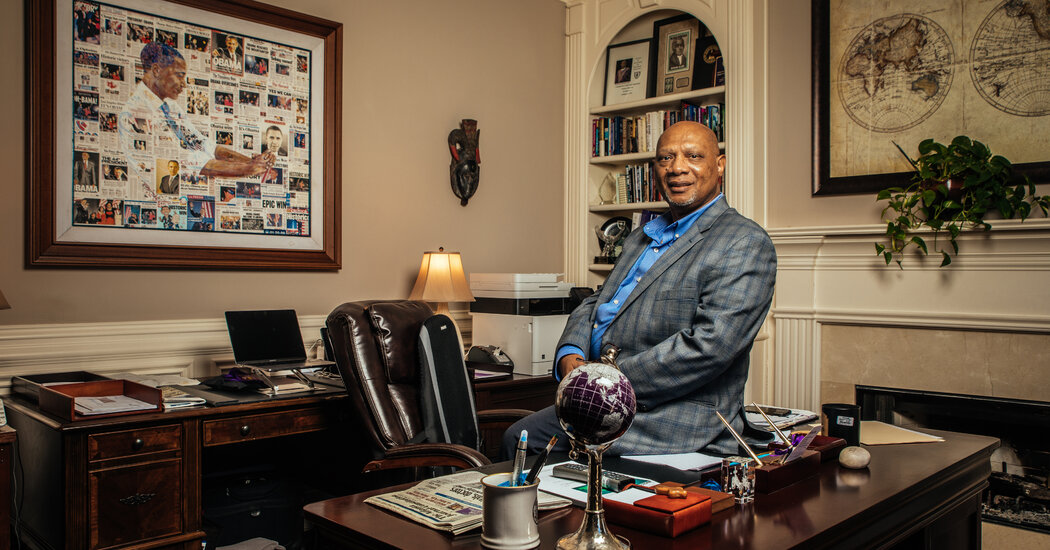 A major coalition of Black faith leaders in Georgia, representing more than 1,000 churches in the state, called on Tuesday for a boycott of Home Depot, arguing that the company had abdicated its responsibility as a good corporate citizen by not pushing back on the state’s new voting law.

The call for a boycott, led by Bishop Reginald T. Jackson, who oversees all 534 African Methodist Episcopal churches in Georgia, represents one of the first major steps to put significant economic pressure on businesses to be more vocal in opposing Republican efforts in Georgia and around the country to enact new restrictions on voting.

“We don’t believe this is simply a political matter,” Bishop Jackson said in an interview. “This is a matter that deals with securing the future of this democracy, and the greatest right in this democracy is the right to vote.”

Home Depot, Mr. Jackson said, “demonstrated an indifference, a lack of response to the call, not only from clergy, but a call from other groups to speak out in opposition to this legislation.”

Coca-Cola and Delta have spoken out against the state’s new voting law, Home Depot has not, offering only a statement this month that “the most appropriate approach for us to take is to continue to underscore our belief that all elections should be accessible, fair and secure.”

While not publicly wading into the fray, one of the company’s founders, Arthur Blank, said in a call with other business executives this month that he supported voting rights. Another founder, Ken Langone, is a vocal supporter of former President Donald J. Trump.

Mr. Jackson said that the faith leaders were calling for four specific actions from Home Depot: speaking out against the Georgia voting law, publicly opposing similar bills in other states, offering support for the John Lewis Voting Rights Act in Congress, and backing litigation against the Georgia law.

Not all voting rights groups are on board with a boycott.

“I can’t fully support a boycott within Georgia,” said Aunna Dennis, the executive director of the Georgia chapter of Common Cause. “The boycott hurts the working-class person. But corporations do need to be held accountable on where they put their dollars.”

Faith leaders acknowledged concerns from state leaders, both Democratic and Republican, about the impact of boycotts, but felt the stakes were high enough.

“It is unfortunate for those who will be impacted by this, but how many more million will be impacted if they don’t have the right to vote?” said Jamal H. Bryant, the senior pastor of the New Birth Missionary Baptist Church in Lithonia, Ga.

“And so in weighing it out, we understand, tongue in cheek, that this is a necessary evil,” Dr. Bryant said. “But it has to happen in order for the good to happen.”

MIAMI — The morning after Hurricane Ian slammed into Florida, Gov. Ron DeSantis shared the podium at his news briefing with two people: his emergency … END_OF_DOCUMENT_TOKEN_TO_BE_REPLACED

SHERMAN OAKS, Calif.--(BUSINESS WIRE)--When it comes to choosing a property management company, the size of a company often becomes a sticking point … END_OF_DOCUMENT_TOKEN_TO_BE_REPLACED