General Motors reported a modest rise in car sales in North America for the first quarter, but its operations continue to be hampered by a shortage of computer chips.

The automaker said on Thursday that it sold 642,250 cars and light trucks in the first three months of the year, up just 4 percent even though sales a year ago slowed sharply as the coronavirus pandemic took hold.

By contrast, Toyota Motor showed a strong rebound in sales compared with a year ago. The Japanese company reported sales in North America jumped 22 percent in the first three months of 2021, to 603,066 cars and light trucks. Its March sales were a record high for that month.

G.M. has had to halt or slow production at a handful of plants and has resorted to making some vehicles without parts containing computer chips, with the intention of installing those components later when the supply improves.

In a statement, G.M. said that it hoped its strategy for building cars without some components would help it “quickly meet strong expected customer demand during the year.”

That approach to building cars “underscores the dire nature” of the semiconductor shortage, an analyst at CFRA Research, Garrett Nelson, said in a report. “One of the key questions is how much better the U.S. auto sales recovery can get from here.”

The chip shortage is reflected in G.M.’s unusually low inventory of 334,628 vehicles. That is about 76,000 less than at the end of the fourth quarter, and half the number of vehicles its dealers held in stock a year ago.

G.M.’s sluggish sales were confined to its Chevrolet brand, whose sales fell 2 percent in the first quarter. That includes a 13 percent decline in sales of its full-size Silverado pickup truck, a critical profit maker for the company. The Buick, Cadillac and G.M.C. brands reported strong sales in the quarter.

Toyota also reported a drop in sales of its full-size pickup, the Tundra. But the decline was more than offset by big increases in sales of its RAV4, Highlander and 4Runner sport-utility vehicles and cars from its Lexus luxury brand. 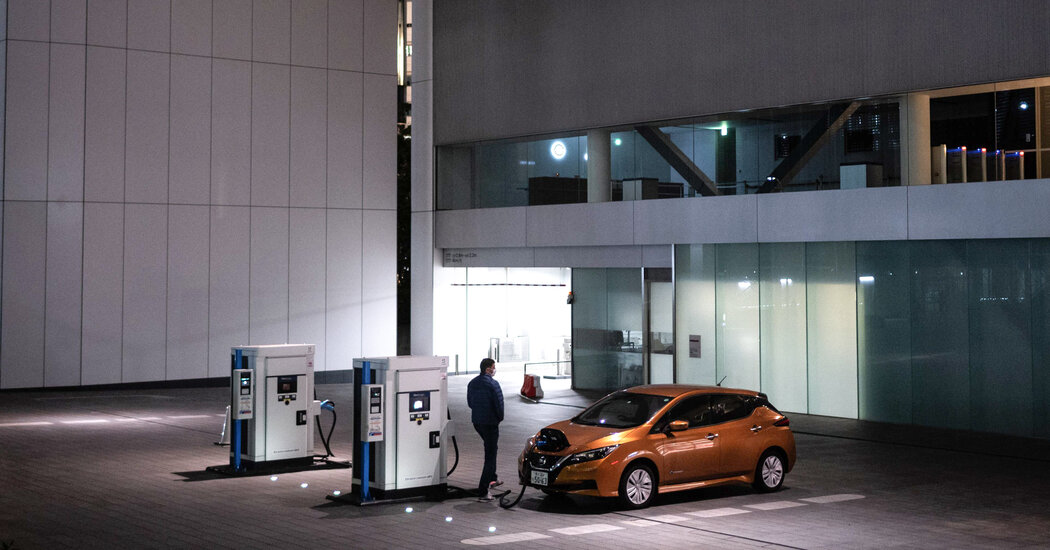 TOKYO — Just over a decade ago, Nissan became the first automaker to offer a mass-produced car that ran on batteries alone. That hatchback, the Leaf, has been a smash hit, at least by electric car standards, with more than 500,000 sold by the end of last year.

But as the trail that Nissan blazed becomes increasingly crowded, Japan’s mighty auto industry is in danger of being left behind. While governments and automakers worldwide are staking out bold pledges to transition to electric-only vehicles, Japanese car companies and regulators are hedging their bets.

Japan dominates the global market for the current generation of climate-friendly vehicles — gasoline-electric hybrids — and hopes to leverage its huge investment in the technology for as long as possible. That short-term focus, however, leaves the country’s most important industry at risk of missing a transformative moment, said Masato Inoue, the original Leaf’s lead designer.

“When disruption happens, there’s always fear,” said Mr. Inoue, who retired from Nissan in 2014. But ready or not, he added, “a big wave of electric vehicles is really coming.”

became the first major automaker to declare that it would eliminate all tailpipe emissions from its cars, vowing to do so by 2035. Last week, Volvo moved to outdo its larger competitors by pledging to go electric-only by 2030.

In addition to traditional automakers, start-ups like the Chinese company Nio and titans of other industries like Apple are seeking pieces of the burgeoning market.

Automakers in the United States, China, Europe and South Korea are already sprinting past their Japanese competitors. Toyota did not release its first all-electric vehicle on the consumer market until early 2020, and then only in China. Honda is relying on G.M. to produce electric vehicles for the U.S. market.

conference in his capacity as head of the automotive association, Mr. Toyoda scoffed at the idea of Japan’s replacing hybrids with all-electric vehicles, accusing the Japanese media of inflating their commercial and environmental viability.

report by IDTechEx, a market research firm. So it is understandable that Japanese firms — and regulators — want to try to recoup the country’s enormous investments in hybrid technology and wait to see how consumer preferences and foreign regulatory regimes evolve, said James Edmondson, an analyst at the firm.

“For the manufacturers like Toyota, like Nissan, the hybrids are so prolific, there’s a good business case for them, so it’s in the interest of the government to keep pushing for them,” he said.

Kota Yuzawa, an auto industry analyst at Goldman Sachs, said it was not a matter of whether Japan’s automakers could make the transition. They have world-class technology and are putting significant resources into developing more of it. “But they are waiting for the right timing,” he said.

admission, has lost its lead and is now scrambling to catch up.

Last summer, it announced its most ambitious battery-electric vehicle since the Leaf, an S.U.V. called the Ariya. And in January, the company said it would be carbon neutral by 2050, a decision that mirrored a new national policy change late last year.

But, like Japan’s other automakers, it is moving cautiously.

“For Nissan’s key markets, every all-new vehicle offering will be electrified by the early 2030s,” the company’s chief sustainability officer, Joji Tagawa, said in an email. But “in other markets, we will gradually switch to electrified vehicles.”

In the meantime, the company will heavily promote its newer hybrid technology, which it calls e-Power: essentially, an electric motor powered by a gas generator.

In Japan, the lack of government enthusiasm for emission-free cars is likely to put its automakers at a serious disadvantage, said Kazuo Yajima, the Leaf’s former lead engineer, who now runs Blue Sky Technology, a company that develops micro-electric vehicles.

China and the European Union have lost the race for hybrid technology, Mr. Yajima said, so their governments have made a strategic decision to invest in the development of electric cars, including key technologies like batteries.

Japanese automakers’ reluctance to make the leap to all-electric vehicles, Mr. Yajima said, could lead them to suffer the same fate as the country’s consumer electronics firms, which have largely faded into irrelevance because of their failure to stay ahead of market trends.

Mr. Inoue agrees. The automotive sector is “the final battlefield” for Japanese industry, he said.

“Now Japan is winning,” he said, “but I think in 10 years if we lose the opportunity to move to the electric vehicles field, we may lose.”

WASHINGTON — The Russian military buildup at the Ukraine border and in Crimea could provide enough forces for a limited military incursion, the C.I.A. … END_OF_DOCUMENT_TOKEN_TO_BE_REPLACED 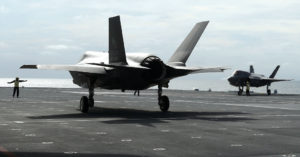 WASHINGTON — The Biden administration plans to suspend the sale of many offensive weapons to Saudi Arabia approved under the Trump administration, but … END_OF_DOCUMENT_TOKEN_TO_BE_REPLACED