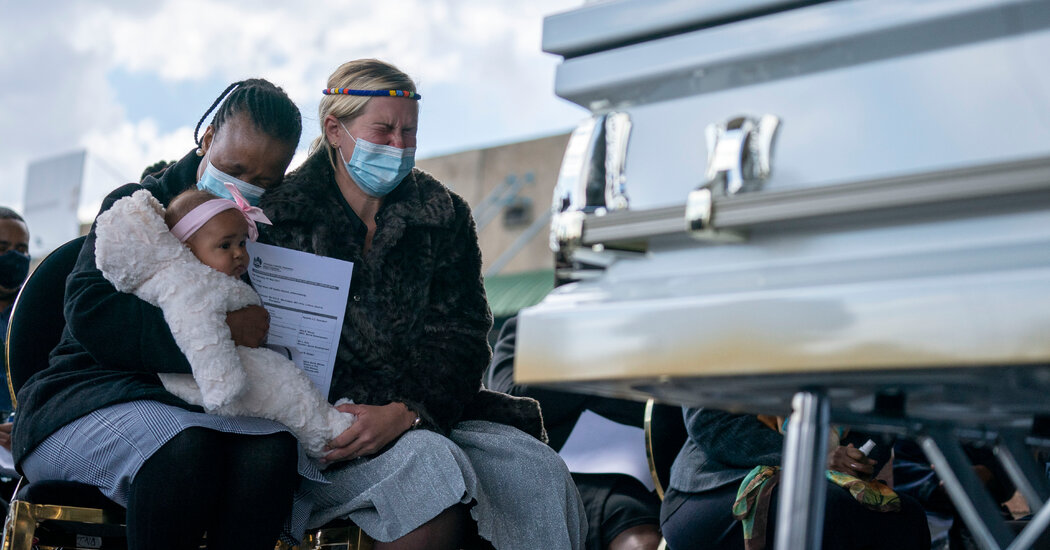 Mr. Myeni and his wife moved to the United States in January 2020.

In a lengthy telephone interview, Ms. Myeni recalled how they met in 2016 at a hostel in Durban, a city on South Africa’s east coast. A professional rugby player, he was playing an away game; she was on a three-day layover during a Christian missionary trip around the world.

Mr. Myeni liked to sing, and once auditioned for the show “Idols South Africa.” He was also a longtime member of Scouts South Africa, leading wilderness camps for children.

The couple married 18 months after they met, and spent their first few years in South Africa, living in his hometown.

Their decision to move the United States, Ms. Myeni said, was driven by her career in real estate. First, they tried Tampa, Fla., but, she said, they found the inequalities between Black and white too reminiscent of South Africa and the legacy of apartheid.

“Every house we looked at, you could either be in a really poor Black neighborhood or a snobby rich white neighborhood, and neither of those fit us,” Ms. Myeni said. “We wanted somewhere where people are progressing and doing well but also, is it safe for us as a mixed couple?”

Next they tried Denver. They had once spent six months there, and it was home to the Glendale Merlins, a rugby team Mr. Myeni could join while he waited for a work permit.

Even before his death in Honolulu, Mr. Myeni had sometimes felt targeted by the police in his new country. In Austin, Texas, he was arrested at a nightclub while traveling with his rugby team, a teammate said, then released without charges. And in Denver, he was stopped by the police while walking to rugby practice. 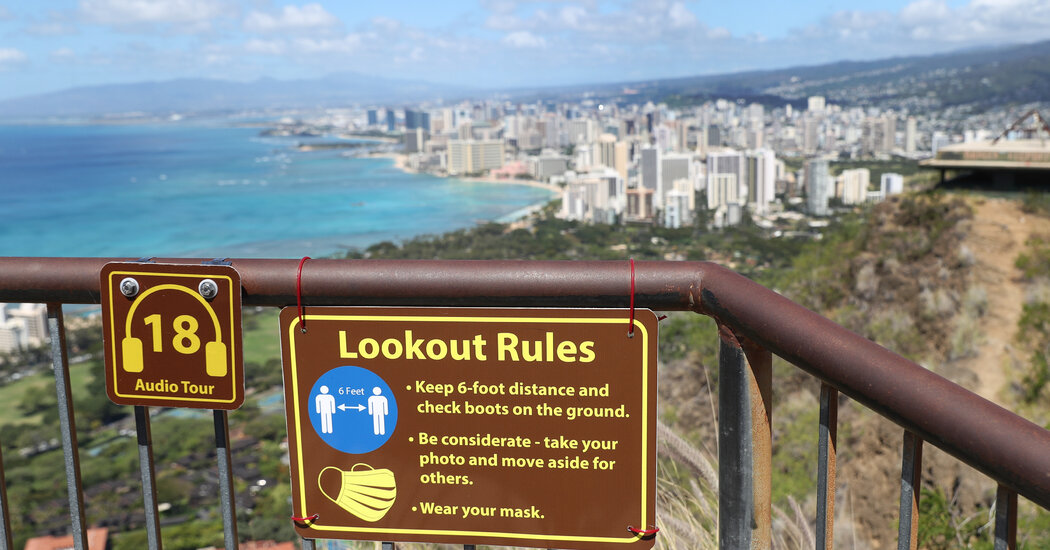 After the outbreak of the pandemic, Governor David Ige issued an executive order ceasing the disbursement of hotel and other transient accommodation taxes paid by visitors to the agency. Those funds have, since last year, been utilized to support other government operations.

Many are hopeful that John De Fries, who became the chief executive of the Tourism Authority in September, will be able to lead the islands into an era where tourism is more regenerative than extractive. Mr. De Fries is the first native Hawaiian to lead the organization and business owners who rely on tourism are counting on him to represent their interests as he thinks about how to market the islands in a post-pandemic world.

“We are at a time when our very survival is at stake,” Mr. De Fries said. “We understand that there are currencies other than cash that we have to reconcile. Some of those other currencies are the natural environment, a sense of well-being in the community. There’s currency in ensuring that Hawaiian cultural traditions are and should be protected.”

In January 2020, the tourism authority created a 2020-2025 strategic plan with four pillars or areas of focus — natural resources, Hawaiian culture, community and brand marketing — to manage tourism responsibly going forward. When the pandemic hit, the agency decided to continue working on the plan. In particular, it kept consulting with residents about how they feel about tourism.

Mr. De Fries, who grew up in Waikiki and has seen tourism turn to overtourism over the past three decades, said that his approach for moving forward will emphasize regenerative travel through the Hawaiian ancestral idea of malama which means “to nurture.” The four pillars, he said, will be a guiding force.

“Everyone I talk to — hotel owners, elders, even the people who don’t like tourism — agrees that we all want future generations to have a natural resource base that’s in better condition than it is now, so we have to care for it and anyone with any aloha for this place will understand that.”

It’s a lesson that other overtouristed destinations might learn from.

The lawsuits argue that state constitutions offer more protection for abortion than the federal constitution, either by quirk of state tradition or … END_OF_DOCUMENT_TOKEN_TO_BE_REPLACED

An affordable center-chimney Colonial in Glastonbury, CT, is the oldest property to hit the market this week on Realtor.com®.Offered at a steep … END_OF_DOCUMENT_TOKEN_TO_BE_REPLACED