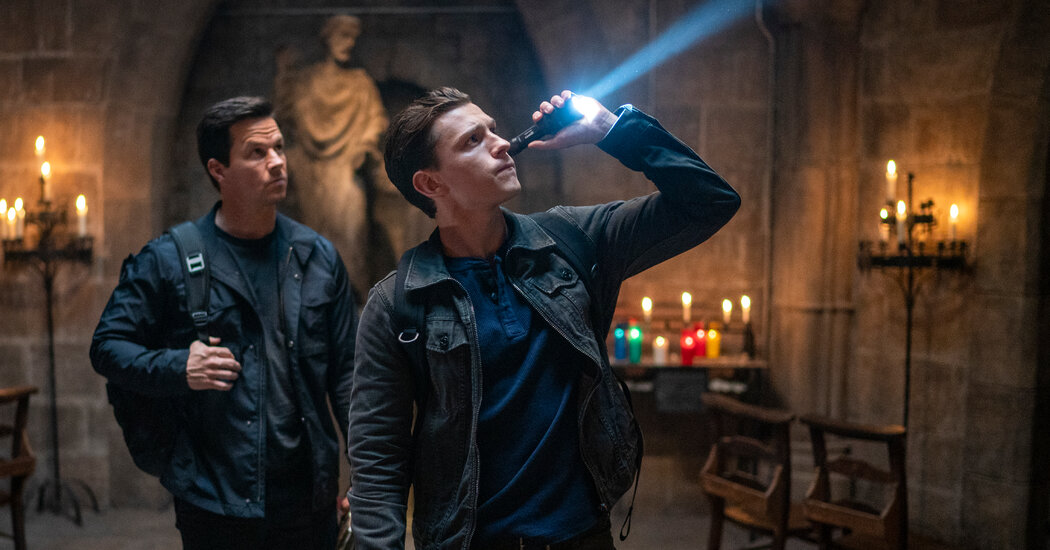 LOS ANGELES — For 28 years, ever since “Super Mario Bros.” arrived in cinemas with the tagline “This Ain’t No Game,” Hollywood has been trying and mostly failing — epically, famously — to turn hit video games into hit movies. For every “Lara Croft: Tomb Raider” (2001), which turned Angelina Jolie into an A-list action star, there has been a nonsensical “Max Payne” (2008), an abominable “Prince of Persia” (2010) and a wince-inducing “Warcraft” (2016).

If video games are the comic books of our time, why can’t Hollywood figure out how to mine them accordingly?

It may finally be happening, powered in part by the proliferation of streaming services and their need for intellectual property to exploit. “The need for established, globally appealing I.P. has naturally led to gaming,” Matthew Ball, a venture investor and the former head of strategy for Amazon Studios, wrote last year in an essay titled “7 Reasons Why Gaming I.P. Is Finally Taking Off in Film/TV.”

Sony Pictures Entertainment and its PlayStation-powered sibling, Sony Interactive, are finally working together to turn PlayStation games into mass-appeal movies and television shows. There are 10 game adaptations in the Sony Pictures pipeline, a big leap from practically none in 2018. They include “Uncharted,” a $120 million adventure based on a 14-year-old PlayStation property (more than 40 million copies sold). “Uncharted” stars Tom Holland, the reigning Spider-Man, as Nathan Drake, the treasure hunter at the center of the game franchise. It is scheduled for release in theaters on Feb. 18.

post-apocalyptic game of the same title. Pedro Pascal, “The Mandalorian” himself, is the star, and Craig Mazin, who created the Emmy-winning mini-series “Chernobyl,” is the showrunner. Executive producers include Carolyn Strauss, one of the forces behind “Game of Thrones,” and Neil Druckmann, who led the creation of the Last of Us game.

Sony games like Twisted Metal and Ghost of Tsushima are also getting the TV and film treatment. (Contrary to speculation, one that is not, at least not anytime soon, according to a Sony spokesman: God of War.)

In the past, Sony Pictures and Sony Interactive operated as fiefs, with creative control — it’s mine; no, it’s mine — impeding adaptation efforts. When he took over as Sony’s chief executive in 2018, Kenichiro Yoshida demanded cooperation. The ultimate goal is to make better use of Sony’s online PlayStation Network to bring Sony movies, shows and music directly to consumers. PlayStation Network, introduced in 2006, has more than 114 million monthly active users.

“I have witnessed a radical shift in the nature of cooperation between different parts of the company,” said Sanford Panitch, Sony’s movie president.

Halo,” a series based on the Xbox franchise about a war between humans and an alliance of aliens (more than 80 million copies sold), will arrive on the Paramount+ streaming service early next year; Steven Spielberg is an executive producer. Lionsgate is adapting the Borderlands games (roughly 60 million sold) into a science fiction film starring Cate Blanchett, Kevin Hart and Jamie Lee Curtis.

Buoyed by its success with “The Witcher,” a fantasy series adapted from games and novels, Netflix has shows based on the “Assassin’s Creed,” “Resident Evil,” “Splinter Cell” and “Cuphead” games on the way. Jonathan Nolan and Lisa Joy, the duo behind HBO’s “Westworld,” are developing a science-fiction show for Amazon that is based on the Fallout video game franchise.

And Nintendo and Illumination Entertainment, the Universal Pictures studio responsible for the “Despicable Me” franchise, have an animated Mario movie headed to theaters next year — another new collaboration between a game publisher and a film company.

Still, Hollywood’s game adaptation track record is terrible. Why should the coming projects be any different?

For a start, the games themselves have evolved, becoming more intricate and cinematic. “Games have stories that are so much more developed and advanced than they used to be,” Mr. Panitch said.

first major game adaptation in three decades to receive a “fresh” designation on Rotten Tomatoes, the review-aggregation site. Since then, two more adaptations, “Sonic the Hedgehog” (Paramount) and “The Angry Birds Movie 2” (Sony) have been critical and commercial successes.

“Quality has definitely been improving,” said Geoff Keighley, creator of the Game Awards, an Oscars-like ceremony for the industry.

The most recent game-to-film entry, “Mortal Kombat” (Warner Bros.), received mixed reviews but has taken in $41.2 million in the United States since its release last month, a surprisingly large total considering it was released simultaneously on HBO Max and theaters were still operating with strict coronavirus safety protocols.

Mr. Panitch acknowledged that “video game movies have a checkered history.” But he added, “Failure is the mother of invention.”

Game adaptations, for instance, have often faltered by trying to rigidly replicate the action and story lines that fans know and love. That approach invites comparison, and movies (even with sophisticated visual effects) almost always fail to measure up. At the same time, such “fan service” turns off nongamers, resulting in films that don’t connect with any particular audience.

“It’s not just about adapting the story,” said Michael Jonathan Smith, who is leading Sony’s effort to turn Twisted Metal, a 1995 vehicular combat game, into a television series. “It’s about adapting how you feel when you play the game. It has to be about characters you care about. And then you can slide in the Easter eggs and story points that get fans absolutely pumped.”

“Uncharted” is a prequel that, for the first time, creates origin stories for the characters in the game. With any luck, such storytelling will satisfy fans by giving them something new — while also inviting nongamers, who may otherwise worry about not knowing what is going on, to buy tickets. (The producers of “Uncharted” include Charles Roven, who is known for the “Dark Knight” trilogy.)

“It’s a question of balance,” said Asad Qizilbash, a senior Sony Interactive executive who also runs PlayStation Productions, an entity started in 2019 and based on Sony’s movie lot in Culver City, Calif.

Unlike in the past, when Sony Pictures and Sony Interactive pledged to work together and ultimately did not, the current collaboration “has weight because there is a win for everyone,” Mr. Qizilbash added. “We have three objectives. Grow audience size for games. Bring product to Sony Pictures. Showcase collaboration.”

The stakes are high. A cinematic flop could hurt the game franchise.

MUSCATINE, Iowa--(BUSINESS WIRE)--HNI Corporation (NYSE: HNI) announced today its Board of Directors declared a quarterly dividend of 32 cents per … END_OF_DOCUMENT_TOKEN_TO_BE_REPLACED

If you’re superstitious, today is your day.That's because it's Friday the 13th (the only one of the year, in fact). It's a day when bad juju reigns … END_OF_DOCUMENT_TOKEN_TO_BE_REPLACED

CHARLOTTE, NORTH CAROLINA - OCTOBER 20: Chris Duarte #3 of the Indiana Pacers defends Gordon Hayward ... [+] #20 of the Charlotte Hornets during their … END_OF_DOCUMENT_TOKEN_TO_BE_REPLACED