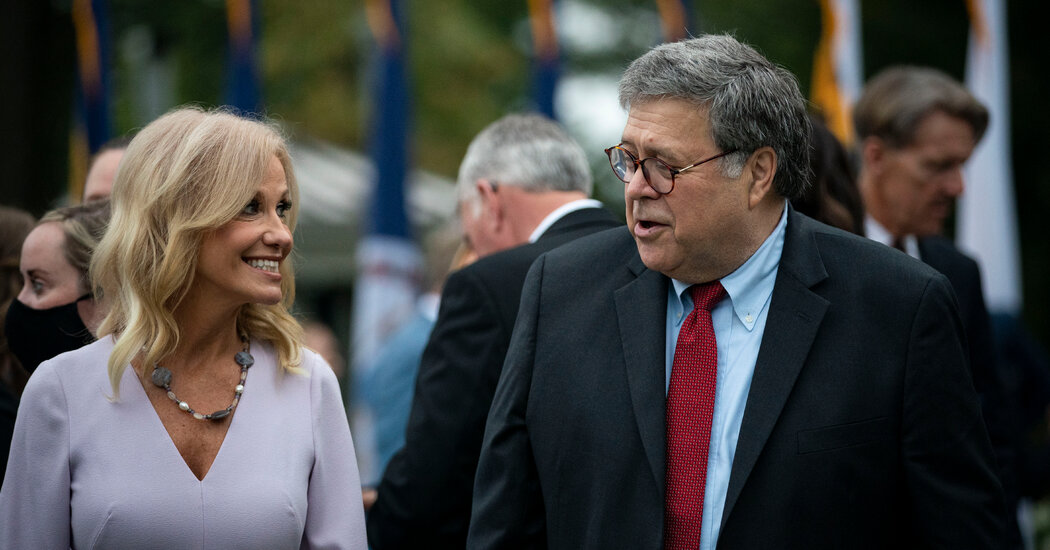 After the 2020 election, those ideals have been tested in unprecedented ways.

“There is a tension there — on the one hand, I’ve always believed, and I still believe fervently, that we need to publish major voices that are at the center of the national conversation, whether we agree with them or not,” said Adrian Zackheim, the president and publisher of two Penguin Random House imprints, including Sentinel, which is geared toward conservative books. “On the other hand, we have to be leery of public figures who have come to be associated with blatant falsehoods.”

At the same time, conservative publishers and some literary agents say there is enormous demand for books from voices on the right, particularly now that Republicans are out of power, and publishers are demonstrating that they are eager to work with politicians they regard as acceptable mainstream conservatives. Politico reported that William P. Barr, Trump’s former attorney general, sold a book about his role at the Justice Department. Sentinel acquired a book by Supreme Court Justice Amy Coney Barrett, whose appointment by Mr. Trump last year caused an uproar on the left. Ms. Conway’s book will be published by Threshold, a Simon & Schuster imprint focused on conservative titles, though a person familiar with it said it would be more of a memoir than a standard political book.

The company published several political blockbusters last year, including Mary L. Trump’s “Too Much and Never Enough” and John R. Bolton’s “The Room Where It Happened.” This year has been more complicated.

In January, Simon & Schuster dropped plans to release Mr. Hawley’s book following criticism of his efforts to overturn the election and accusations that he helped incite the Capitol riot on Jan. 6. This month, it said it would not distribute a title, published by Post Hill Press, a small publisher in Tennessee, by one of the police officers in the raid that killed Breonna Taylor.

“We come to work each day to publish, not cancel,” Mr. Karp wrote, “which is the most extreme decision a publisher can make, and one that runs counter to the very core of our mission to publish a diversity of voices and perspectives.”

ROSWELL, Ga.--(BUSINESS WIRE)--Berkshire Hathaway HomeServices Georgia Properties, one of the largest and most successful real estate organizations in … END_OF_DOCUMENT_TOKEN_TO_BE_REPLACED

The real estate market seems to have a split personality.On the positive side for homebuyers, the number of properties for sale shot up by a … END_OF_DOCUMENT_TOKEN_TO_BE_REPLACED

Kim Tae-Ri plays a gun-toting time traveler in 'Alienoid.' Well Go USA Director Choi Dong-hoon likes a challenge. That much is apparent in his latest … END_OF_DOCUMENT_TOKEN_TO_BE_REPLACED