FORT MYERS, Fla., Oct 5 (Reuters) – U.S. President Joe Biden met with Florida Governor Ron DeSantis on Wednesday to assess the devastation from Hurricane Ian, and stressed the need for a united federal and state effort for the lengthy recovery ahead.

Biden, a Democrat, and DeSantis, his potential 2024 Republican presidential rival, have clashed over multiple issues including COVID-19 vaccines, abortion and LGBT rights.

They largely set those differences aside during the visit to hard-hit Fort Myers as Biden pledged federal support for a cleanup and rebuilding effort that could cost taxpayers billions of dollars and take years to complete.

Biden and DeSantis greeted each other warmly and stood shoulder to shoulder as they met with victims of the hurricane.

“Mr. President, welcome to Florida. We appreciate working together across various levels of government,” DeSantis, often a blistering critic of the president, told Biden during remarks after the tour.

“We’re in this together,” said Biden, who referred to DeSantis as ‘Guv,’ and complimented the “good job” the governor had done. “We’ve worked hand-in-glove. We have very different political philosophies.”

More than 100 people died and nearly 400,000 homes and businesses remained without power in Florida on Tuesday, five days after Hurricane Ian crashed across the state.

Biden opened his remarks by saying the storm showed climate change was real and needed to be addressed, something some in DeSantis’s Republican party have denied. “I think the one thing this has finally ended is a discussion about whether or not there’s climate change and we should do something about it,” he said.

The president also stressed the amount of federal help Florida receive for storm aid and as part of Democrat-backed spending, including $13 billion over the next five years for highways and bridges.

“The key here is building back better and stronger to withstand the next storm. We can’t build back to what it was before. You got to build back better, because we know more is coming,” he said.

Federal Emergency Management Agency Administrator Deanne Criswell said it would cost the federal government billions of dollars to repair the damage from the storm.

“We are still very much in the lifesaving and stabilization mode. They are just beginning the assessments of what the actual extent of damages to the infrastructure. It’s going to be in the billions,” Criswell told reporters on Air Force One.

Biden and Criswell also suggested Wednesday that Florida’s insurance industry, which faces tens of billions of dollars in losses for the storm, could come under increasing scrutiny.

Fort Myers Mayor Ray Murphy, who also manages commercial real estate, told Reuters he and Biden were having a friendly chat and “trying to encourage each other” in a colorful exchange picked up by a microphone.

“No one fucks with a Biden,” the president told Murphy, to which the mayor replied: “You’re goddamn right … That’s exactly right.”

Murphy, elected on a nonpartisan basis, said there was no mention of DeSantis in the brief conversation.

Biden visited Florida in July after a condominium complex collapsed and killed nearly 100 people, and stressed cooperation with DeSantis at the time.

But before Hurricane Ian hit, Biden had planned a rally in the political battleground state where Democratic officials expected the president to attack the governor.

On climate change, Biden has made reducing carbon emissions a focus of his presidency, while DeSantis backed funding to harden Florida’s defenses against flooding but also opposed some previous disaster-relief aid and pushed pension funds not to consider environmental impact when they invest. 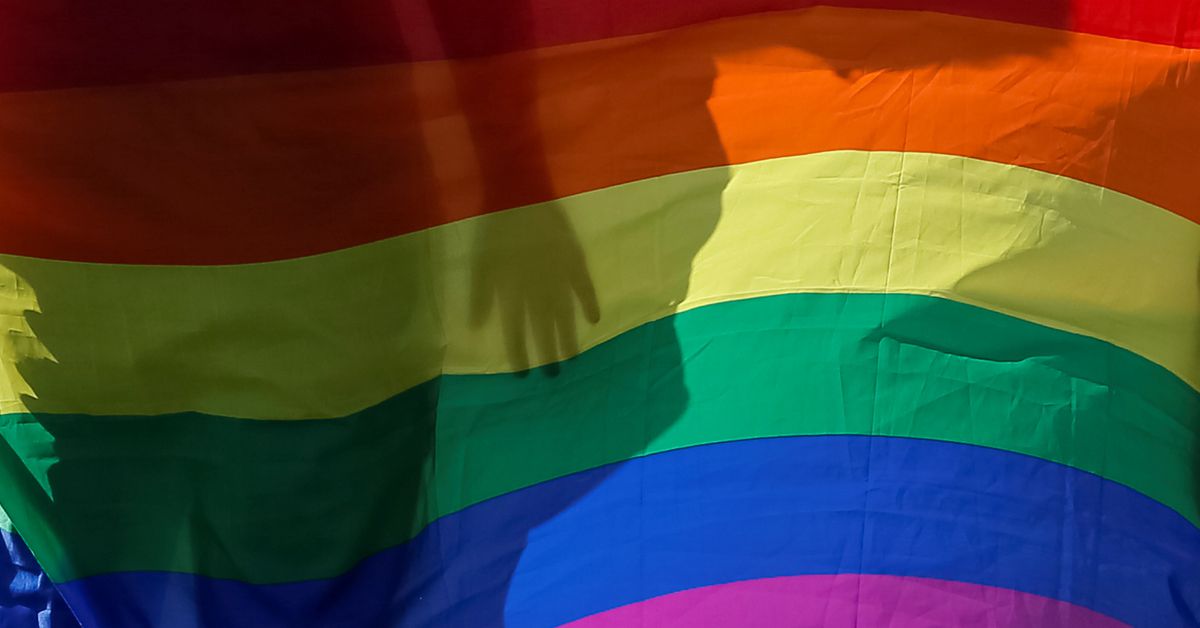 An LGBT activist attends a rally against Homophobia and Transphobia in Kiev, Ukraine, May 17, 2017. REUTERS/Gleb Garanich

DUBAI, Sept 5 (Reuters) – Two women have been sentenced to death in Iran on charges of “corruption on earth” and human trafficking over the last few days, Iran’s official IRNA news agency reported on Monday.

Advocates and rights group took to social media to share pictures of the two women, saying they are LGBT rights activists and are innocent. The pictures could not be verified by Reuters.

“Contrary to news published online, the sentenced have deceived and trafficked young women and girls out of the country by promising them educational and work opportunities, thus leading to the suicide of several of their victims,” IRNA said.

“Corruption on earth” is a term Iranian authorities use to refer to a broad range of offences, including those related to Islamic morals.

Western rights groups have often criticised Iran for its treatment of LGBT issues. Under Iran’s legal system, homosexual acts can be punished by the death penalty. 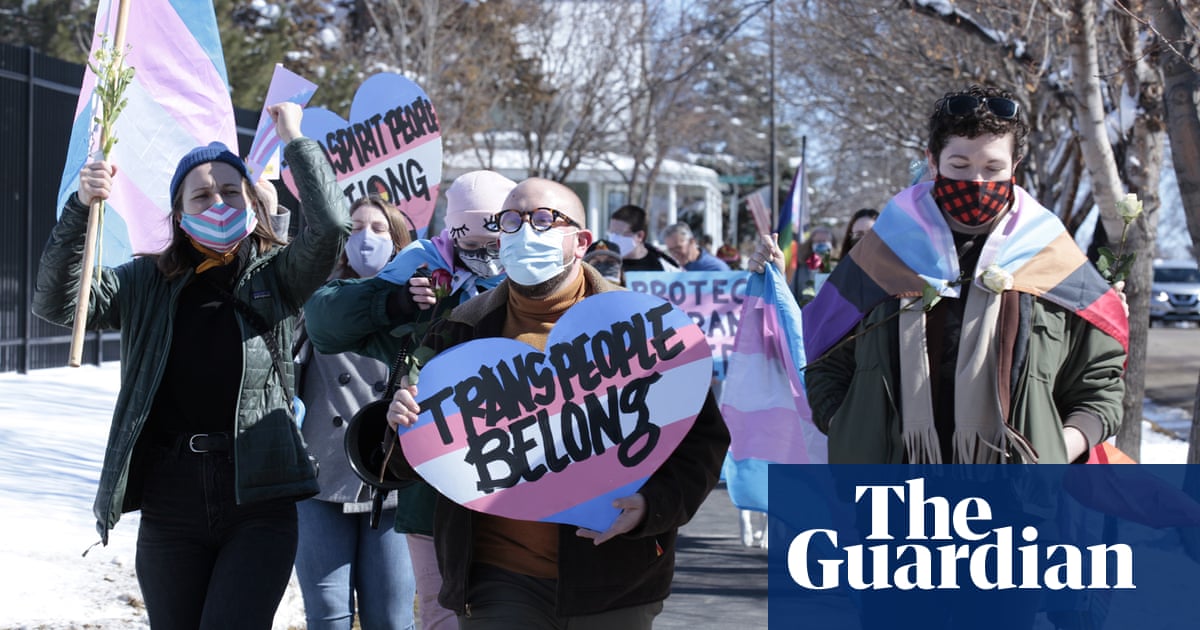 Arkansas lawmakers have approved a ban on gender-affirming healthcare for transgender children, sending the governor a bill that has been widely criticized by medical and child welfare groups.

The Senate voted 28-7 on Monday in favor of the legislation. If the bill is enacted it would be the first prohibition of its kind in the country, opponents say. The bill would prohibit doctors from providing gender confirming hormone treatment or surgery to minors, or from referring them to other providers for the treatment. It also allows private insurers to refuse to cover gender-affirming care for trans people of any age.

The legislation restricts treatments that have been endorsed by major medical associations and human rights groups. They say the care is well established and part of a gradual process that has been shown to dramatically improve the mental health of the most vulnerable kids.

The state’s governor Asa Hutchinson a Republican, has not said whether he supports the measure, but has previously supported anti-trans bills. He has five days, not counting Sunday, after the bill reaches his desk to sign or veto the legislation before it becomes law without his signature.

The measure is among dozens of bills targeting trans people that have advanced in Arkansas and other states this year. Arkansas, Mississippi and Tennessee have enacted measures prohibiting trans girls and women from competing in school sports teams consistent with their gender identity. On Monday, South Dakota’s governor also issued an executive order to prohibit trans girls from playing on girls’ sports teams.

Conservative legislators have introduced more than 80 bills restricting trans rights in the US so far this year – most that would either block trans kids’ use of gender-affirming care or limit their access to certain sports teams. It is the highest number of anti-trans legislative proposals ever filed in a single year.

Hutchinson on Friday signed a law that would allow doctors to refuse to treat someone because of religious or moral objections, a move that opponents say could be used to turn away LGBTQ+ patients.

Opponents of the measure include the American Academy of Pediatrics. The American Civil Liberties Union said it plans legal action to block the treatments ban if it’s signed into law.

If signed, the ban would take effect later this summer.

AUSTIN, Texas--(BUSINESS WIRE)--As the first multifamily management company to be recognized in the Public Relations and Marketing Excellence Awards, … END_OF_DOCUMENT_TOKEN_TO_BE_REPLACED

There have been whispers of cooling housing and rental prices in the San Francisco Bay Area, but that hasn't yet translated into practical, noticeable … END_OF_DOCUMENT_TOKEN_TO_BE_REPLACED

Cars pass in Independence Square at twilight in Kyiv, Ukraine, Monday, Oct. 31, 2022. Rolling ... [+] blackouts are increasing across Ukraine as the … END_OF_DOCUMENT_TOKEN_TO_BE_REPLACED