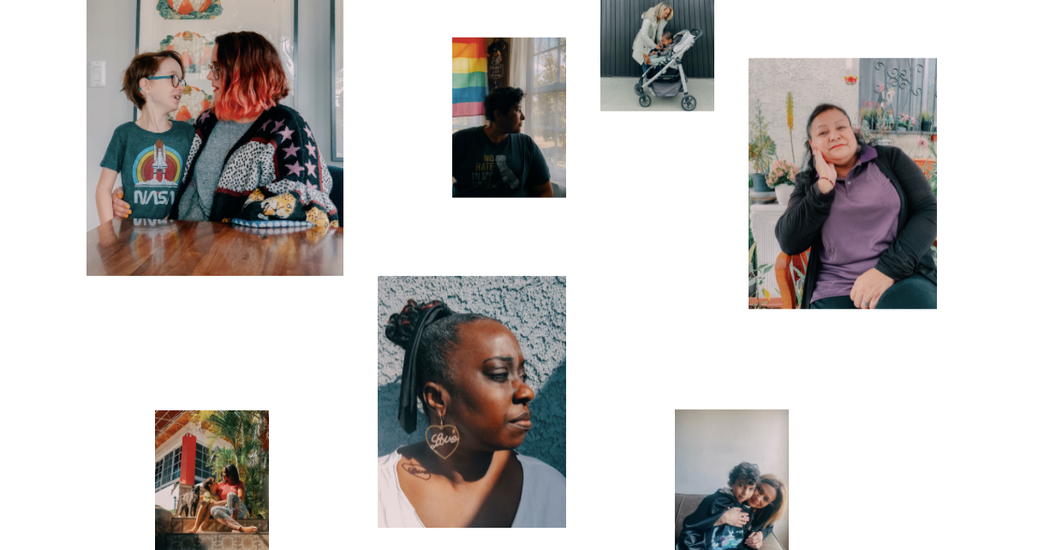 As a freelance photographer, I was contacted by The New York Times in February to create a series of portraits of 15 mothers in Los Angeles who had been forced out of their jobs because of the pandemic.

I had become a mother during the pandemic, so this story struck a particular chord with me. I had lost some work as the coronavirus shut down the country, and it scared me to begin motherhood while record numbers of women were leaving the work force.

As soon as I had my heart set on taking the assignment, my editor, Crista Chapman, and I realized this would be difficult to execute. I was working in Florida for a few months and would need at least a week in California, and my doctor advised against being away from my breastfeeding infant for multiple days. Also, Los Angeles County was just beginning to recover from a devastating wave of Covid-19, so the initial plan for me to photograph everyone at their homes or in an open studio space was scrapped.

I thought I was going to have to pass on the assignment all together, which felt particularly ironic. But I didn’t want to give up, so I decided to get creative and pitched remote portrait sessions with the women. I knew these might be a little trickier because all of our subjects were busy moms without a lot of time to deal with technology. So, to ensure I could pull this off, I did a practice session with my sister-in-law and her kids. I could use those images as a step-by-step guide for all the sessions, and Crista signed off on the idea.

I emailed and called each woman with the general plan for the photo shoot and then jumped right into the work.

I set up a video call, usually with my daughter on my lap, so a different kind of intimacy was quickly developed. We could relate to each other as mothers, which broke any awkwardness that might be felt from FaceTiming with a stranger. My daughter would giggle, their child would shove a stuffed animal on camera, and we would share stories about what we had been through over the past year.

While we chatted, I would have each woman take me on a tour of her space and show me anything that reminded her of life before Covid. This typically took about 30 minutes while I figured out lighting and composition. Once we decided on the space, I would have her set her camera up on whatever she could find — a chair, bookshelf, laptop stand or kitchen table. Then I would have her sit with her kids.

The women would set up the camera while I gave directions. Sometimes I had a child, husband or translator hold the phone and help me out. I was always clicking the capture button.

A big part of my process is watching body language and documenting, with minimal direction, how people occupy space. To create organic, intimate images that tell a story, I usually have to share physical space with the people I photograph. So, remote shoots introduced a totally new dynamic.

I typically work to create images with a sense of familiarity and closeness, and by creating remote photos this way, I was able to go (virtually) into these women’s homes and capture their daily life with their children in a new way, creating really intimate portraits that were much more immediate than they would have been had we done the photos in person as planned.

I wanted to capture the feeling many of us have experienced communicating with family and friends through our phones and computers this past year, and this approach provided a different level of engagement.

Since the shoot, I’ve continued working while raising our daughter. I think of those women often and wonder how they all feel as life in Los Angeles is opening back up. I don’t take for granted the work that I’ve gotten, and I hope we all collectively remember the women who are still at home, still taking care of the kids with their lives on hold.

About an hour outside of the capital city of San Juan, the sumptuous spread known as Hacienda Illusion is now on the market for $48 million. For a … END_OF_DOCUMENT_TOKEN_TO_BE_REPLACED

Kids at Hilton Aruba play with the resident birds. Hilton Aruba As summer nears, hotels around the world are making big changes and refreshing their … END_OF_DOCUMENT_TOKEN_TO_BE_REPLACED

In 1789, before the slave rebellion, the marquis bought 21 recently kidnapped Africans before leaving for France. But he didn’t indicate where they … END_OF_DOCUMENT_TOKEN_TO_BE_REPLACED