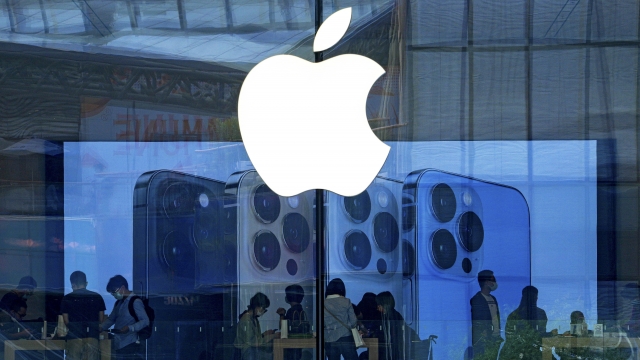 Apple did not say in the reports how, where or by whom the vulnerabilities were discovered. In all cases, it cited an anonymous researcher.

Apple disclosed serious security vulnerabilities for iPhones, iPads and Macs that could allow attackers to take complete control of these devices.

Apple released two security reports about the issue on Wednesday, although they didn’t receive wide attention outside of tech publications.

Apple’s explanation of the vulnerability means a hacker could get “full admin access” to the device. That would allow intruders to impersonate the device’s owner and subsequently run any software in their name, said Rachel Tobac, CEO of SocialProof Security.

Security experts have advised users to update affected devices — the iPhone6S and later models; several models of the iPad, including the 5th generation and later, all iPad Pro models and the iPad Air 2; and Mac computers running MacOS Monterey. The flaw also affects some iPod models.

Apple did not say in the reports how, where or by whom the vulnerabilities were discovered. In all cases, it cited an anonymous researcher.

Commercial spyware companies such as Israel’s NSO Group are known for identifying and taking advantage of such flaws, exploiting them in malware that surreptitiously infects targets’ smartphones, siphons their contents and surveils the targets in real time.

NSO Group has been blacklisted by the U.S. Commerce Department. Its spyware is known to have been used in Europe, the Middle East, Africa and Latin America against journalists, dissidents and human rights activists.

Security researcher Will Strafach said he had seen no technical analysis of the vulnerabilities that Apple has just patched. The company has previously acknowledged similarly serious flaws and, in what Strafach estimated to be perhaps a dozen occasions, has noted that it was aware of reports that such security holes had been exploited.

Often, untangling the digital threads of such cyberoperations can takes days or weeks, which is one of the appeals of their use in modern conflicts. Sophisticated cybertools have turned up in standoffs between Israel and Iran, and the United States blamed Russia for using hacking to influence the 2016 election in the United States to benefit Donald J. Trump.

Understand Russia’s Relationship With the West

The tension between the regions is growing and Russian President Vladimir Putin is increasingly willing to take geopolitical risks and assert his demands.

Ukraine has long been viewed as a testing ground for Russian online operations, a sort of free-fire zone for cyberweaponry in a country already entangled in a real world shooting war with Russian-backed separatists in two eastern provinces. The U.S. government has traced some of the most drastic cyberattacks of the past decade to Russian actions in Ukraine.

Tactics seen first in Ukraine have later popped up elsewhere. A Russian military spyware strain called X-Agent or Sofacy that Ukrainian cyber experts say was used to hack Ukraine’s Central Election Commission during a 2014 presidential election, for example, was later found in the server of the Democratic National Committee in the United States after the electoral hacking attacks in 2016.

Other types of malware like BlackEnergy, Industroyer and KillDisk, intended to sabotage computers used to control industrial processes, shut down electrical substations in Ukraine in 2015 and 2016, causing blackouts, including in the capital, Kyiv.

The next year, a cyberattack targeting Ukrainian businesses and government agencies that spread, perhaps inadvertently, around the world in what Wired magazine later called “the most devastating cyberattack in history.” The malware, known as NotPetya, had targeted a type of Ukrainian tax preparation software but apparently spun out of control, according to experts.

The attack initially seemed narrowly focused on the conflict between Ukraine and Russia. It coincided with the assassination of a Ukrainian military intelligence officer in a car bombing in Kyiv and the start of an E.U. policy granting Ukrainians visa-free travel, an example of the type of integration with the West that Russia has opposed.

But NotPetya spread around the world, with devastating results, illustrating the risks of collateral damage from military cyberattacks for people and businesses whose lives are increasingly conducted online, even if they live far from conflict zones. Russian companies, too, suffered when the malware started to circulate in Russia.

AUSTIN, Texas--(BUSINESS WIRE)--As the first multifamily management company to be recognized in the Public Relations and Marketing Excellence Awards, … END_OF_DOCUMENT_TOKEN_TO_BE_REPLACED

There have been whispers of cooling housing and rental prices in the San Francisco Bay Area, but that hasn't yet translated into practical, noticeable … END_OF_DOCUMENT_TOKEN_TO_BE_REPLACED

Cars pass in Independence Square at twilight in Kyiv, Ukraine, Monday, Oct. 31, 2022. Rolling ... [+] blackouts are increasing across Ukraine as the … END_OF_DOCUMENT_TOKEN_TO_BE_REPLACED