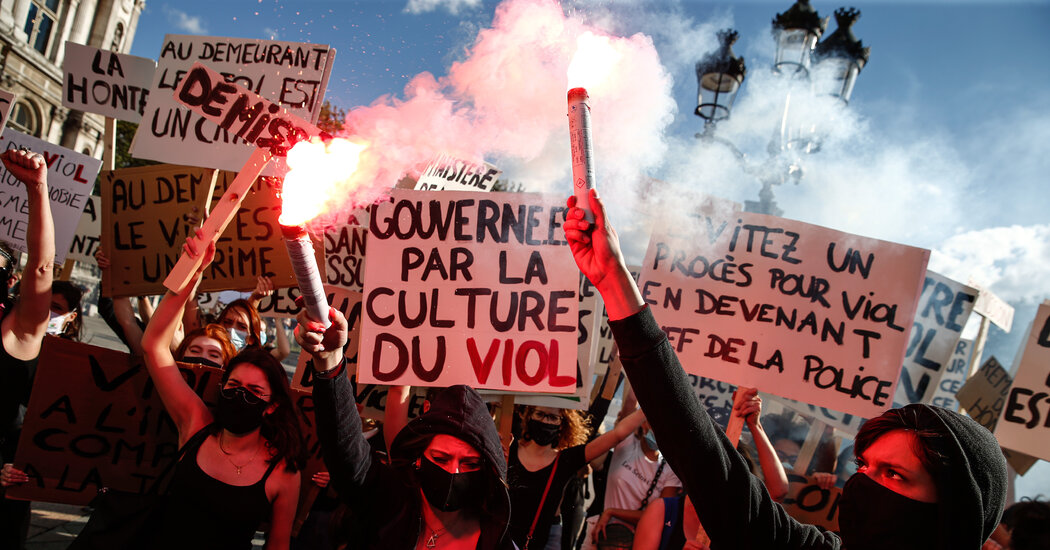 The executive, Eric Brion, did not deny making such comments. But because the two did not work together, Mr. Brion argued the comments did not amount to sexual harassment and sued Ms. Muller for defamation. A ruling in 2019 that ordered Ms. Muller to pay 15,000 euros in damages, around $17,650, was overturned last week.

In 2019, the court said that Ms. Muller had “surpassed the acceptable limits of freedom of expression, as her comments descended into a personal attack.” This time, the judges found that Ms. Muller had acted in good faith, adding that the “#balancetonporc and #MeToo movements had drawn a lot of attention, had been hailed by diverse officials and personalities and had positively contributed to letting women speak freely.”

Camille Froidevaux-Metterie, a leading feminist philosopher, said that it was significant that the men now under investigation were leaders in a diversity of fields. Revelations surrounding them have undermined the myths of Frenchmen as great seducers and of a refined romantic culture where “we, French, in our interplay of seduction, know how to interpret nonverbal signs and we have this art of seduction, a gentle commerce between the sexes,” she said.

“These are men who all embody, in some ways, the old patriarchal order of things — of men of power and men who have used and abused their power to sexually exploit the bodies of others, whether they be women or young men,” Ms. Froidevaux-Metterie said, adding, “Perhaps we are experiencing the first real shock to that system.”

Some conservative intellectuals regard the ever-growing list of accused prominent men as evidence of the contamination of French society by American ideas on gender, race, religion and postcolonialism.

Pierre-André Taguieff, a historian and a leading critic of the American influence, said in an email that “neo-feminist and neo-antiracist ideologues denounce universalism, especially French republican universalism, as a fraud, a deceitful mask of imperialism, sexism and racism.”

The reality is somewhat more complex. Israel’s Supreme Court is weighing the claims of a Jewish organization that has legal title to the Sheikh Jarrah … END_OF_DOCUMENT_TOKEN_TO_BE_REPLACED