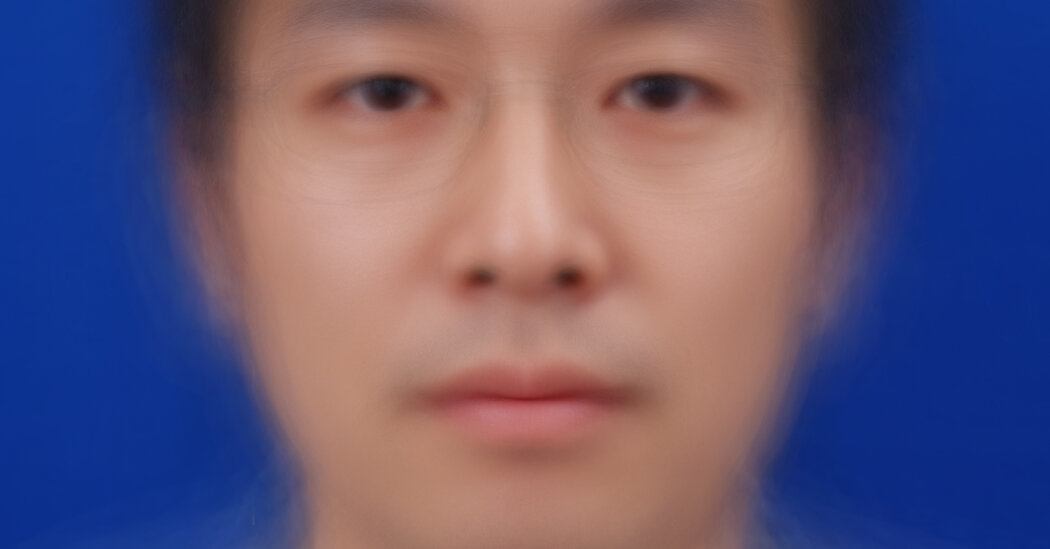 On a recent Tuesday evening, Jully Lee and her boyfriend curled up on the couch and turned on the TV to watch the Ovation Awards, a ceremony honoring stage work in the Los Angeles area that was held virtually this year because of the coronavirus pandemic. Ms. Lee, an actor, had been nominated for her role in the play “Hannah and the Dread Gazebo,” which was in production before the pandemic.

Ms. Lee, 40, had submitted a prerecorded acceptance speech in case she won. During the ceremony, each nominee’s photo was shown as his or her name was announced. When Ms. Lee’s category arrived, her name was called, and a photo appeared on the screen. A photo of the wrong Asian: her colleague Monica Hong. The announcer also mispronounced Ms. Lee’s name.

“I was just stunned,” Ms. Lee said. She added that after a pause, she and her boyfriend started cracking up. “When things are awkward or uncomfortable or painful, it’s much safer to laugh than to express other emotions. It’s like a polite way of responding to things.”

A torrent of hate and violence against people of Asian descent around the United States began last spring, in the early days of the coronavirus pandemic.

The LA Stage Alliance, which hosted the ceremony, disbanded in the wake of outrage over the blunder.

The irony of a mix-up like this wasn’t lost on Ms. Lee. It was rare to even be performing with other Asian actors, rather than competing for the same part. “It’s so funny because when there’s so many Asians, then you can’t tell them apart, but in media there are so few Asians that you can’t tell us apart,” she said. “What is it?”

The invisibility of Asians in pop culture is part of what, scholars say, contributes to the “wrong Asian” experience: When people aren’t accustomed to seeing Asian faces onstage or onscreen, they may have more trouble telling them apart in real life. To put it another way: If all you really have to work with are John Cho, Steven Yeun, Aziz Ansari and Kal Penn, that’s not going to go a long way in training you to distinguish among men of Asian descent offscreen. In contrast, Hollywood has given everyone plenty of training on distinguishing white faces, Dr. Nadal said.

Out of Hollywood’s top 100 movies of 2018, only two lead roles went to Asian and Asian American actors (one male and one female), according to a study by the University of Southern California’s Annenberg School for Communication and Journalism.

Donatella Galella, a professor of theater history and theory at the University of California, Riverside, said that popular culture has long reflected the Western world’s xenophobic views toward Asians, which resulted in placing them in diminished roles onstage and onscreen — the villain, the sidekick. That entrenched a kind of marginalization feedback loop. 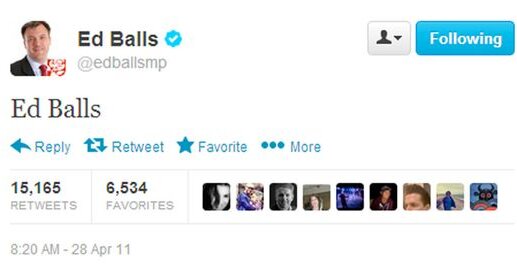 Marie Le Conte, a journalist in London, was originally on board. The first anniversary was even funnier than the day of the original tweet, as it became clear it would have staying power and continue to be noted each year, she said.

At the time, Mr. Balls was seen as a political heavyweight bruiser, and the tweet did not square with his public image. People always love when a politician makes a technological mistake. “Also, to be blunt, his name is Balls,” she said.

But in her view, the joke lost steam after a few years, and she years ago muted the #EdBallsDay hashtag. (It never helps when brands get involved.)

“There was a big split between people that said: ‘OK, we’ve done that, it was quite funny, I mean, two or three anniversaries, whatever, we can move on now,’” Ms. Le Conte said. “And the people who are like: ‘No, we will never move on, for as long as we live we will celebrate Ed Balls Day.’”

Perhaps the closest analog in American politics was covfefe, an apparent typo tweeted mysteriously by President Donald Trump in 2017. It remains an occasional joke of the online left, but there’s no Covfefe Day.

Mr. Balls, who was the shadow chancellor of the Exchequer from 2011 to 2015, said he didn’t believe the tweet changed the trajectory of his career, but he has enjoyed a lighter public image since being voted out in 2015. He has been a contestant on the BBC shows “Strictly Come Dancing” and “Celebrity Best Home Cook,” winning the latter.

Playfully noting that he is right up there with Christopher Columbus, Martin Luther King, Jr., and St. George in having days named after him — “to be fair, they made rather more substantive contributions” — he said he would be fine if this were the last year his day were celebrated. But if people continue to enjoy it, they can have at it, he said.

Now's your chance to live in The Chouse.While it may sound ominous, it's actually just a cute nickname for a church-turned-house, located in the small … END_OF_DOCUMENT_TOKEN_TO_BE_REPLACED

[explosion] In one of the final acts of its 20-year war in Afghanistan, the United States fired a missile from a drone at a car in Kabul. It was … END_OF_DOCUMENT_TOKEN_TO_BE_REPLACED